Printz and Fjerdinstad: two highlights in a sale dedicated to Art Deco, where yesterday's one-of-a-kind pieces met with success at auction today. 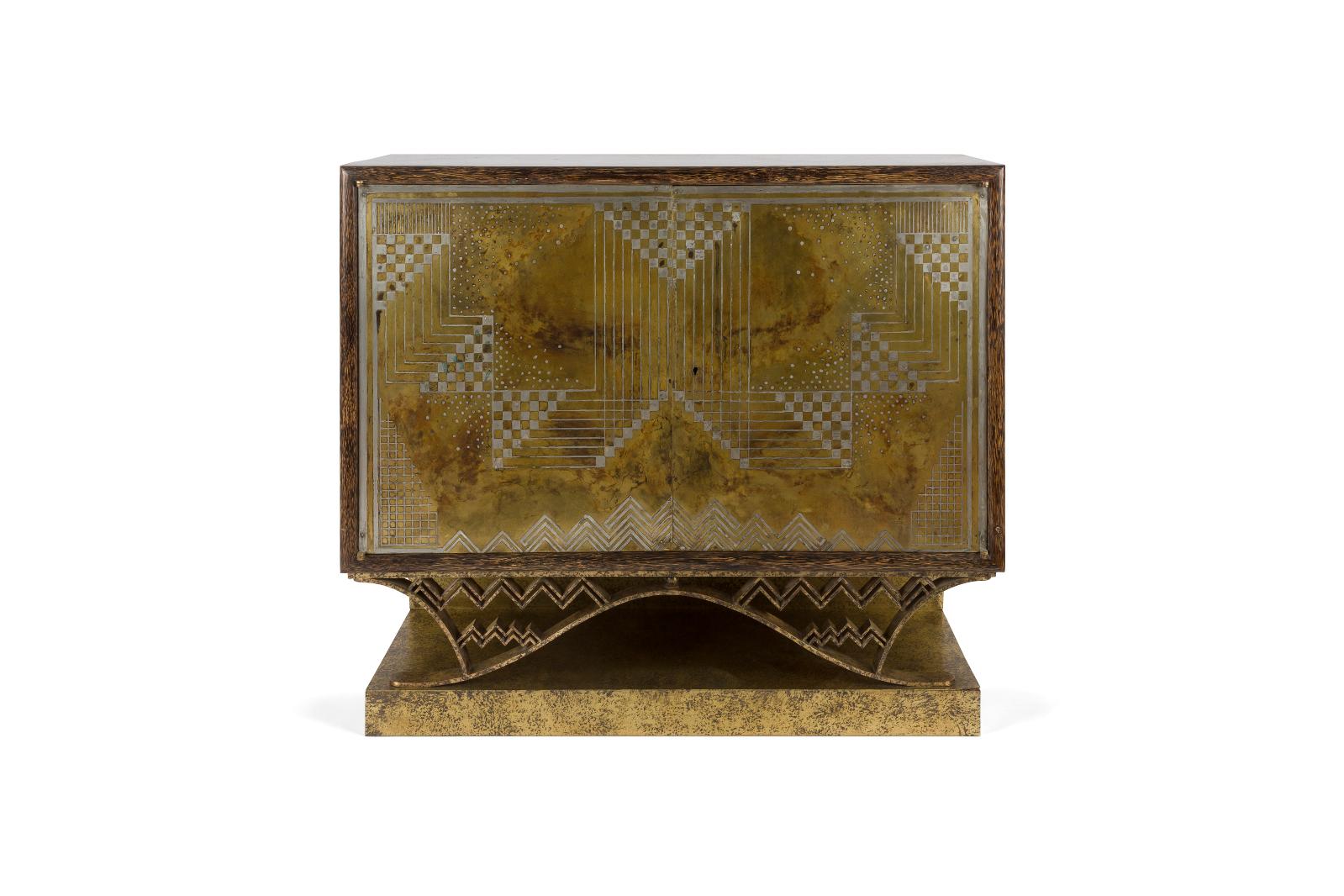 This sitting room cabinet produced jointly by Eugène Printz (1879-1948) and Jean Dunand (1877-1942) for a special commission had considerable appeal because of its originality and connection with these two major names in French Art Deco. It garnered €409,600, doubling its estimate. Swimming along in its metallic wake came the blond horn and amber fishes of a Danish goldsmith, Christian Fjerdingstad (1891-1968), who revealed himself here as a master of luxury pieces. The thirty-odd works from his private collection totalled €227,000, where €25,600 went to a little amber goldfish, €16,640 to a deer's head in horn, €10,880 to a "Fish" brooch in horn and gold, and €32,000 to a pair of four-branch silver candlesticks with a narwhal horn in the centre. The Walking Tigress sculpted by animal artist Roger Godchaux (1878-1958) in a bronze edition of 1931, positively growled with desire, garnering a world record of €75,520 (source: Arnet). And that's not all...

A collector had assembled thirteen pieces from the famous "Visage noir" service by Pablo Picasso (1881-1973), in the form of twelve plates and a dish. The set, made in his Madoura studio in 1948, was knocked down for €76,800. We return to the world of goldwork and jewellery with Jean Després (1889-1980), a designer universally acknowledged for his influence on the revival of these arts. Here, one of his modernist brooches in silver and painted glass, executed in collaboration with the artist Étienne Cournault (1891-1948), fetched €69,120. It could have been part of the exhibition "UAM: a modern adventure" staged at the Centre Pompidou in 2018. This incidentally featured an astounding asymmetrical console by Francis Jourdain (1876-1958) in Norwegian birch wood veneering and nickel-plated metal, dating from ca. 1930. This museum-quality piece left for other shores at €52,480.