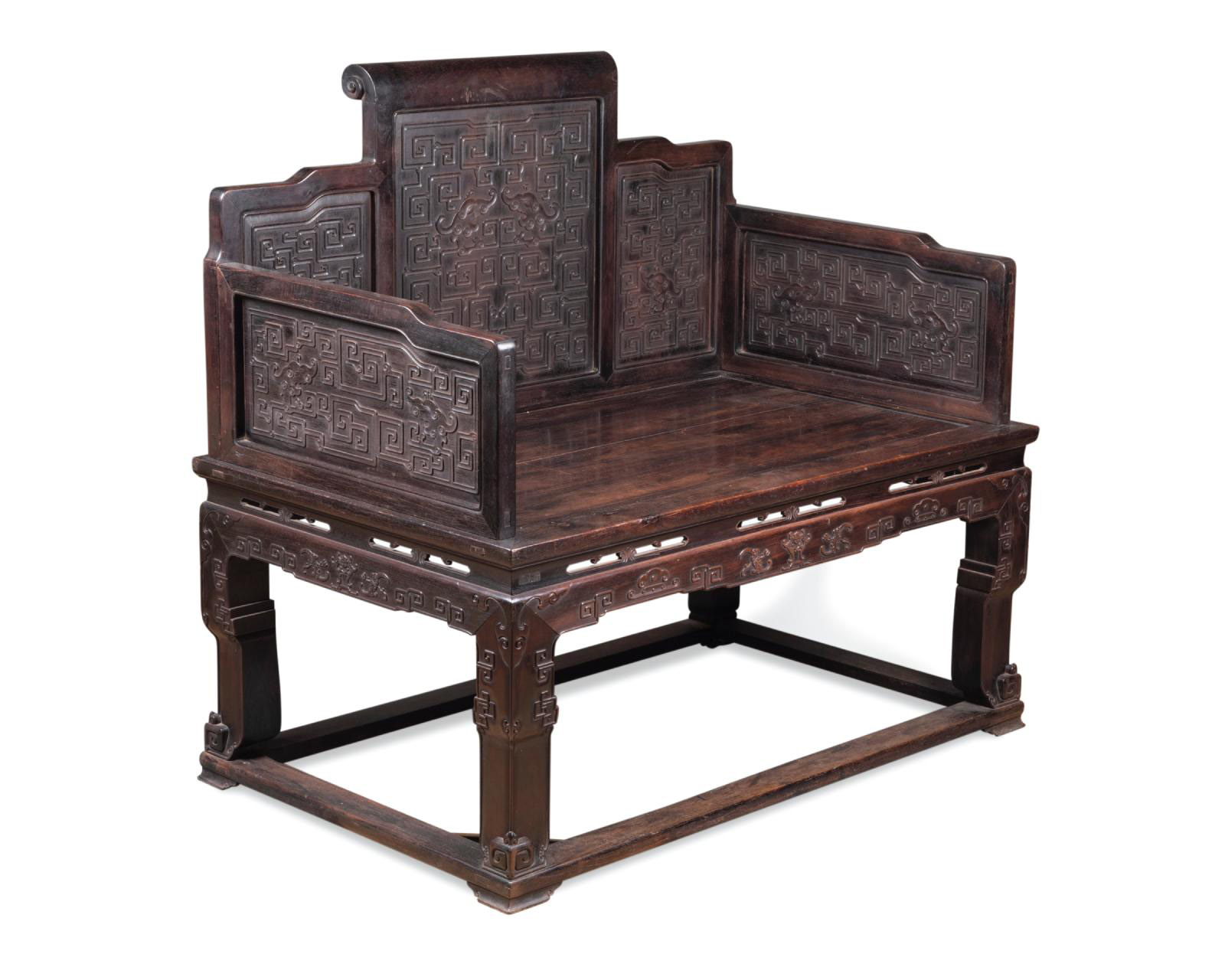 This 19th-century throne carved in zitan, a rare wood highly popular during the Qing dynasty (1644-1912) and often reserved for imperial use, did not go unnoticed at €206,080. The stately seat features auspicious dragons—symbols of the emperor and the sky—a right-angled spiral leiwen pattern evoking lightning and a motif of bats—whose name is a homonym of the Chinese word for happiness. There were other fine results as well. A mushroom lamp by Gabriel Argy-Rousseau with floral decoration and a wrought iron frame with fluted motifs soared past its €3,000 estimate to €21,896. Sculptor, ceramist and glassmaker Argy-Rousseau put pâte de verre back in the forefront in the 1910s, featuring naturalistic motifs to which he long remained faithful. Rousseau’s technical innovations allowed him to play with textures, marbled effects and shimmering colors, such as the mauve and red shades here (h. 31 cm/12.20 in). The Art Nouveau spirit inspired Maurice Bouval’s pair of gilded bronze candelabras cast c. 1898 by "Thiébault Frères, Fumière et Gavignot successeurs", which fetched €18,032. Called Obsession or Rêve (Dream), its women with vine-like bodies seem to be one with the branches carrying the lights (h. 50 cm).

The Moon’s Influence on Chinese Porcelain
Newsfeed
See all news
The Louvre's Acquisitions Totaled Only €10.21M in 2021
“Complete and Intact” Roman Temple Found in the Netherlands
A First Work by Swiss Painter Ernest Biéler Joins the Orsay Museum
Ngonnso’ Restitution to Cameroon Gets the Green Light in Germany
Not to be missed
Lots sold

With two preemptions, a world record and a total result exceeding...

A French Record for Georges Mathieu, a Father...

Many international bidders vied for this eagerly anticipated painting...

Red and Gold for Vietnam, Blue and White for ...

This sale of fine jewelry in the Var, in southern France, recalled...