A Superlative Selection of “Oeuvres Choisies” at Drouot

This quarter’s “Oeuvres Choisies” gathers hundreds of extraordinary objects that will convince you to put these regular exhibitions on your calendar. 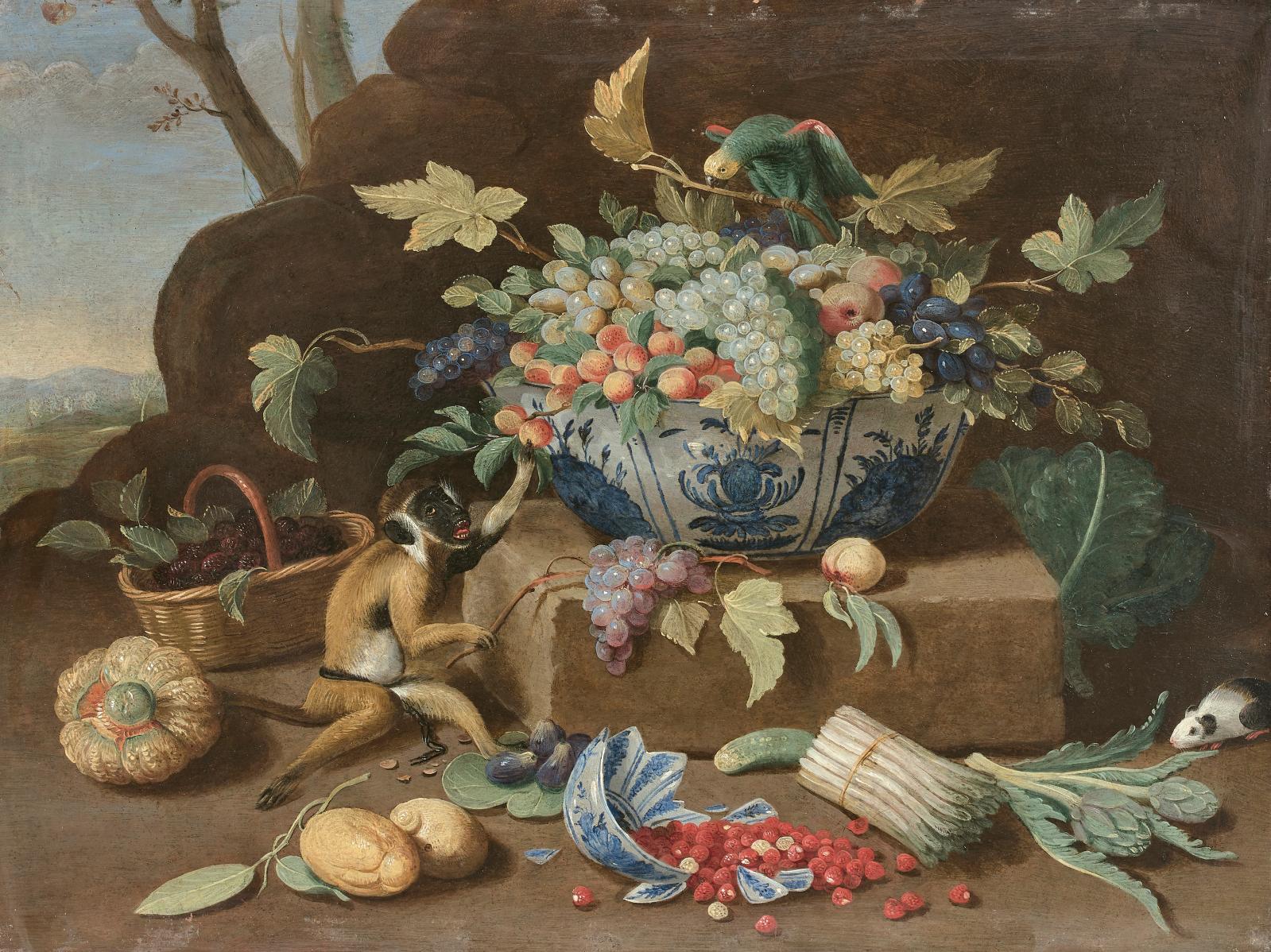 The Hôtel Drouot handles a higher volume of objects annually than either Christie's or Sotheby’s.  Its quarterly “Oeuvres Choisies” exhibitions gather the highlights in a single show that always merits a detour. The current installation, on view from May 17 – 21st in salle (room) 9, features an unusual number of museum-worthy objects. Many have appeared in the pages of the Gazette over the past months, and you will find links to those articles below. Let’s take a moment, however, to focus on a few pieces that also deserve attention.

Women Painters and Collectors
Works created by or associated with women are particularly present. Valentine Hugo’s delicate portrait of surrealist poet André Breton emerges from a field of crystalline shards. Her romantic obsession with the author of Nadja, the force of which even gave him pause, is evident in the manuscript letter accompanying the drawing. In it she recounts the dream she has illustrated, in which she desperately attempts to melt the ice enclosing the scar-like flower that is the poet’s heart. Jean Souverbie’s Portrait of a Young Girl of 1931 has an equally illustrious literary pedigree. Once owned by Françoise Sagan, the party girl author of Bonjour Tristesse¸ Souverbie’s canvas could be mistaken for a monumental treatment of his own Marie-Thérèse Walter, the muse of his friend Picasso.

A mother-of-pearl dip-pen from Marie-Antoinette’s youth recalls the relics passed down by monarchist sympathizers from the French Revolution forward. Everyday objects, particularly those of the queen, were treasured as testaments of royal “martyrdom.” The cult of the doomed French royal family is the subject of 12 paintings on glass held by the same family living in Minorca since the 1808 exile of the Spanish Bourbons. Painted in a naïve style after a series of popular prints, they catalog each moment of the royals’ downfall like the Stations of the Cross. A “fixé sous verre” presents difficulties for the artist, as it’s painted on the back side of the glass plate facing the viewer. The painter must create the scene in reverse, carefully building up the image from foreground to background, in a sense inverting the process of painting on canvas.

Women painters of the 19th-century are also present in the show. A study for A Cup of Tea by Mary Cassatt, featured in the Gazette, will be instantly recognizable to anyone familiar with the final painting in the Metropolitan Museum.  Victoria Dubourg’s Basket of Roses echoes the minute observation of her husband Fantin-Latour’s floral still lifes, but with a looser handling of the paint that belies her active collaboration on the canvases that secured his fame. Jumping forward in time, Maria Helena Vieira da Silva’s 1960 Blue and Yellow moves her complex linear constructions closer to Tachisme, with less spatial illusionism and more emphasis of color and brushstroke.

Early Traces of Globalization
Two 17th-century still lifes reflect the “first globalization” of European colonialism. Attributed to Jan van Kessel the Younger, great-great grandson of Jan Bruegel the Elder, they feature exotic animals and Kraakware, the blue-and-white Chinese porcelain produced for European trade. In one, the ire of a parrot has been raised by a curious monkey who has shattered a bowl, its spilled fruit in turn piquing the curiosity of another rare pet, a hamster. Even the rich tropical wood of the frame speaks to the global luxury trade.

The collapse of the Spanish Empire in the Americas inspired a set of 12 portraits of Inca rulers that includes the Conquistador Francisco Pizarro. Images of pre-Conquest ancestors were routinely commissioned by indigenous Andean nobles as an assertion of status under the colonial regime. The subject took on new meaning during the early 19th-century independence movements of South America, a moment celebrated by some as a symbolic restoration of indigenous rule. From a more remote Pre-Columbian past, an exceptional Maya “stacked deity” censer features a figure in princely regalia seated atop the earth monster. Hand-modelled and cut-clay forms project from a tall cylinder in a composition that swirls like the smoke that once wafted from the vessel.

Art You Don’t Want to Miss
The most significant objects in the show merit a special trip to the Drouot and have been featured in the Gazette over the past months. A small Seurat painting shows the painter experimenting with chromatic contrast achieved through the layering of brushstrokes rather than his more typical adjacent placement of color. A breathtaking masterpiece of Limoges enamel work by the Master of the Aeneid is a rare offering, with panels from the series snapped up by museums when they come to market. This example, with its abundant gilded highlights, strategically exploits revelation of the ruddy copper support to mimic the color of wooden objects and stone construction. Finally, a charcoal drawing by Odilon Redon captures a darker side of the enigmatic artist’s imagination and is offered for sale by the family who acquired it from artist Emile Bernard in 1906.

In the countdown to the reopening of Paris museums, come whet your appetite at this particularly rich exhibition at the Hôtel Drouot.

Success for a Guitar by Jacques-Philippe Michelot

Lé Phô, Buffet, Desportes and the Master of Cortèges