Jean Lemaire immerses us in ancient Greece with this painting of a famous episode in the life of Theseus: one he painted several times. 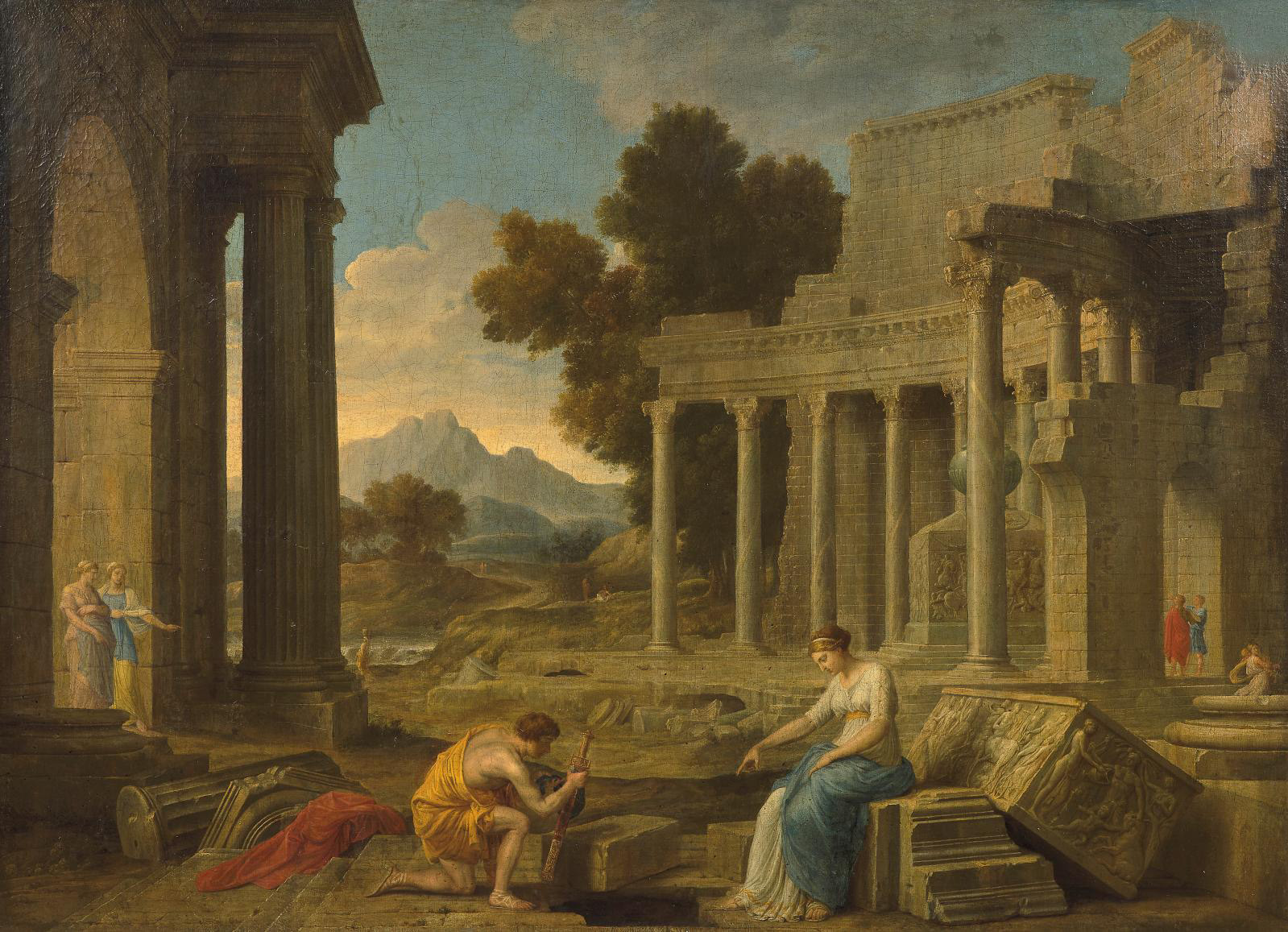 Jean Lemaire was particularly famous for his brilliant renditions of ancient architecture. He provides a telling illustration in this large work, where Theseus and his mother Aethra are seen in the midst of ancient ruins, with a rounded colonnade in the background and imposing marble blocks adorned with magnificent bas-reliefs of scientific precision. Aethra is sitting on one of them, pointing out to her son where Aegeus has hidden his sword and his sandals, under a stone that only a strong man can lift. The king of Athens had had to abandon his young pregnant wife, asking her to raise their son in Troezen far from Athens, where his rivals could have threatened his life. But he took care to hide his own weapons, telling Aethra to reveal them to the boy when he came of age so that he could seek out Aegeus and prove his parenthood. This scene marks Theseus' discovery of his true identity, particularly his royal ancestry, and the beginning of adventures (including his famous fight with the Minotaur) that made him a hero celebrated throughout the ancient world. Jean Lemaire painted this episode from Plutarch's Lives several times. A composition similar to the one here can be seen in a preparatory drawing now in the Albertina in Vienna. He also shared the subject with Nicolas Poussin in a painting of around 1636-1637, now in the Musée Condé in Chantilly, where the classical master left the architecture to his pupil and concentrated on the figures. As we know, his meeting with Poussin in Rome in 1624 was a significant event in the career of Jean Lemaire, who was soon nicknamed "Lemaire-Poussin". When they were back in France (Lemaire in 1639 and Poussin a year later), the two men met again, and Lemaire became Poussin’s assistant in his decoration project for the Louvre’s Grande Galerie. This friendship and collaboration made Lemaire-Poussin one of the leading representatives of French classical painting and Parisian Atticism.

Newsfeed
See all news
Women on Paper Exhibition Kicks Off at the Rijksmuseum in Amsterdam
Paris: Christmas at the Carré Rive Gauche, Starts Today!
SAH Opposes Proposed Alterations to Library of Congress
Art Basel Places Its Bet on Asia and Digital
Not to be missed
Pre-sale