The 2022 edition will be remembered for the spectacular robbery right before the eyes of dumbfounded visitors, who could not believe it was happening. But Tefaf is not just about real life, which is crazier than the cinema. 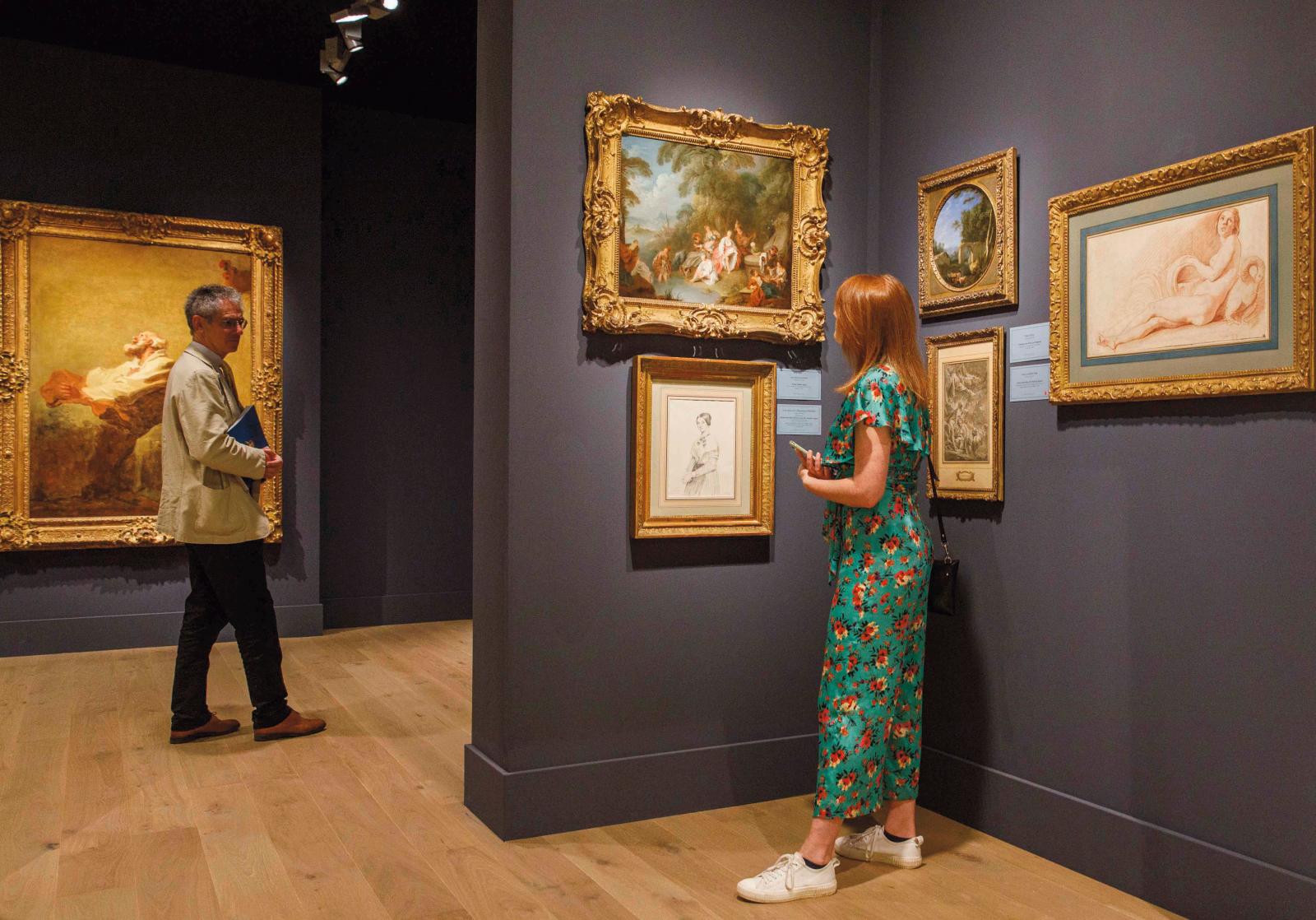 The plunging stock market and dreadful weather dampened the mood right from the start. Thunderstorms, stifling heat—only the second-floor restaurant and the hall were air-conditioned—and the high number of visitors who stayed home due to the resurgence of Covid and the cancellation of 315 Brussels Airlines flights from June 23 to 25, stranding over 40,000 passengers, threw cold water on the proceedings. What’s more, the June 24 opening was sandwiched between Brafa’s opening dinner in Brussels (on the 18th) and the vernissage of Masterpiece in London (the 29th). Then came the show-stopping mishap on the morning of June 28, when the fair issued a terse press release: “At about 11:30 a.m., Tefaf Maastricht was evacuated due to an incident within the fair. The fair’s security staff quickly disarmed a gunman and the Dutch police were on-site within minutes.” Perhaps the “quickly disarmed gunman” was actually trying to stop the theft of a large vase. In any case, he was certainly not one of the four thugs who ran off with almost €27M. The police arrested two individuals on a road near the fair—the TV news made much ado about it—before releasing them. Within 48 hours after the “incident”, a video of the jewelry stand robbery had received over a million views on Twitter. It would not be moot to comment on the gang’s unlikely look, especially their berets. Some exhibitors were upset about the lack of walk-through metal detectors, but they would have been useless anyway. The fair could be entered unchecked just by raising a curtain to the right of the entrance. The armed robbers apparently walked through the second-floor restaurant and exited with the crowd through an emergency door opened by a security guard after the alarm went off. A little more than two years after the last tefaf, which was called off five days after opening due to Covid, everything should have gone smoothly. However, a series of dispiriting signs raised concerns, even though 90 museums had made the trip.

A Half Success?
If the number of dealers is anything to go by, Tefaf 2022 seems to have been a success. Vanessa Wildenstein, of the Wildenstein Gallery, presented Fragonard’s large Saint Peter, an outstanding modello for La Fête à Saint-Cloud and the fair’s most important painting. Also worth mentioning are a work by Claude Lorrain and two works by Hubert Robert of the highest quality. Nearby, the Caylus Gallery offered a portrait by Goya, and Colnaghi a monumental Luca Giordano, which was sold. The Canesso Gallery attracted attention for Pier Francesco Mola’s Saint Andrew and the Coatalem Gallery for a newly revealed Louis Gauffier and a vanity by Stella. Paul Smeets featured Giovanna Garzoni’s Seated Virgin after Raphael and Lavinia Fontana’s The Marriage Feast at Cana. Nicholas Hall raised the stakes with a Carpaccio and Jean-François Heim with Gérôme’s Buffalo devant les temples de Paestum (Buffalo in Front of the Temples at Paestum). The Aaron Gallery presented an exceptional Jacques Sablet painting and the Eckersberg at Adam Williams’ booth did not go unnoticed. Nor did Ribera’s restored The Philosopher, sold by Daguerre in June 2020. Sculpture has always been a Tefaf mainstay. The booths of specialized dealers, notably Stuart Lochhead and Daniel Katz, were well stocked, but Benjamin Steinitz, who, oddly, participated in the fair for the first time in ages, stood out with his set of eight terracotta figures depicting ancient Roman personages, probably by Riccio. The whole group was sold on the first day for over €3M. The Kugel Gallery showed a silver ceremonial dish one meter (39.37 in) in diameter with the coat of arms of the Tavora family of Portugal, depicting The Rape of Europa, a rare object halfway between silverware and sculpture. Also worth noting are Balthasar Permoser’s boxwood Chronos at Kunstkammer Georg Laue, Félicie de Fauveau’s Portrait Bust of the Duchess of Berry at Trinity Fine Art, Chinard’s superb Tripod at Talabardon & Gautier and an imposing marble by Bonazza at Benappi. Three hours after the doors opened, something still seemed a bit off. A major international dealer was surprised. “By this time of day,” he said, “normally I would’ve sold 10 pieces. This year it’s been just two!” Others were more relieved that the fair was not a total disaster than enchanted by the figures. “I wonder if it’s worth it,” said one. “We’re selling to our own customers.” Everything is relative: while purchasing was more sluggish than usual, buyers spent more money, despite the schedule and the unprecedented curtailing of the fair to just seven days. The Terradès Gallery, for example, sold a painting a day, and Xavier Eeckhout 11 sculptures—half of his stand’s inventory. The Chenel Gallery made about 10 sales. However, some exhibitors grumbled about the disappointing results for traditional non-Western art and modern art, and even more so for the graphic arts. But is it really possible to compete with the Salon du dessin? What is new, or almost, since 2020, is that the participants complained about the fair, even though everyone came back. Luckily for them, in early June, the definitive closure of Maastricht Airport was narrowly avoided. Tefaf is also paradoxical. The French were omnipresent, but not all the hand-picked dealers exhibit at Parisian fairs. Without Kugel and Benjamin Steinitz, the decorative arts would have faded into the background. Without the Chenel brothers, antiques would not have had the same impact. It remains to be seen how the new partnership between the Biennale de Paris and Fine Arts will change things.

The 2022 Tefaf Maastricht, Netherlands.
From June 24 to 30.
www.tefaf.com/fairs/tefaf-maastricht