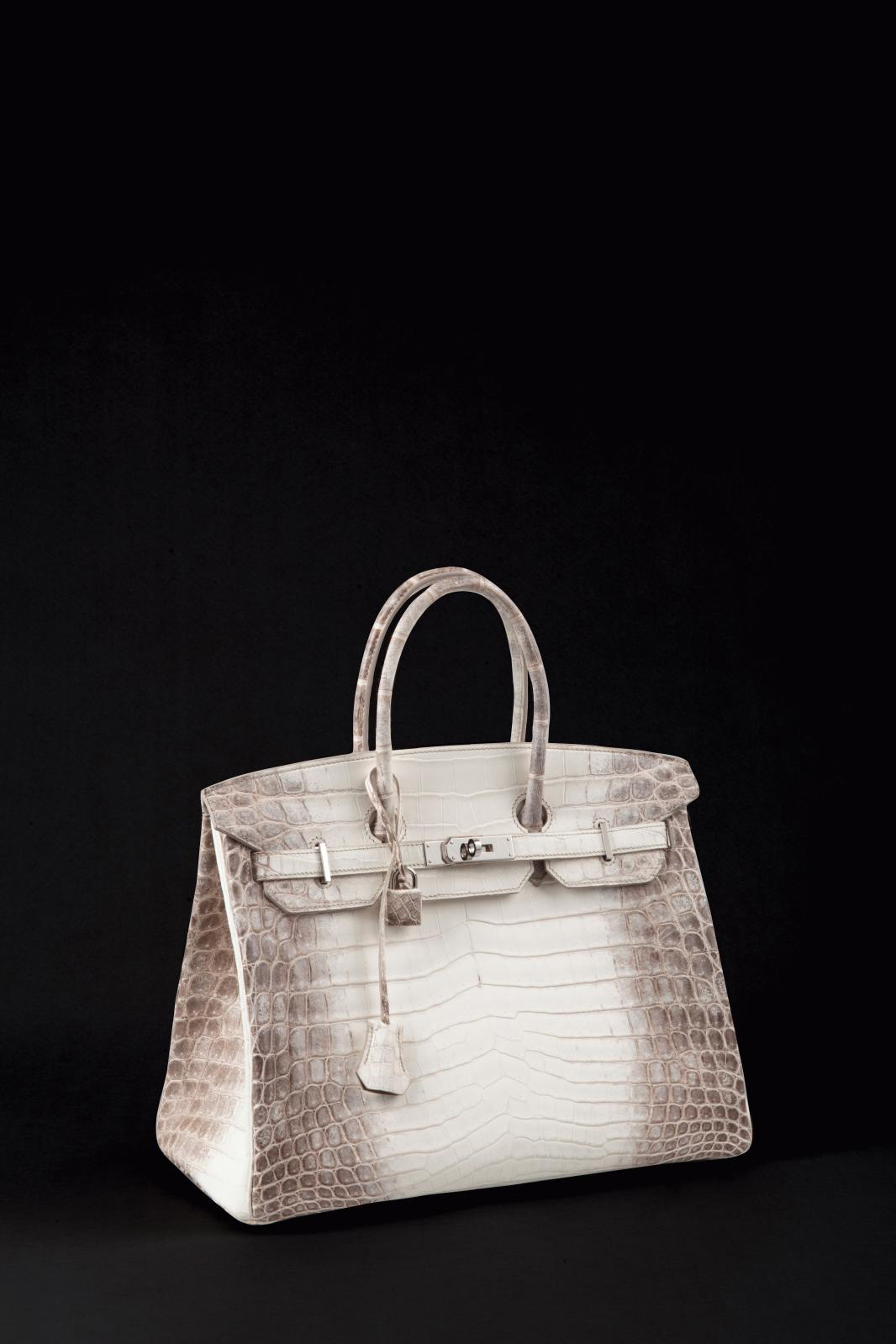 Hermès makes just two copies a year of this version of the Birkin bag. Ours, from 2016, measures 35 cm/13.78 in wide—apparently, one of the most popular sizes—and comes with its box and cloth bag, essential for keeping it in mint condition. Today considered a classic, the bag British-born singer and actress Jane Birkin inspired first appeared in the Hermès catalog in 1984. It all started on a plane from London to Paris. "My diary was so full that everything fell out," Ms. Birkin says. "If only Hermès made a bag with pockets," she said to her seatmate, not knowing that he was Jean-Louis Dumas, the famous company’s chairman. It was the start of a collaboration: Birkin designed the bag, which was made of supple black saddle-stitched leather, a Hermès trademark, and Jean-Louis Dumas asked the famous actress and singer if he could name it after her.

There are countless models, but the most popular is in Nile crocodile with subtle colors recalling the Himalayas and requiring a 48-hour dyeing process. The waiting list for the bag is months, if not years, long, which accounts for our version's sky-high estimate. It is a real investment: a 2017 study showed that the value of Birkin bags has risen by over 500% in the last 35 years.

Print the article
Newsfeed
See all news
Africa and NFTs: A Growing Market That Could Explode
Just Stop Oil Protesters Glue Themselves to "The Hay Wain"
France: The 2022 Rencontres de la Photographie in Arles is Open
Cairns Indigenous Art Fair Returns Tomorrow After 2 Years Online
Not to be missed
Pre-sale