A Royal Weapon from the "Valley of Blades"

The sword of a Marshal of France dating to the return of the Bourbon monarchy to power in France cut a wide swathe. 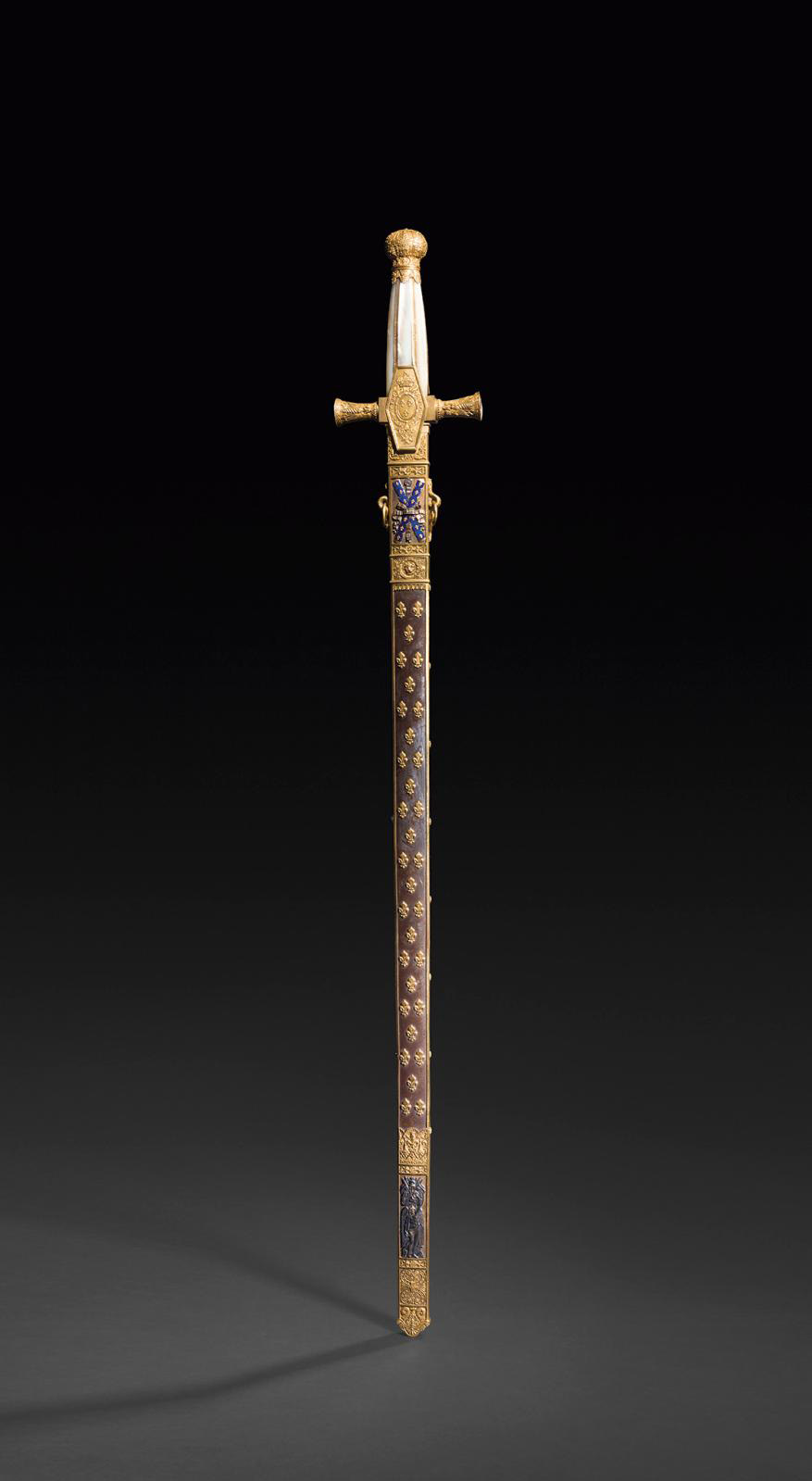 Napoleon I's final departure to St. Helena sounded the return of the Bourbons to the throne in France. From the very outset of this first Restoration monarchy, Louis XVIII's ambition was to restore the prestige of royalty to the country. The sovereign needed the army to establish his authority, so he lavished honors on Marshals of the Empire who laid down their arms and came to pay tribute to him. One of them was Auguste Frédéric Louis Viesse de Marmont, Duke of Ragusa (1774-1852). This soldier, who was present with Bonaparte on most of his battlefields, was involved in the last clashes near of Paris in 1814, and later negotiated the capitulation. He was made a peer and a Knight of Saint-Louis by Louis XVIII. He thus indubitably owned the sword of a Marshal of France, and it is possible that this one, known as the "1817 model" (although produced in 1816) was his, according to family tradition.

No matter the name of its owner, this ceremonial weapon is perfectly splendid, with a steel scabbard embellished with a pattern of brass fleur-de-lys, a hilt decorated with small mother-of-pearl plates and all its ornaments and trophies, including a cartouche bordered with laurel leaves marked "Vive le Roi" (Long Live the King). It was made by the Royal Manufactory of Klingenthal, literally the "Valley of Blades". The company, established in Alsace in 1730 by order of Louis XV, lived through periods of royalty, revolution, republic, empire and royalty again, producing magnificent edged weapons for every regime and honing a glittering reputation along the way. This sword, justly honored with €117,600, is a shining example.

Sèvres Porcelain: A Plate Fit for an Emperor
Not to be missed
Lots sold