The highlight of a sale in Rennes, this extremely rare piece was keenly sought-after for both its rarity and its vivid colors. 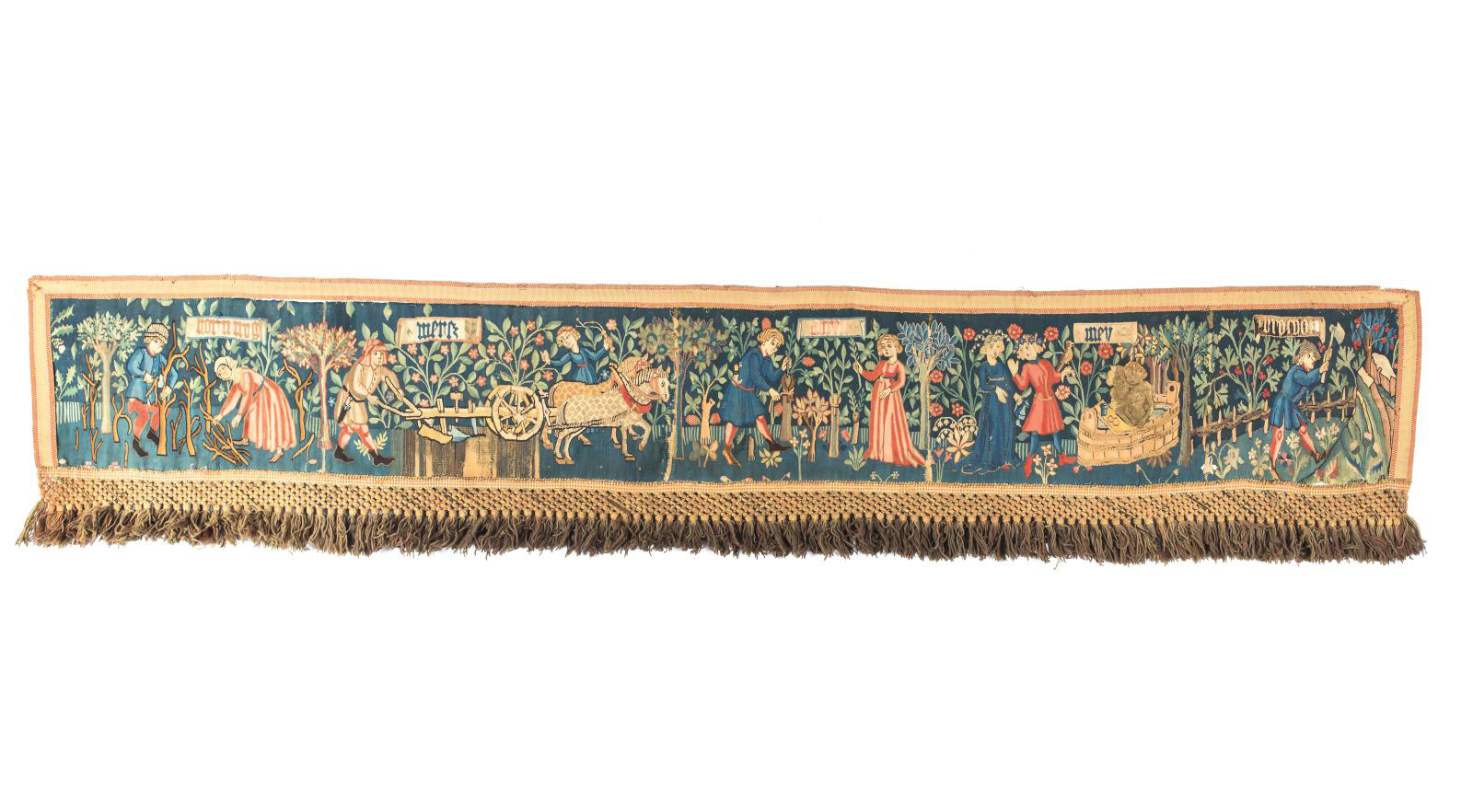 The highlight of a sale in Rennes, this extremely rare piece, with its medieval depiction of the months and their corresponding labors, was keenly sought-after for both its rarity and its vivid colors. The tapestry, which came from a private French collection and was sold here in a court-ordered sale, created a sensation. Illustrating The Months, this tapestry is an important example of work by the Strasbourg workshops dating to the 1450s and was justifiably bought for €405,694 by a French connoisseur, after a high estimate of €90,000. Its wool woven on linen warp threads is characteristic of the style of this region, as is the technique known as "en liures" ('in bindings') because of the seams. Meanwhile, the coloring has remained relatively vivid except for the browns, because of the mordant used at that time for dyeing them. This long piece (36 x 260 cm/14.7 x 102.4 in) could have hung above a bench in a house or church. It depicts the work done on the land during each month of the year—or five of them, at least—titled at the top of the scenes in Gothic letters in Alemannic: hornung (February), merz (March), apreil (April), mey (May) and browot (June). An intriguing coincidence: London’s Victoria and Albert Museum has a tapestry of almost exactly the same size, which includes six other months (July, August, September, October, November and December). January is missing in both of sets.