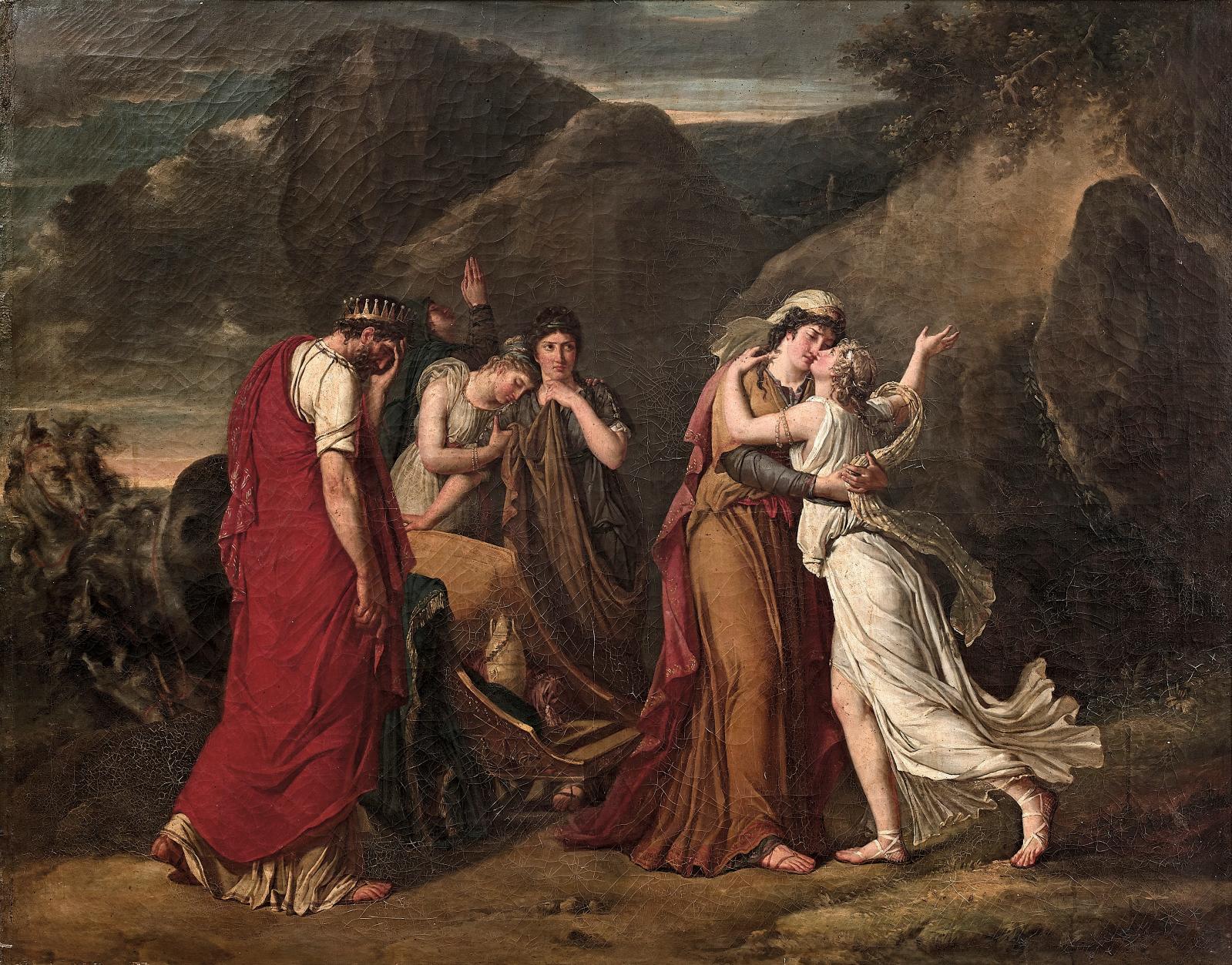 This large painting of a mythical scene triumphed in Bordeaux, where competition between foreign museums and European collectors edged the bidding up to €362,080, six times above its high estimate. It could be said that Benoist got even, for, in her day, she had to withstand mocking criticism from men reluctant to acknowledge a woman’s talent! Here, based on a fable in The Golden Ass by Apuleius, she depicted Psyche’s agonizing separation from her parents and sisters in a neo-classical vein. The painting broke the world record for a work by the artist, tripling her last best result (€114,884) for Autoportrait copiant le Bélisaire et l'enfant à mi-corps de David (Self-portrait Copying David's Belisarius and the child's half-body), sold by Artcurial-Briest-Le Fur-Poulain-F. Tajan OVV in Paris on 12 December 2004 (source: Artnet). The high price can be explained by the fact that this large work (111 x 145 cm, 3.6 x 4.7 ft) exhibited at the 1791 Salon had dropped out of sight before being rediscovered. Benoist has not lingered in the shadows of art history. A famous portraitist, in 1800 she painted one of the most beautiful pictures of a woman on display at the Louvre. The work was unusual at the time, for it celebrated Black beauty. Recently renamed Portrait of Madeleine, it shows a Guadeloupean woman with a bare bust, like a modern Mona Lisa.