A Recipe for Success

2018 is decidedly the year of gastronomy in all Europe's royal residences. While tickling the taste buds, the programme also nourishes considerable political ambitions. 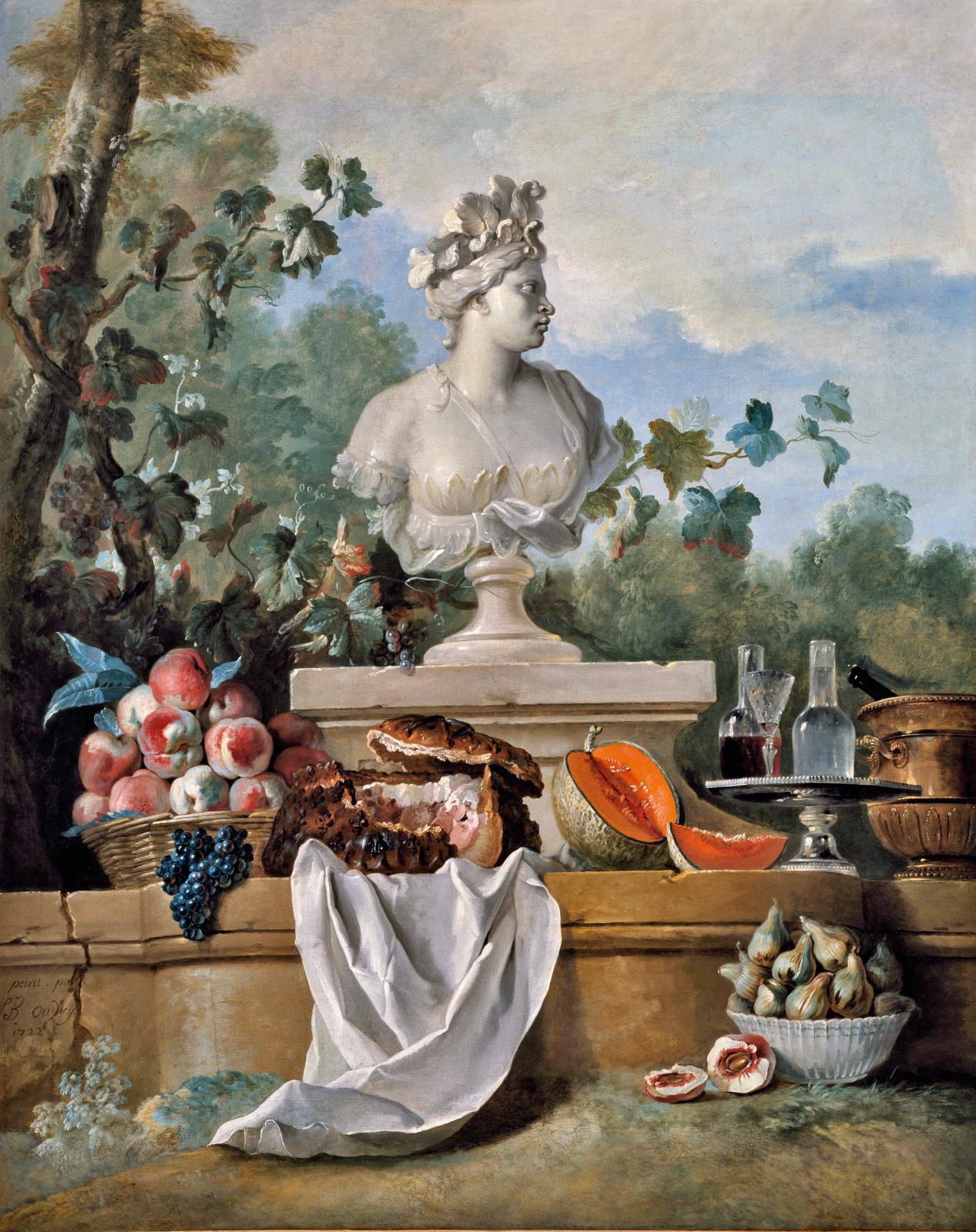 Partridge soup with cabbage, veal's ear croquette, émincé of fattened chicken with cucumber, baby rabbit à la Genevoise, loin of mutton with iced water… As impressive as it is mouth-watering, this menu for the meal wolfed down by Louis XV on 21 June 1751 has been unearthed from the Château de Versailles archives for an unprecedented project shedding light on heritage through the prism of gastronomy. A thematic audioguide will provide fresh material for a tour of the Grands Appartements – and the Petits Appartements, too, with human mediation. The visit will be multidisciplinary, mingling artistic, culinary, social and political considerations, and will cover the iconography of various species (like tomatoes, which were used for decoration before being eaten), as well as the expertise of the royal porcelain factories. The strict etiquette in vogue at the sovereign's table, where 500 officers of the king's household had to parade before him, reminds us that his meals were nothing less than a further instrument for representing and asserting power. The venues for meals were another indication of how a society's customs evolved: the dining room only appeared late on in the layout of the rooms, under the impetus of Louis XV, who had a more flexible, carefree approach to food. This summer, Versailles is staging a luxurious banquet in the Trianon Gardens on 23 June, repeating the operation indoors in early October with a dinner cooked by Michelin star chefs. "The gastronomic rites at Versailles also reflected changing attitudes to women's position in society," says Élisabeth Caude, curator of the château's objets d'art department, in charge of the audioguide's content. Although not a single woman was tolerated at Louis XIV's table, protocol evolved when Louis XV became king: not only were the women of the Royal family accepted for the first time at the Grand Couvert (the sovereign's public meal) beside the King, but also the ladies of the court, particularly the royal mistresses. The Queen's vegetable garden is naturally included in this gourmet circuit. Its gardeners provide tours based on the history of food, illustrating the culinary preoccupations of the period and the provenance of fruits and vegetables, dictated by trade in Europe or further away. Trading in the Old World will also be the subject of two study days, one on the pineapple – the "Queen of plants", as it was called when it was discovered (22 June); the other on wine in the various courts (28 September).

A European Ambition
The European dimension of the festivities has escaped no-one. Versailles is the figurehead of a joint programme involving nineteen royal residences in eleven countries. (This explains why it has an English title: "A Place at The Royal Table".) Here again, the theme is far from restricted to entertainment for the senses, or the exhibition of prowess in the decorative arts to illustrate a lifestyle. The protocol for meals expressed the values of the court: power, representation and economics. In Austria, the Schloss Hof is staging an exhibition on the relationship with food, illustrating the values of morality, wealth, gender and age. In Denmark, Rosenborg Castle is laying on five dinners with dishes based on ancient royal recipes, which will highlight the European influence in this sphere as well as the permanence of certain traditions, like the wine of Rosenborg. (This appeared at Christian IV's court in around 1600, and is still served at the King's meals.) Tableware will be in the limelight at the Royal Palace of Gödöllö, which will be bringing out the porcelain used by the Hungarian court in the 19th century, and in Potsdam, with an exhibition of the dinner services used by Prussia's rulers. Culinary expertise will be in the spotlight in Poland, where the royal palace of Lazienki will be focusing on the figure of Paul Tremo (1734-1810), the top chef at the court of Stanislaus II Augustus. In France, Chambord is reconstructing the banquets of Francis I, while Compiègne is scheduling cookery workshops on recipes from the Second Empire, as well as a picnic (on 23 and 24 June) in the style of the "Séries": entertainments given by Napoleon III and the Empress Eugénie.

Shared Culture and Extended Heritage
As the head of the ARRE (association of royal European residences), Versailles is the driving force behind the whole programme. The establishment wanted to inject renewed energy into this network of 24 monarchial palaces formed in 2001, hitherto focused on professional concerns specific to these institutions, like preventive conservation for historical monuments and hydraulic systems for gardens. In tune with the Elysian vision of culture as a unifying force, Catherine Pégard, president of Versailles, has used the announcement (at the European Commission's initiative) of 2018 as the "European year of cultural heritage" to strengthen bonds with her opposite numbers in Caserte (Italy), Schönbrunn (Austria), Monaco and Sintra (Portugal). "Cuisine is a cultural-historical link that highlights past and present exchanges, and the similarities and differences between the various courts of Europe," says Catherine Pégard. "It is thus a crucial part of Europe's identity." The president also nurtures a hope: persuading the Brussels authorities of the need to appoint a single person to oversee this type of initiative. The choice of theme reveals another phenomenon: the sudden enthusiasm for culinary art. France is currently working on four gastronomy centres: one recently started up in Tours, two others are scheduled to open in Lyon and Dijon in 2019, and the last is planned for 2024 in Rungis. As well as all this, there is the project of the Hôtel de la Marine (Paris) exclusively devoted to the French lifestyle, with a gastronomic focus, which the CMN (National Monument centre) is due to inaugurate in late 2019. "We are seeing a broader attitude developing with our historical monuments," says Philippe Bélaval, president of the CMN. "This is clearly the result of extending the very idea of heritage to linguistic heritage, gastronomy and biodiversity in historical gardens, which we are developing in Rambouillet… People's tastes are changing, and we need to take different approaches." The armed wing of a new European diplomacy reflecting developments in heritage, this thematic season is thus more significant than it might seem and looks set to be rolled out in other forms over the next few years.

Make Way for the Orléans!

Amin Jaffer: Curator of the Al Thani Collection
Newsfeed
See all news
Estate of Karl Lagerfeld is Going to Auction
Restitution, Nepal Seeks to Reclaim its Heritage
In Aubusson, the Cité internationale de la tapisserie Is Thinking Bigger
Tempera Work by Mark Tobey Approaches the Million Euro Mark
Not to be missed
Analyses
Hélène Henry: Textiles in the Jazz Era
The Villa Noailles is dedicating a historical exhibition to this…
Analyses
An Appropriately Monumental Book for the Prodigious…
The publishing house Taschen has dedicated a book to the Italian…
Analyses
Cartier Explores the Art of Islam and Beyond
A new exhibition at the Musée des Arts Décoratifs (MAD) in Paris…
Analyses
Royal Animals and Political Beasts During the…
They were everywhere: gardens, menageries and even the private apartments…