Bearing the label of the home of painter Edward Burne-Jones, this illuminated manuscript for use in Paris outstripped expectations. 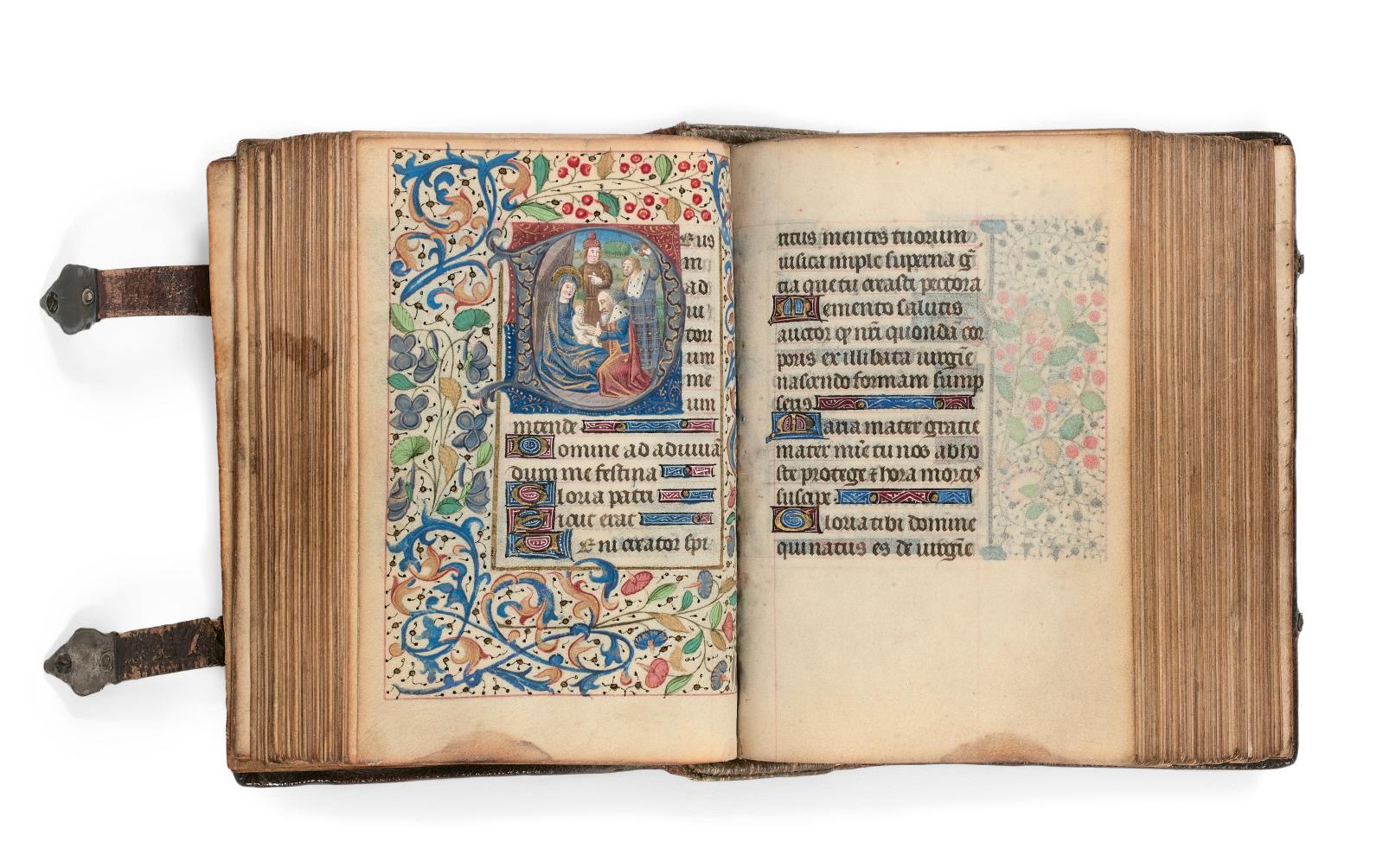 This handwritten book of hours for use in Paris, dated to around 1460–1480, boasts many qualities. Framed by rinceaux adorned with dainty butterflies and juicy, fresh-looking strawberries, its illuminations by a member of Master François's circle are truly refined. What’s more, it belonged to Pre-Raphaelite painter Edward Burne-Jones (1833–1898). A label mentions the name and address of his home, "The Grange North End Road Fulham", where he lived with his family from 1867 until his death. This is not surprising considering that this key figure in late 19th-century British painting often drew inspiration from the iconography and stylisation of medieval art in his work. Burne-Jones sought to faithfully capture the spirit of that period with scholarly seriousness. With all these assets, not to mention a red morocco binding richly decorated with gilded fillets and foliated branches, the book fetched €63,300, or nearly half of this sale’s total proceeds (€140,007).