A New Hurdle for the Antiques Market in New York

States have the right to act in preventing the sale of an object of doubtful origin without the risk of being sued for commercial damages. 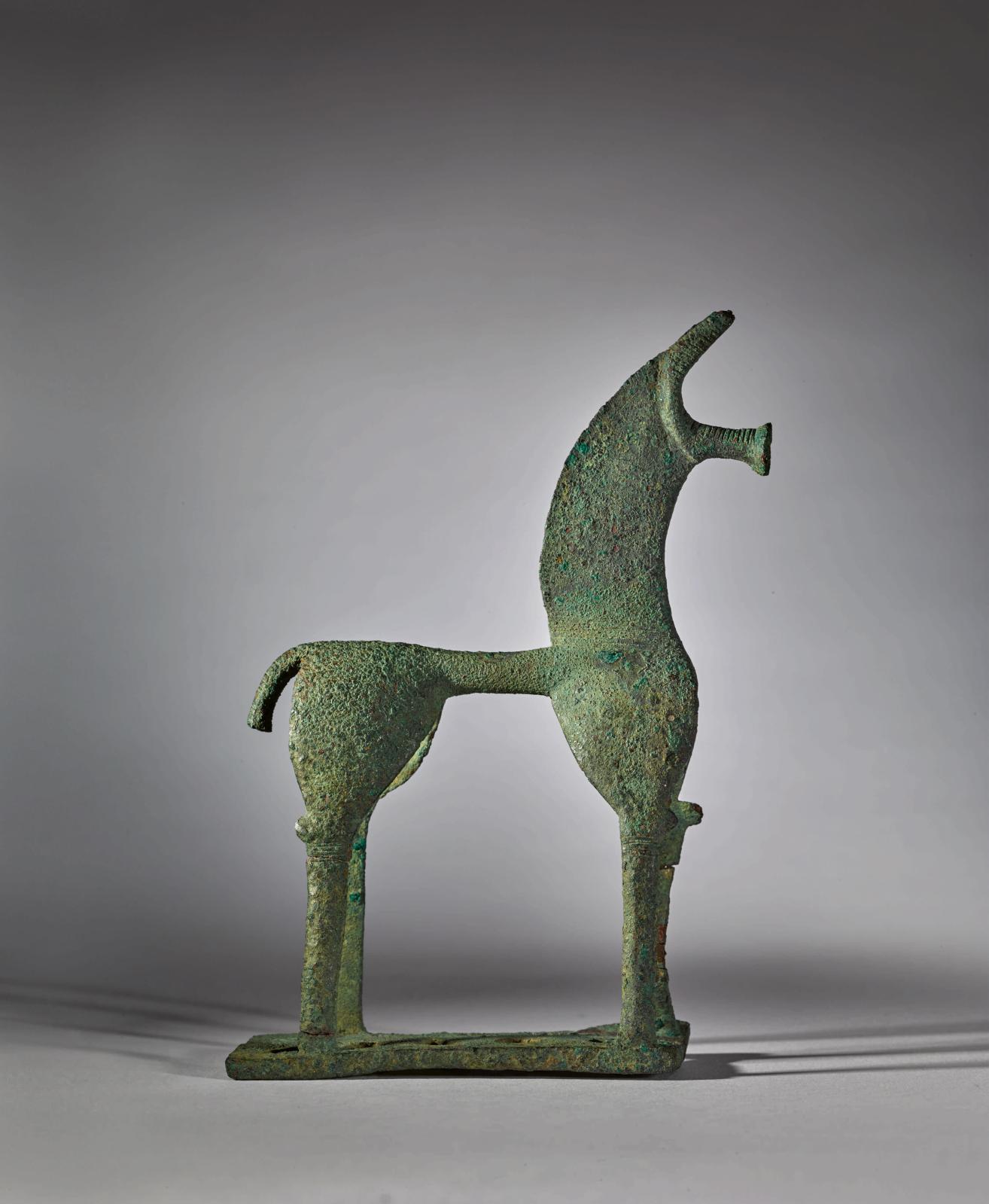 The archaeology market could suffer from the ramifications of a court case Sotheby's recently lost in New York. The company had to withdraw an 8th-century Corinthian bronze horse (estimated at $150,000/250,000) from the Barnet collection sale, advertised on May 14, 2018. Three days earlier, Greece had sent a letter claiming restitution. The piece did not have an impeccable record, it is true, because it came from Robyn Simes. This elegant London dealer was the linchpin of a network involved in serious looting in the Mediterranean during the last quarter of the 20th century, along with his companion Christo Michaelides and the traffickers Gianfranco Becchina and Giacomo Medici.
Sotheby’s acknowledged the facts, but countered that Howard Barnet had bought the piece in good faith from Robyn Simes in 1973 for around £15,000, at a time when the latter was respectably established in London. Its provenance went even further back, as Simes stated that he had acquired it at auction from Münzen und Medaillien, in Switzerland, on May 6, 1967: an assertion judged "very probable" by the Sotheby's catalogue. The auction house considered Greece's demand to have no legal basis, as the country could provide no evidence the bronze had been looted.
A month later, the company, therefore, claimed damages for the commercial loss suffered due to the lot's withdrawal. Such proceedings are exceptional in New York, where legal disbursements are very high, as auction houses prefer to settle these disputes quietly. In fact, there had been a precedent with the suit brought by the Safani gallery against the Italian Republic, which last year laid claim to a marble bust of Alexander the Great as Helios sold by Sotheby’s in 1974. But it was the first time that a major auction house had gone down this road. It was quite a mistake, because the judges ultimately opened the door a little wider to the claims of the States.
Greece had pleaded the court's lack of competence, in vain: Sotheby's won in the first instance. But on June 9, the Court of Appeals overturned the decision and dismissed the case, ruling that Greece was immune from legal charges because it was defending a public heritage policy that involved no commercial interest. The lawyer acting for Greece was delighted to see this hurdle fall: "This decision also means that States can continue to approach auction houses and galleries to prevent items of fraudulent origin being offered for sale," without being intimidated by the threat of a suit for damages. She was astonished that such prestigious auctions houses or dealers "would do everything to prevent governments from inquiring into the treatment of objects of doubtful origin." While expressing "disappointment" over the result, Sotheby’s maintained that Greece's claim was unfounded. Already, some segments of the market, like Pre-Columbian art, for example, are practically at a standstill in New York for fear of action being brought by countries like Mexico.
Greece had been alerted by Christos Tsirogiannis, an expert with the Archaeology Institute of Cambridge who specializes in the exposure of trafficking. He had already played a crucial role in the restitution of sculptures by the Getty and the Metropolitan, after obtaining access to the aforementioned criminal network's archives, seized by Italy and Greece in the 2000s. These contained over thirteen thousand documents with photos of illegal digs and works unearthed but not yet restored (which could be shown to buyers to reassure them of an item's authenticity), along with background histories and documents of purchase from plunderers. The researcher communicated a photo to Greece from the criminal networks' files, which appeared identical to the Sotheby’s bronze horse. This June, he obtained the withdrawal from a Christie's sale of two antique Attic vases and a Roman marble hare and bronze eagle. A year ago, he was behind the withdrawal of an Etruscan amphora with the same auction house. He had found a photo in Becchina's archives of the amphora still covered in dirt, in several pieces. In the catalogue's history, the only fact cited was a 1993 sale with a German gallery: Becchina's name was not mentioned. Christos Tsirogiannis says he is furious to see how easily and how often background histories seem to be rewritten.
Whenever the archaeologist finds similarities in photos, he alerts Interpol and the New York public prosecutor's department (where Matthew Bogdanos has created an Antiquities Trafficking Unit), and possibly the country concerned. In general, steps taken by the department are enough to settle the affair. But dealers resent the specialist for not warning them directly in good time, and are unhappy that they do not have access to these legal documents. Tsirogiannis, on the other hand, is keen not to enable traffickers or unscrupulous dealers to access these data, which would mean they could then adapt the background histories of objects. He blames dealers for not carrying out meticulous research on provenance in a market that clearly remains problematic.