A Louis XIV-period ewer that once belonged to one of his faithful lieutenants, Albert Grillet de Brissac, will brighten up a silverware auction with its reflections. 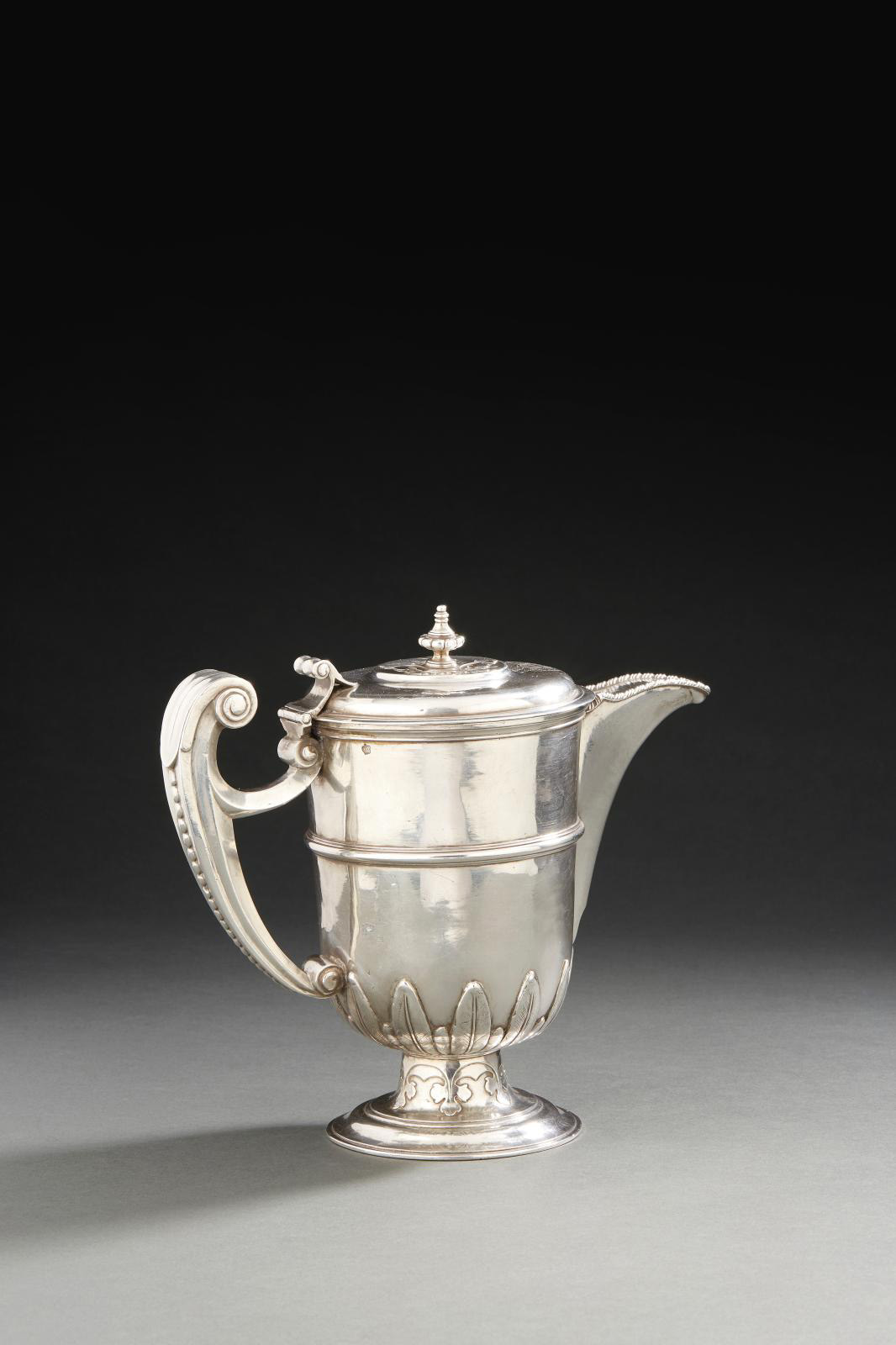 As the use of cutlery, in general, and the fork, in particular, became widespread in the 17th century, ewers fell out of use for rinsing hands. Henceforth, they were set on tables, serving as one of the most beautiful ornaments. Despite having stylish elegance, beautiful silverware from the reign of Louis XIV (1643-1715), was melted down to fund the monarch's costly wars. One morning in December 1689, the year of the first sumptuary law in France—two more followed in 1699 and 1709—the Sun King announced that he would have his own possessions and tableware melted down, even the pieces used on State occasions. Nobody believed him. “He’s bluffing,” said his courtiers. They were wrong. Louis signed the lettres de cachet ordering his nobles and bishops to follow his example. In less than six months, the mint’s furnaces swallowed up great 17th-century French silverware at a relentless pace. Fortunately, some of the king’s closest and most trusted courtiers held out, including Grillet de Brissac.

This ewer rests on a circular pedestal with moldings, twelve ribbed laurel leaves alternating with full gadroons decorate the body. The lid is engraved with the Grillet de Brissac family arms, attesting that it belonged to Lieutenant General Albert Grillet de Brissac (1627-1713), a leading figure at the court of Versailles. Particularly noted for his uprightness and devotion, the king held him in very high esteem. As a senior courtier, he certainly would have taken obeying orders very seriously. However, he could not part with this piece, which is all the more remarkable because ewers, being no longer essential but of great value due to their proportions and weight, were among the first items to be sacrificed. He was not alone. Although it seems, that parliamentarians were expected to set an example, inventories between 1707 and 1716 reveal that they owned a large amount of armorial silverware. Collectors will be delighted that this ewer is now up for auction.

The Equestrian Statue of Louis XIV by Coysevox
Newsfeed
See all news
Paris: Open House at the Père Lachaise Workshops
Preemption: Romanelli's "Justice" Is Heading the Musée du Grand Siècle
A Diamond Cross Pendant Fetches €673,100 at Drouot
London: Will the "Portrait of Omai" Enter the Collection of the National Portrait Gallery?
Not to be missed
Pre-sale