Impeccably documented, with a rich chromatic palette, this painting by Paul Signac rode the crest of the wave at €1,884,800. 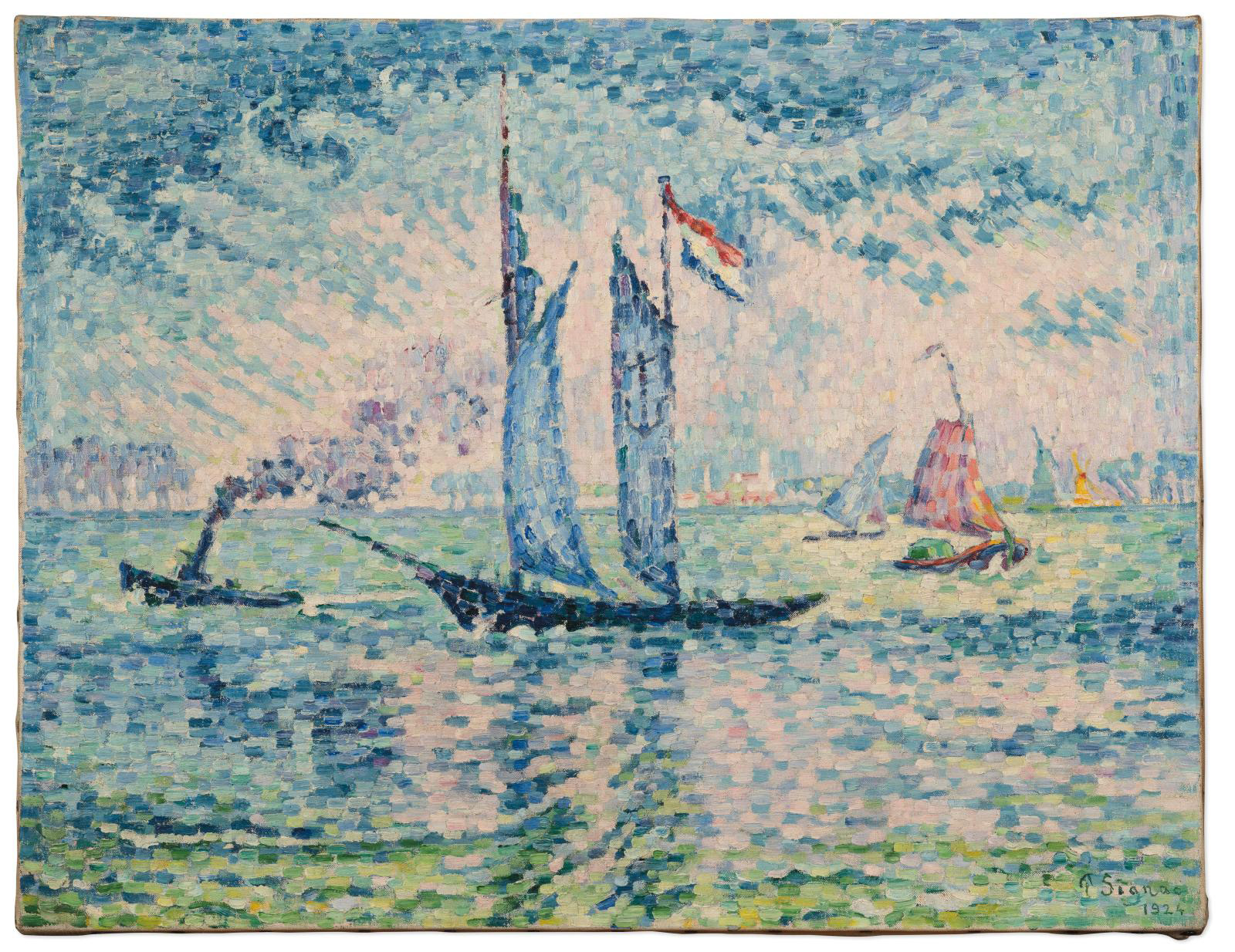 Featured on the cover of Gazette no. 37, this 1924 painting raised its creator, Paul Signac, to the heights. Seen up close, it is even more powerful, as it makes skillful play with a magnificent pointillist technique—only perfected by a few great masters—designed to give vibrancy to the colors. And it literally dazzles! La Gazette recounted its journey from 1924, the date it was bought by Edmond Sussfeld: a man of discernment in both business and artistic taste. This impeccable traceability over nearly a century (the work came with autograph letters and documents) and the fact that this was its debut on the market were undeniable assets for Le Pilote de la Meuse (Tugboat on the Meuse), which, added to its pictorial qualities, pulled it all the way up to €1,884,800. A painter of the Navy, always sporting an appropriate cap, Signac spent much time at both river and sea ports to observe the life of tartanas, cod-fishing boats, rusty cargo ships and schooners,  his work is full of sails billowing in the wind. This painting shows that he traveled around not only France but Europe as well, in this case the Netherlands, in the area of Rotterdam not far from Van Dongen's home. But as a man fascinated by the light of the South, he imbued the gloomy Meuse with all the colors of a sunlit river. In the preface to the catalog for the 2001 Paris retrospective at the Grand Palais, John Leighton aptly wrote: "In the best of his last works, Signac combined the sensual heritage of his early paintings with the cool rationality of Neo-Impressionism, creating art of extraordinary chromatic richness and sensitivity.”

Only three paintings were presented at the auction, all from the same collector, hitherto kept by his heirs. Alongside the Signac, a 1905 pastel Une route en Artois (Road in the Artois Region: 44 x 57 cm/17.3 x 22.4 in) by Léon Augustin Lhermitte (1844-1925) went for €11,160. Although fully alive to the innovative energy of current artistic movements, Lhermitte chose to remain on the fringe and, like his friends Jules Breton and Jules Bastien-Lepage, pursued his calling as a painter of rural life and traditions. Meanwhile, the Pêcheurs sur le pont de Saint-Mammès (Fishermen on the Bridge of Saint-Mammès) by Pierre Eugène Montezin (1874-1946) garnered a fine catch at €15,500. This freely brushed painting of a happy, sunny summer afternoon in a light palette owes much to Impressionism.

Edmond Sussfeld, a Collector Conquered by the Signac Touch

Armand Guillaumin, Loyal to Landscapes and Impressionism
Not to be missed
Lots sold