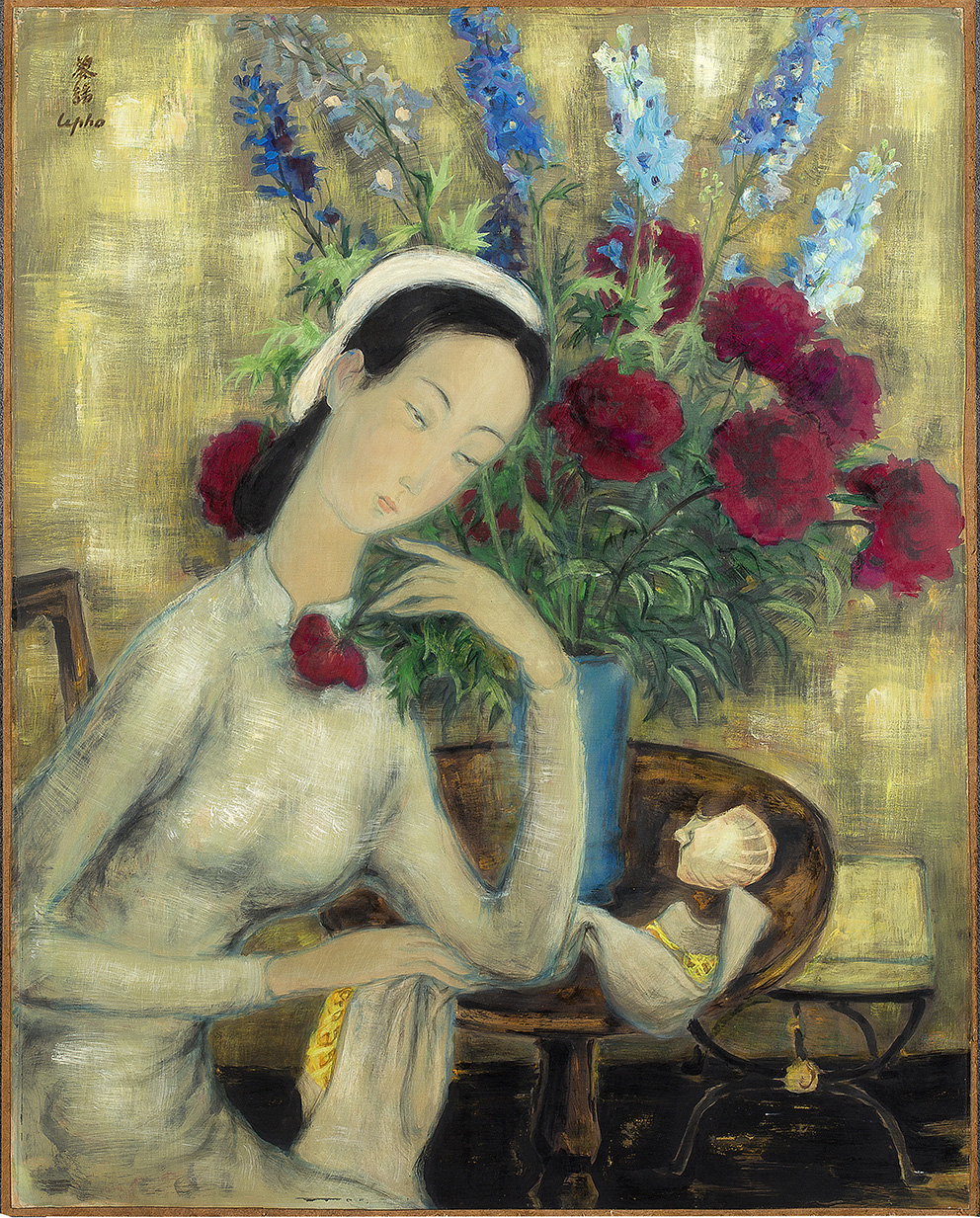 The bidding was international for the Vietnamese artists, starting with Lé Phô, Mai Trung Thu and Vu Cao Dam, a selection of whose works belonging to collections formed between 1945 and 1950 was on offer. The popularity of painters who graduated in the first class of the Hanoi College of Fine Arts, founded in 1925, pushed the sale’s takings up to €3.78 M for 31 lots sold. Vietnamese collectors bought the most important works, with Lé Phô’s Jeune Fille aux pivoines (Young Girl with Peonies) leading the way. The result, €1.165 M, puts it just behind the world record set by a nude sold in Hong Kong last year. The subject of the blossoming girl celebrated that Tuesday, October 6, is not entirely Vietnamese, but it illustrates how the artist merged his country’s traditions with Western ones. The support remains silk and the young woman is a Tonkinese beauty wearing the ancestral ao dai tunic, but her pose has the grace of Italian Mannerist portraits and a seashell, the symbol of Venus, lies next to her on the pedestal table. This 1945 work has kept the freshness of its bright colours. Acquired in 1950 from the Romanet gallery and owned by the same family ever since, it had never come up to the market—an asset in addition to its large format. Another silk painting by Lé Phô met with great success: Deux sœurs au balcon (Two Sisters on a Balcony) fetched €590,560, nearly doubling its high estimate of €300,000 (60 x 46 cm). Made between 1950 and 1970—later than the sale’s other star works—Des jeunes filles au jardin (Young Girls in a Garden), a triptych by Nguyen Siên (1916-2014) in artistically crafted lacquer depicting a pretty subject in an interesting format (120 x 135 cm), was a surprise at €207,760, a world record for this little-known artist, whose best result did not exceed €3,000 until the auction in Hong Kong, and which sent two enthusiasts home delighted.

Record Breaking Success for the Arts of Vietnam