Curiosities and the 17th century were the keywords of this sale, which attracted many history buffs. A cardinal’s cape, an architectural capital and a surprising artist's mannequin achieved the highest bids. 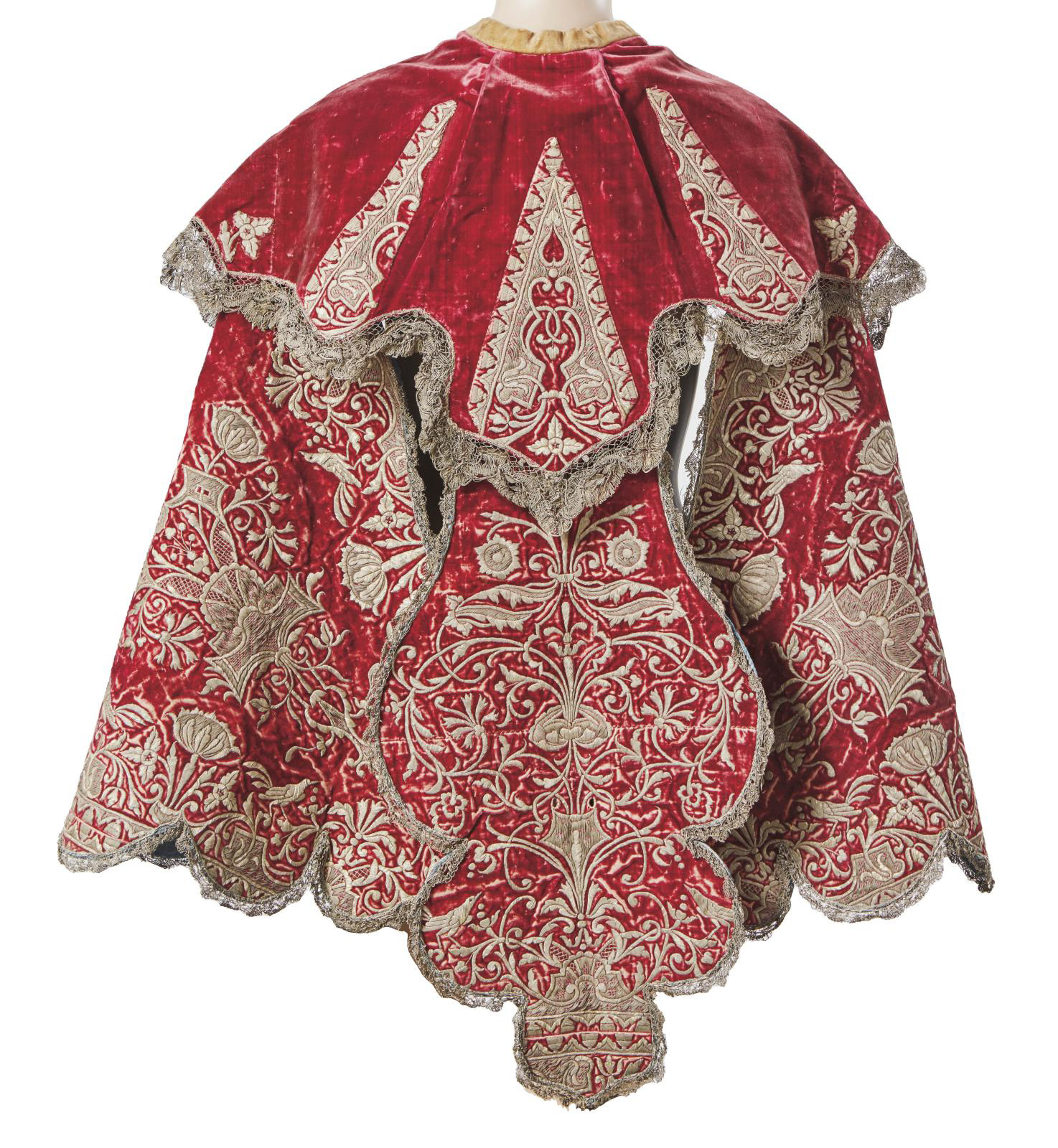 An admirer of Armand Jean du Plessis (1585-1642), Duc de Fronsac—better known as Cardinal Richelieu—paid €78,000 for the prelate’s beautiful red velvet cape dated 1630 with three pendants and a flap embroidered with silver threads, illustrated on page 36 of La Gazette 26. The blue silk lining is embroidered with the cardinal’s red and gold monogram. The type of garment, the provenance and the client—Louis XIII—make this a very rare piece.

An important Spanish stone capital carved in high relief in the first half of the 12th century sold for €67,600. Colonettes with smooth shafts and an elaborate capital flank the flared corbel’s four corners. The center depicts the Doubting Thomas and each side a holy woman framed by a pointed arch, one holding her hand to her cheek in a gesture of sorrow, the other with both hands open (which are now missing). Apparitions of the risen Christ were an iconographic mainstay in  Romanesque sculpture because of their great expressiveness. The cathedral in Valencia and the portal of the cathedral cloister in Tarragona have similar capitals with flared corbels and colonnettes. Capitals from Santa Maria de Albanza Abbey in Palencia (Fogg Art Museum) and an abbey in Zaragoza (Boston Museum) feature similar examples of these figures with drooping mouths. A rare carved pearwood artist's mannequin from 17th-century Germany (h. 55.6 cm/21.88 in) with rotating joints and wooden and brass pegs fetched €54,600.