A Marquise Diamond Fit for a Queen

The dream has become reality. A very pure marquise diamond exerted its fascination. 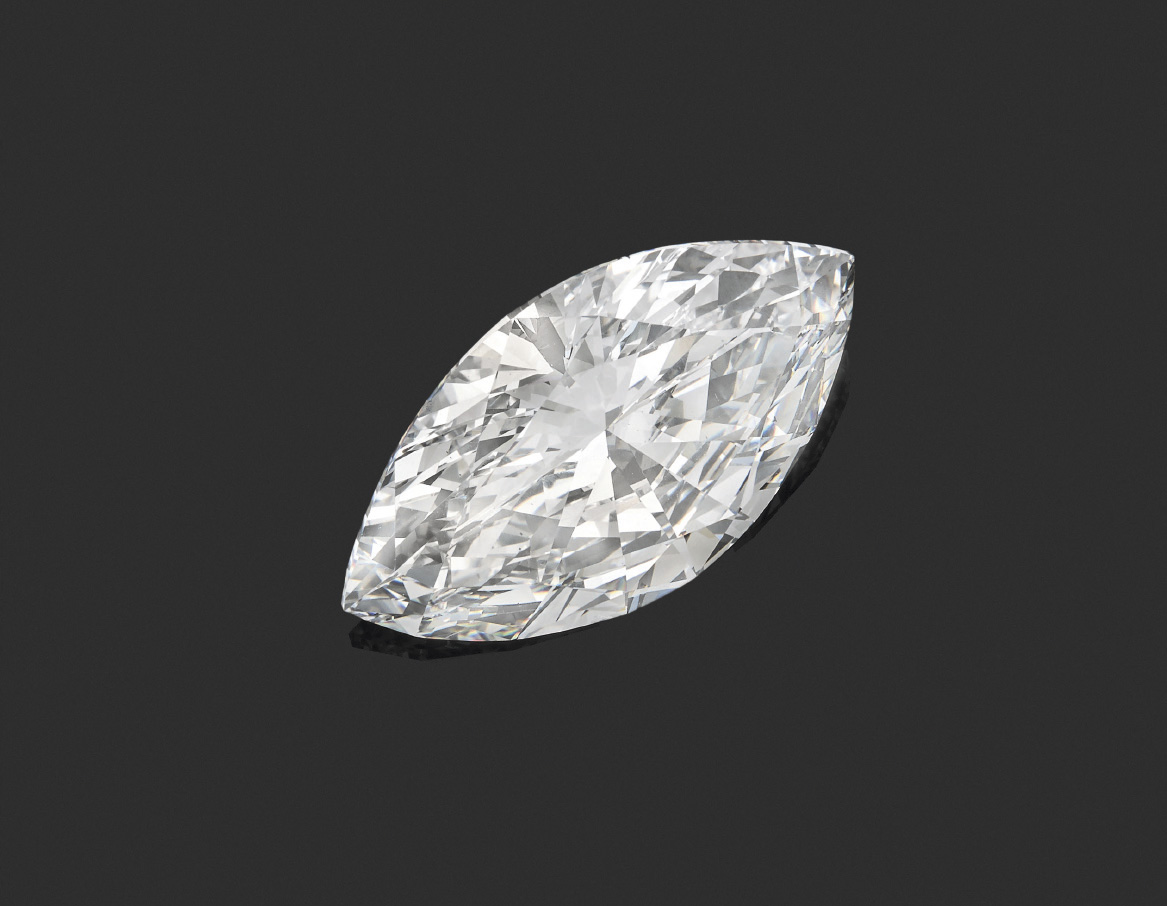 A 14.49 ct ring-mounted marquise diamond of the rare IIa type without any fluorescence, described by La Gazette, fetched €408,320—€28,179 per carat. The outstanding result was due to its D color, the purest possible color and rare for a stone of this size. Diamonds have been known and sought after since the dawn of time, but they were not identified as a crystalline form of carbon until the 18th century. More recently, it was discovered that each of its atoms is linked to four neighboring atoms arrayed at the top of a regular tetrahedron—a fascinating chemical symmetry. The buyer may not have had these scientific details in mind: The stone’s weight, size, color and purity, four essential criteria seldom seen at this level, were enough to make the magic work.

Sumptuousness by Van Cleef & Arpels
Newsfeed
See all news
We Are on Break for Our Annual Summer Hiatus - Back in August! Happy Summer
A Michelin Star for the Museum of Modern Art in Fontevraud
World Record for the French-Danish Painter Gerda Wegener
Canadian Indigenous Groups Ask Vatican to Return Cultural Artifacts
Not to be missed
Lots sold