After in-depth research and many twists and turns, this portrait, soon to be presented in Bordeaux, has revealed its secrets. 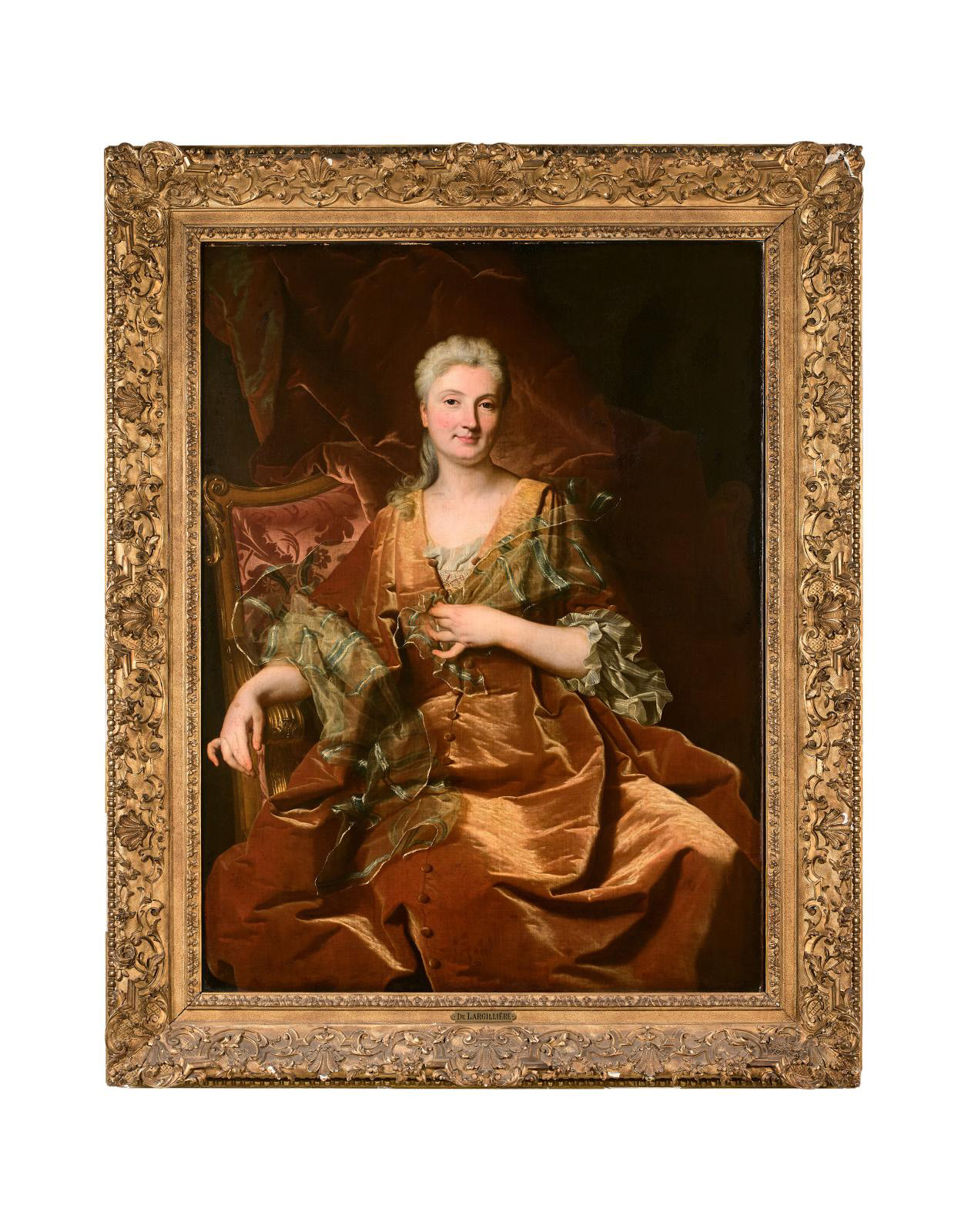 Surprising as it may seem, on November 17 the Chateau of Versailles will open its first monographic exhibition devoted to painter Hyacinthe Rigaud. Yet the artist’s contribution to establishing and perpetuating the image of the absolute monarchy through his world-famous portraits of sovereigns, such as the authoritarian Sun King draped in his coronation costume, is well known. The show includes 150 of Rigaud’s works and, despite earlier misattributions, this Portrait of a Woman Presumed to be Charlotte de Fleury de La Jonchère could easily be one of them. Last summer, it almost went on sale as the "19th-century school after Nicolas Largillière". The fault lies with a late lining, a signature on a rear frame and a coat of soot hiding the modelling and skilful play of light. Industrialist Mathieu Alfred Lacaze (1846-1922) bought the painting as a copy of Largillière from dealers, the Haro, on the Left Bank in Paris. His Bordeaux descendants never questioned the attribution. But observant Rigaud specialist Stéphan Perreau spotted the work on the internet, alerted Mr Courau and proposed an in-depth study, carried out jointly with the Turquin auction house. He had already seen a lesser-quality replica of the painting, sold on 25 June 2010 at the Hotel Drouot (Libert OVV). Mistakenly identified as a portrait of Madame Marie Aupoys, this painting was later attributed by him to Rigaud's studio and the model recognised as Madame de La Jonchère.

Madame de La Jonchère Unmasked
The tricky identification process started with an aesthetic detail: the wig! The young woman wears a 'button' style model, consisting of curls tightly gathered on the crown of the head, with two curls falling on the temples on either side of the forehead, typical of the fashion of the 1720s. Rigaud's account books also reveal that he requested around 1,500 pounds, an exceptional sum at that time for a knee-length portrait including the hands. On examining the candidates found in Rigaud's account books (although caution is advised as some of his major commissions do not appear in them), and considering the model's age, the likeliest hypothesis is Charlotte de Fleury (1692-1757). Known first as "Charlotte Raisin" and then Madame de La Jonchère after her wedding in 1707 to Gérard Michel (1673-1750), seigneur de La Jonchère, Roissy and Vaucresson, Treasurer of the Ordinary and then of the Extra-ordinary of Wars in 1711, she commissioned her portrait from Rigaud in 1719 and paid the 1,500 pounds on delivery two years later. At 27, she was at the height of her beauty and social life, a leading figure in Paris and its salons. It was only natural that the couple turned to the greatest portraitist of the time, that of Louis XIV and Louis XV.

Expressive Hands
The painting bears Rigaud’s stylistic imprint, notably the undulating position of the young woman's body, which can be seen in several of his portraits from the years 1710-1720, and the expressiveness of the hands typical of the Baroque period. The left hand folded over the chest is also found in the portrait of her husband, kept in the Château de Parentignat (Puy-de-Dôme), and of the Princess Palatine in the Deutsches Historisches Museum in Berlin. Rigaud plays with light, which strikes the model on the right, accentuating the curve of the neck and the positions of the hands, and lets shadows creep over the fabrics on her left. Lastly, the delicately modelled, white-complexioned face illustrates the "beautiful finish" elaborated by Rigaud with his painstaking draughtsmanship. For him, the face and hands were the most important parts of a portrait, and he never left them to his studio’s care. Given the treatment’s quality—visible in the brilliant superimposition of the thin silk veil on the velvet dress—Rigaud seems to have painted the whole portrait: a rare, precious fact at a time when he had nothing left to prove and delegated much of his work to others.

The Double Gaze of Gala by Francis Picabia
Newsfeed
See all news
Cologne Art Fair Galleries Receive 34% Discount
Preserving and Promoting Industrial Site
Ten Contemporary Artists Present Installations Around Egypt’s Great Pyramids
Plans for Mobile Museum Aboard a €32 Million Catamaran
Not to be missed
Spotlight
Eugène Dodeigne: The Apostle of Pure Form
The Walking Man recently left La Piscine, a museum in Roubaix, where…
Spotlight
The Studio of Frans II Francken and the Wedding at Cana…
Belonging to a long line of Flemish artists, Frans II Francken (1581-1642) asked…
Spotlight
The Finest Empire Silverware in One Collection
Doctor Vincent had a real passion for the French Empire and more…
Spotlight
The Composer Claude Debussy by Jacques-Émile Blanche
This portrait of Claude Debussy by Jacques-Émile Blanche, the star…