Although only attributed to him, this painting achieved a considerable price, closer to that of an original by the artist. 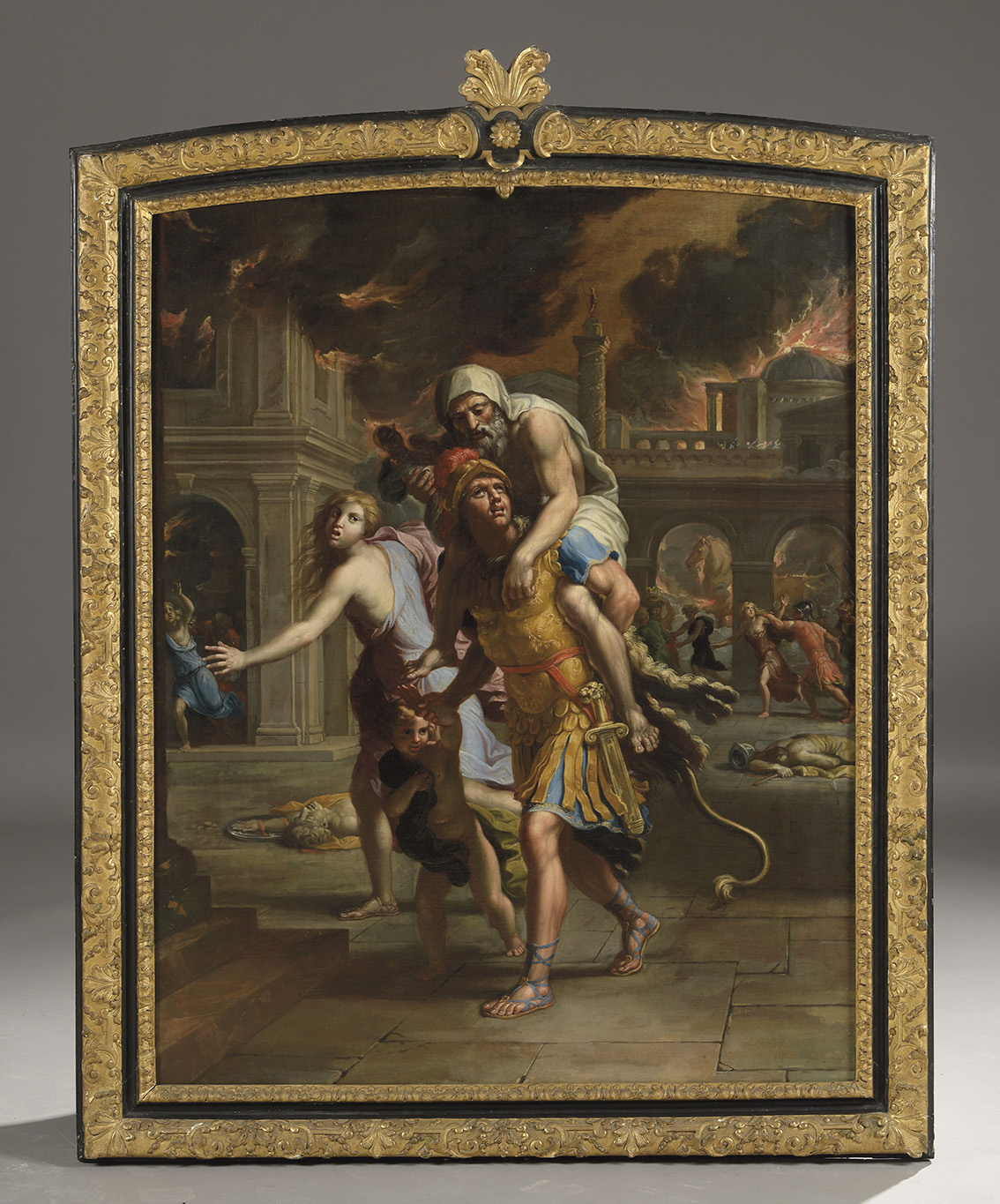 The career of François Perrier (1590-1650) is well documented, especially after he returned from Rome in 1630. There he learned much from Bolognese artists and from copying masterpieces of antiquity—but not enough, it seems, since he went back for another ten years before returning to Paris for good in 1645. His art was much admired, and he was taken on by Simon Vouet (1590-1649), then at his peak. Perrier was involved in decorating the Cabinet de l'Amour in the Hôtel Lambert on the Ile Saint-Louis in Paris, and painted his masterpiece, the vault of the gallery of the Hôtel de la Vrillière (now the Banque de France headquarters), also in the capital. He was a typical Baroque artist with a taste for dramatic effect; the realism of his early years was later characterized by brighter colors and palpable emotion.

Perhaps this Fuite de Troie (The Flight from Troy) attributed to him will be added to his official corpus, for it garnered a fine sum of €60,160. In around 1646, he painted the meeting between Aeneas and the Sibyl of Cumae, now in the National Museum in Warsaw. The Louvre owns a large-scale Aeneas and his Companions Fighting the Harpies: a masterly work. Here, however, we see the Trojan hero carrying his old father, Anchises, accompanied by his wife Creusa and his young son Ascanius, as they leave the burning Troy. This mythological figure—and founder of the State of Rome–certainly seems to have inspired him...

Romanelli’s Justice for Mazarin: A Rediscovery
Not to be missed
Lots sold