The unmistakable little girl’s look was updated in the late 1920s—and it looks set to be a hit nearly 100 years later with this extremely rare plaque. 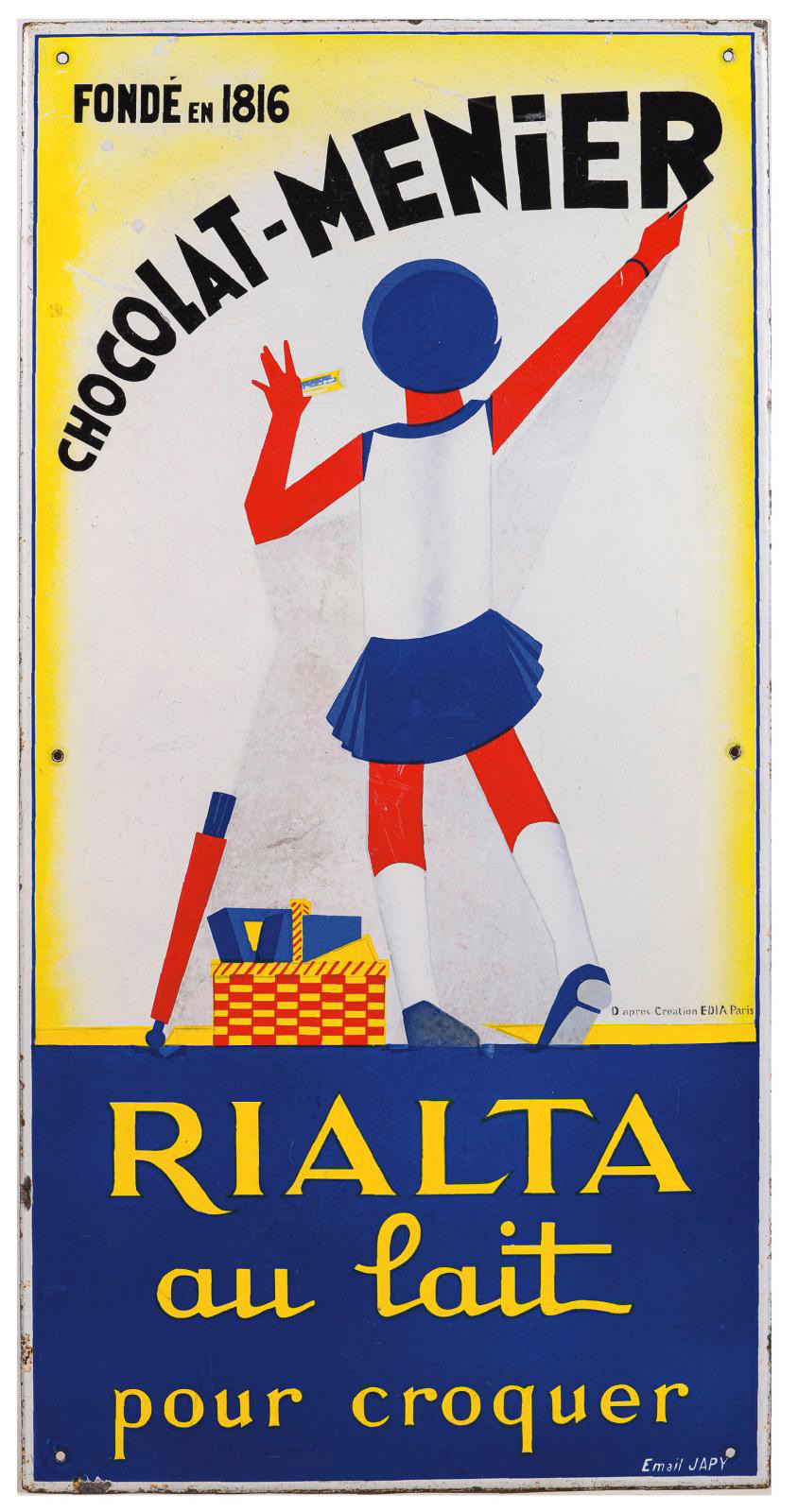 This little girl stood out from other advertising items with innovative graphics set off by her tomboy haircut and short pleated skirt. Illustrator Firmin Bouisset (1859-1925) invented her to sing the praises of Menier chocolate. At first, his daughter Yvonne was the model, but this girl was ultimately the brainchild of an anonymous artist known only as "O.GUS". Being extremely rare, the large Art Deco plaque (50 x 100 cm, 19.68 x 39.37 in) triggered a bidding war that ended when the hammer came down at €53,680, surpassing the €45,000 obtained by Bouisset’s earlier version at the same auction house in June 2015. Without switching aisles, the Delespaul-Havez chocolate advertisement, famous for its merry candy-lovers sitting around a table, was much more affordable. The "importé de Belgique” version of the flat, rimmed enameled plaque (60.2 x 42.1 cm, 23.62 x 16.57 in) fetched €3,904. In the pharmacy department, an advertisement for those essential Valda cough drops found a buyer at €5,612. The Émaillerie Alsacienne de Strasbourg made the plaque (40 x 97.7 cm, 15.74 x 38.46 in), which features a portrait of French actress Michèle Morgan (1920-2016). What’s more, it was never affixed and is therefore in mint condition.

French Chic at the Mobilier National
Newsfeed
See all news
Paris: Open House at the Père Lachaise Workshops
Preemption: Romanelli's "Justice" Is Heading the Musée du Grand Siècle
A Diamond Cross Pendant Fetches €673,100 at Drouot
London: Will the "Portrait of Omai" Enter the Collection of the National Portrait Gallery?
Not to be missed
Lots sold