A marvel of silver craftsmanship adorned with diamonds, this weapon harks back to the splendor of Louis XVI's reign. 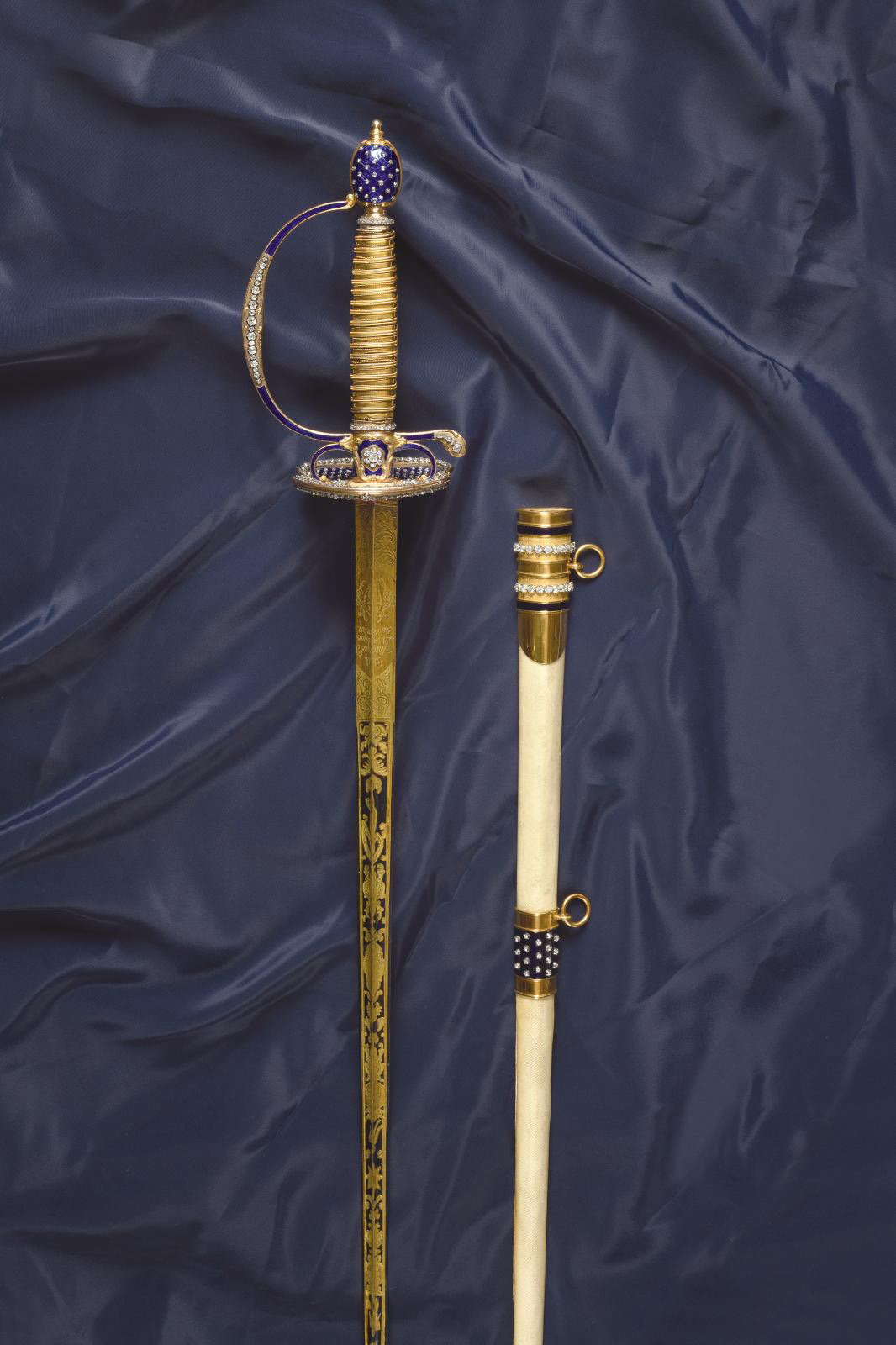 A piece of true silver craftsmanship this sword sold for €182,700—within its estimate. Although the mount adorned with gold, enamel and diamonds was not signed by its jeweler, the swordmaker is identified several times on the blade: Etienne Giverne, one of the most famous Paris craftsmen in this line. Active since 1745, he was referenced as furbisher to the musketeers and the royal palace in 1774 and 1777. When he married Catherine Geneviève Bourgues in 1751, he inherited the stock of another master, Pierre Bouguese, or Bougues. The blade, which bears both their names, may have come from the latter and thus be a little older than the silverwork handle and guard.

Like this fancy sword (a commissioned piece designed to be worn at court), a pocket watch also evoked the second half of the 18th century. Signed "L'Épine à Paris", it fetched €19,375. The rhinestone-set fleur-de-lys crown above the scrolls adorning its balance cock movement, visible through an openwork glass back set with glass, shows that this splendid timepiece was intended as a gift (diameter 4 cm/1.6 in., gross weight 46 g/1.62 oz). Though a box with a lock made by Louis XVI found no takers, a memento from the Napoleonic era was singled out by collectors. Expected to sell for no more than €6,000, a decoration awarded to the Emperor's aide-de-camp Maréchal Mouton, Comte de Lobau, inspired a battle up to €25,000. This was his insignia as Commander of the Order of the Iron Crown of the Kingdom of Italy (33 x 2.3 cm/13 x 0.9 in, gross weight 14.8 g/0.52 oz). The enameled gold decoration, hanging on a long ribbon with a rosette, came with its original case stamped with the grand imperial arms. It is a rare piece, as the number of recipients of this decoration was limited to a hundred.