Enriched with gold illuminations and intricate calligraphy, Islam’s holiest texts were available in sumptuous forms. However, it was a more sober version that attracted the most attention at a recent auction. 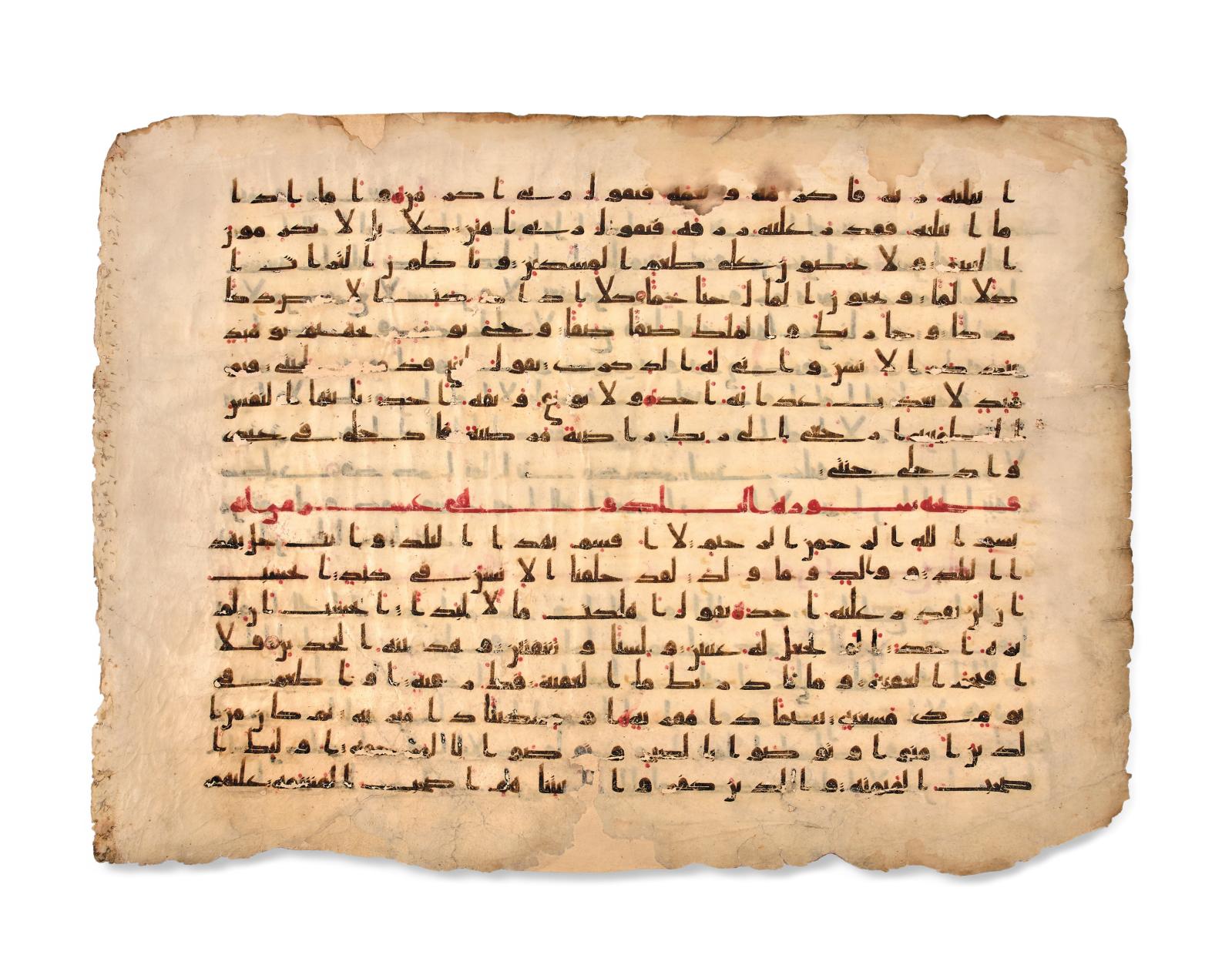 The late 15th-century two-volume Quran is presumably from the India of the sultans. The monumental leaf on parchment sparked a fierce bidding war culminating in €837,545 and setting a world record for a page from a Kufic Quran, says department head Anne-Sophie Joncoux Pilorget. Originally from Mesopotamia, it is dated to about 750, during the late Umayyad Caliphate. This was corroborated by a Carbon-14 test conducted in November 2021, which dated the work to the period 694-778. The text on both the front and the back—suras 87 (incomplete), 88 and 89 (complete)—is written with sepia ink in "long" kufic script. Red dots separate the suras and the titles are in red ink. Kufic script originated in Kufa, in present-day Iraq, in around 640. Largely based on the script of the neighboring city of Hira, it is characterized by an unusual style based on its angularity and its pronounced square shapes, made of short vertical lines and extended horizontal lines. The 56 leaves from the fourth juz of a princely Quran (21 x 15 cm/8.26 x 5.90 in) commissioned for the son of Caliph Abu'l 'Abbas al-Nasir al-Zahir (1180-1225) and enriched with lavish gold illuminations fetched €208,000. A 175-leaf, c. 1317 Guide of conduct for Sufi aspirants with calligraphy by Ahmad b. al-Suhrawardî sold for €197,500.