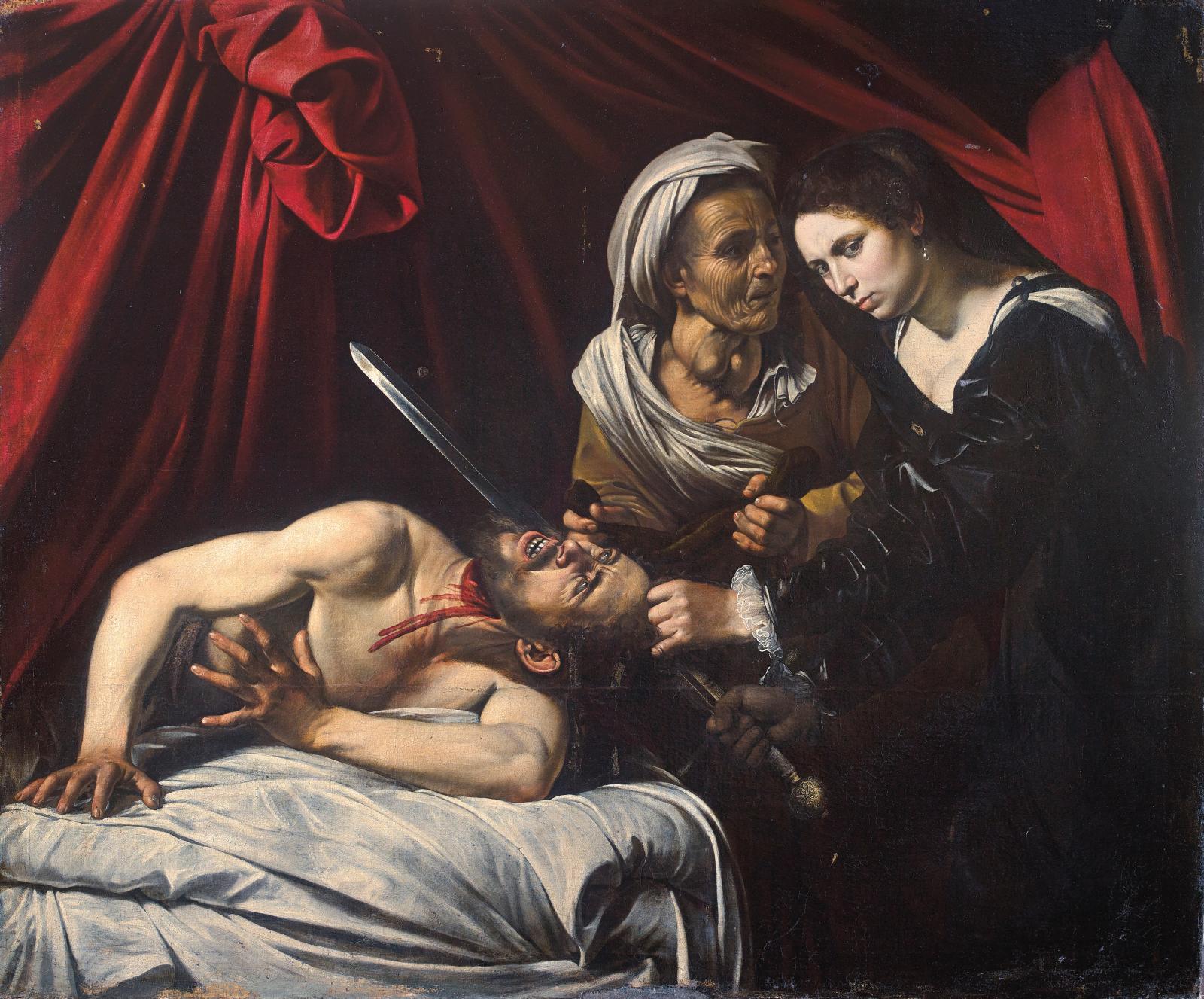 The Finson Hypothesis
Although Ms Baron-Callegari is taking a light-handed approach to the restoration, it has already had a significant impact, especially on the interpretation of how the painting was made. «The artist used the grey-brown preparation as a medium tone in the establishment of certain parts,” she says. “He did not paint everything, allowing the preparation to play a role as a colour.” The restoration confirms one of the theories advanced in the report by Caravaggio specialist Claudio Falcucci: at first, Judith was looking at Holofernes, as she is in Caravaggio’s Judith Beheading Holofernes at the Palazzo Barberini in Rome not the viewer. At this stage however, there is still a long way to go before the research community reaches a consensus. Gianni Papi remains sceptical. He thinks the «Finson hypothesis», which attributes the work to Louis Finson, a contemporary of the artist’s, is the most likely scenario. Francesca Cappelletti, Anna Coliva and Maria Cristina Terzaghi, who will head the future Caravaggio Research Institute, have not written a line or uttered a word on the attribution. Nor has Neapolitan painting specialist Giuseppe Porzio. Those convinced the work is by Caravaggio close ranks behind former Capodimonte Museum director Nicola Spinosa, Aberdeen University’s John Gash and above all Keith Christiansen, who confided his lack of doubt to us in October 2016. In a June 2017 discussion, whose translation we are publishing here for the first time, he even went a bit further.