A beautiful show in Compiègne, which is situated in the Oise department of northern France, features fast vehicles and those who, since the 18th century, have tried to break speed records. All the while highlighting the aesthetics of this pursuit. 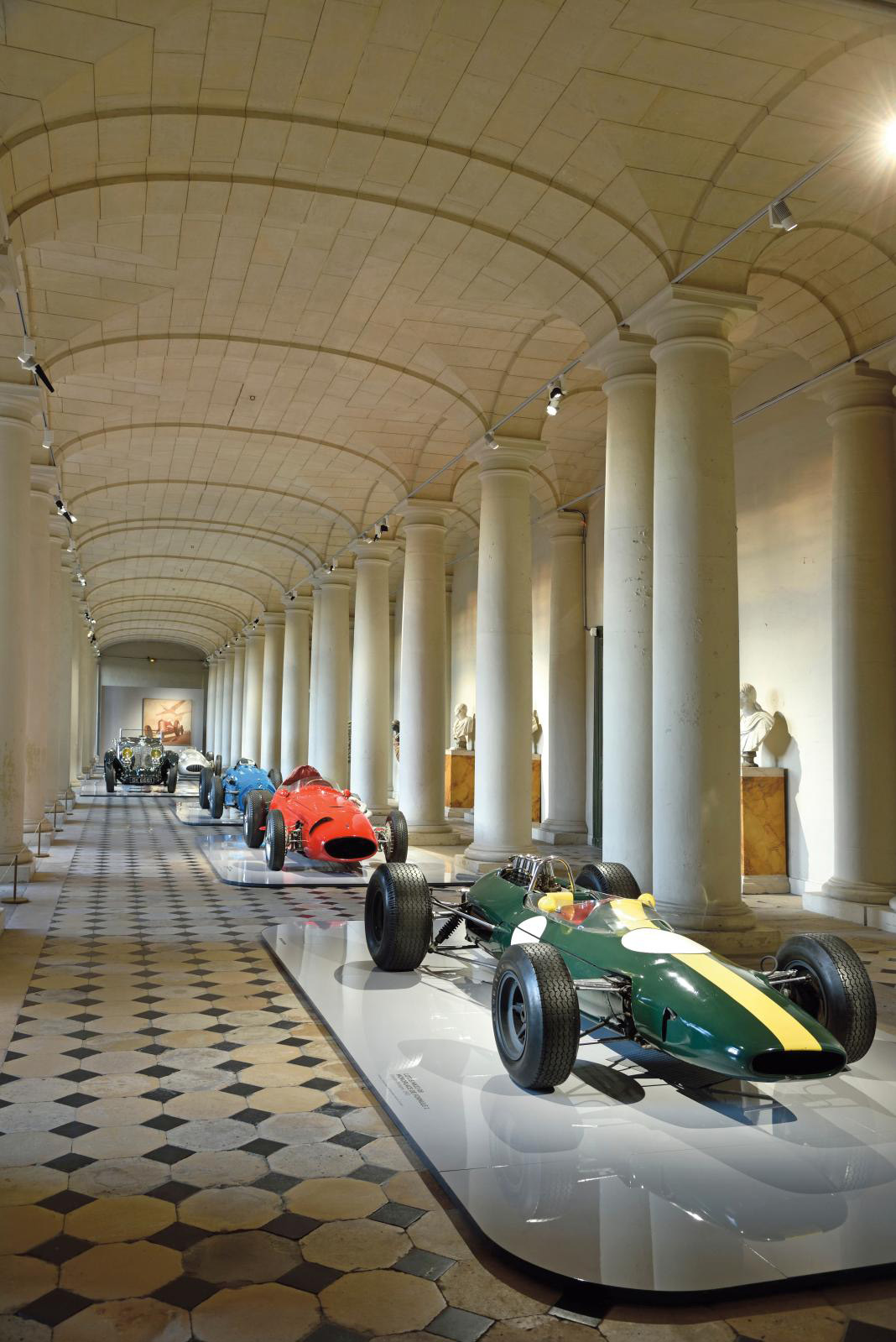 The quest for speed is consubstantial with man. It is not a reprehensible thing but linked to an impetus for pure joy. Rodolphe Rapetti, director of the Château de Compiègne, wants a cheerful exhibition to help us through these gloomy times. He hopes the French Ministry of Culture will one day approve his long-overdue restoration project for the musée national de la Voiture (National Museum of the Car) housed in the palace. Meanwhile, he continues to showcase this rich, and surprising collection to its best advantage.

From Henry of Germany’s Roman chariot—the only one reconstructed, so far, from ancient parts and studied for the occasion—to Josephine’s sleigh, which sold last year for €212,500 at Osenat’s Bicentennial of Napoleon Auction in Fontainebleau, the exhibition showcases outstanding vehicles, including some carefully chosen loans. The visitor’s route, a chronological maze dictated more by the palace’s labyrinthine layout than by reason, features racing vehicles since the 18th century and the earliest cabriolets. “Spiders”—sport carriages with monumental wheels—heralded the modern sulky (2-wheeled horse-drawn vehicle primarily used in harness racing). The first steam-powered velocipedes dialogue with the bicycle that José Meiffret rode to a speed of over 200 kph/124 mph by sheer leg power in 1962. Ferrari, Lotus and Talbot racing cars are succeeded by their earliest forerunners, like the 1893 Renault Type C from a private collection in Milan. The museum wanted to follow up its 2020 concept car show with an exhibition of high-speed vehicles from another age and arranged in anachronistic, if not incongruous, juxtapositions. The contrasts can be amusing, such as the Roman portraits in the Colonnaded Hall that look puzzled to be gazing at a 1930 Bentley, or these juxtapositions can amplify the work, such as the slender Venturi VBB-3, an electric-powered ‘rocket on wheels’ loaned by the Monaco design office, which set the record of 487 kph/302 mph, whose 11 meters (36 feet) fill the entire length of the ballroom. “By mixing places and objects,” says the co-curator, who aims to display the collection’s diversity, “I want to get visitors to call our criteria of beauty into question.”

“Speed is also an object of representation,” he continues. “The show explores the automobile’s place in the fine arts, especially the avant-gardes, which depicted speed as a response to mechanical breakthroughs.” The challenge of representing movement led some artists to depict man as an extension of his machine. A kind of organic complementarity and fusion of lines recall how much this pursuit is a challenge to surpass oneself. Nineteenth-century paintings, drawings and prints by little-known artists, with the exception of Toulouse-Lautrec, illustrate that speed is not just a subject for modern art. Futurists, represented by Luigi Russolo’s Automobile in Corsa on loan from the Centre Pompidou, only marginally showed cars. Cinema filled the gap, as demonstrated by clips from often-forgotten films like that of the race in Louis Feuillade’s The Vampires (1915). But that’s another story.