"The Beauty of the Gesture" at Sèvres: Musée National de Céramique 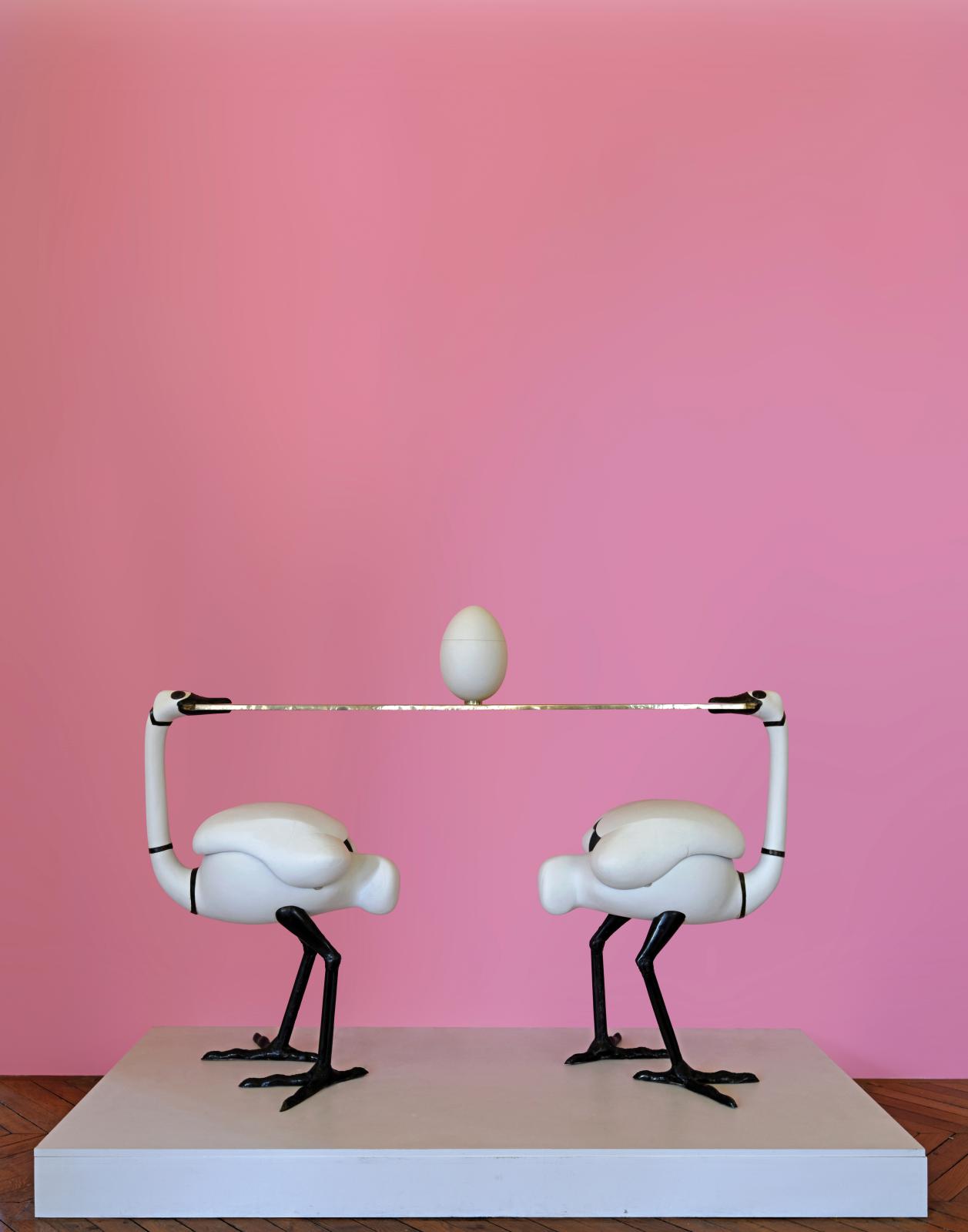 When she presented the 2015 exhibition "From Sèvres to Fifth Avenue: French Porcelain at the Frick Collection", Charlotte Vignon could hardly have known that five years later she would return to Sèvres after a brilliant career in America (at the Cleveland Museum, the Metropolitan and the Frick Collection). In late June, the museum's new director inaugurated the second sequence of "The Beauty of the Gesture": an exhibition on the importance of the techniques and skills maintained at the factory. For Vignon, "the dialogue between the museum and the factory is essential to contemporary creation." Guest artists should be able to learn our techniques and situate them in their historical and aesthetic context.

"The exhibition is full of dialogue, from the "jatte téton" or "breast cup" (which legend has it was moulded on Marie-Antoinette's breast) to the multi-breasted sphinx by Louise Bourgeois, Nature Study, and from the Lalannes' "Ostrich" bar to the anthropomorphic vases of Pascal Convert. With the accent on "drawing and design", painting and the use of gold, it also touches on the little-known tradition of porcelain furniture. Like Bertrand Lavier with his sofa sporting Mae West's voluptuous lips – a tribute to Salvador Dalí's famous sofa –, designers have indulged in every kind of boldness. In the line of Neoclassical commodes covered in porcelain plaques with floral motifs, like the one belonging to the Comte d’Artois, Nathalie du Pasquier proposed her "Letter storage box" in 1996, while the Doshi Levien duo revisited the cabinet.

Discover the Treasures of the National Ceramics Museum at Sèvres
Newsfeed
See all news
UNESCO: The Maison Carrée in Nîmes Candidate for Classification
A Bench Exhibited at the 1900 World's Fair To Be Auctioned Soon
In Paris Contemporary Art Is Always Welcome at Saint-Eustache
Cologne Art Fair Galleries Receive 34% Discount
Not to be missed
Exhibitions
The Palais Galliera in Paris Recounts the Adventure of…
The French edition of the world's leading fashion magazine is celebrating…
Exhibitions
Othoniel As Narcissus at the Petit Palais
The exhibition—an introductory journey through a wonderland of mythology,…
Exhibitions
Anni and Josef Albers at the Musée d'Art Moderne in …
A comprehensive show traces the lives and work of two modern art…
Exhibitions
The Mobilier National Brings Napoleon’s Palaces Back…
At the Gobelins Gallery in Paris, France’s National Furniture Depository…