The director of Moscow’s Tretyakov Gallery is increasing partnerships with major foreign institutions and promoting Russian artists in her own country. 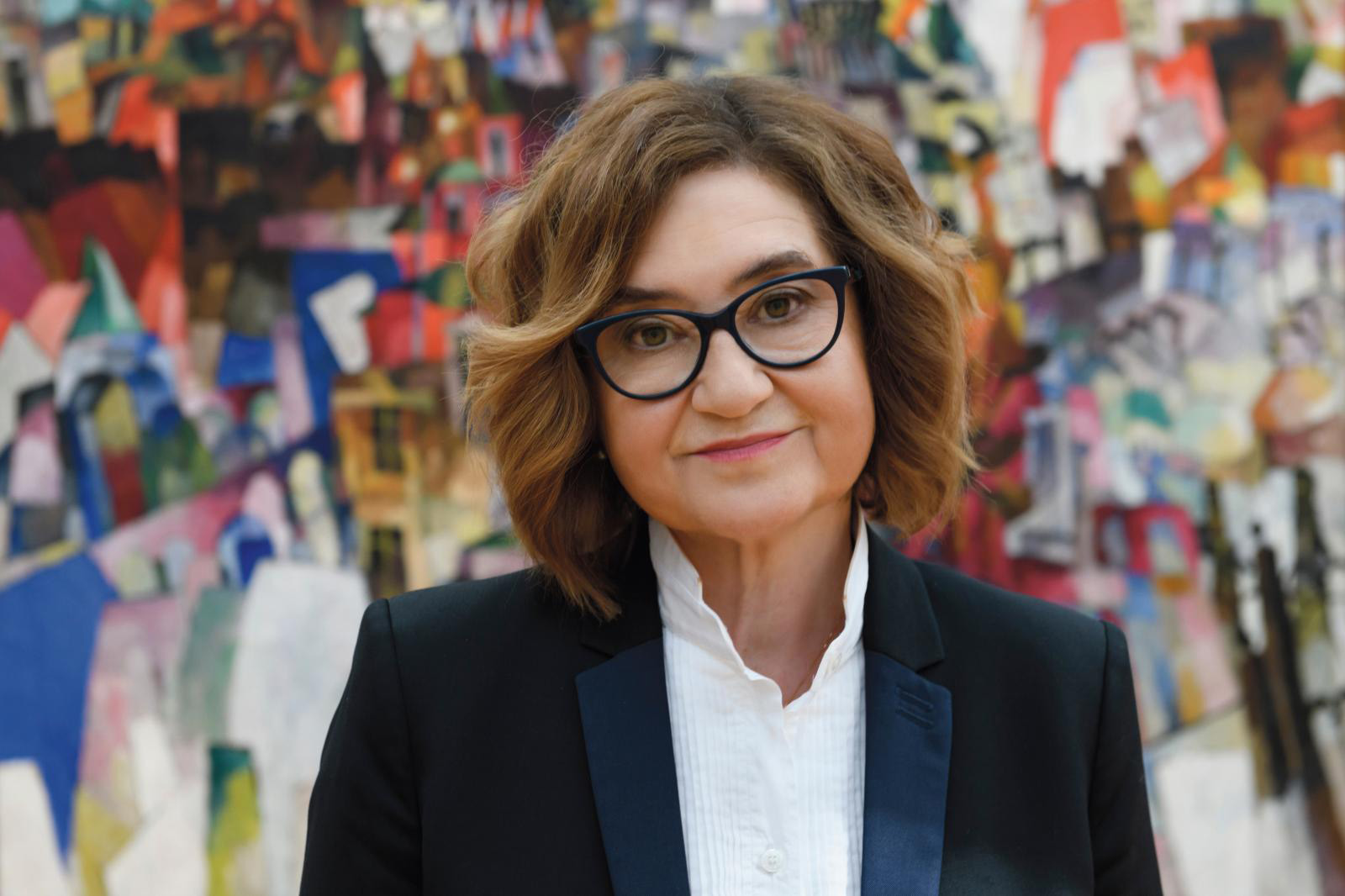 The Tretyakov Gallery posted good results before Covid.
Two things were especially significant: firstly, the number of visitors rose from 1.4 million in 2014 to over 2.8 million in 2019. Secondly, the museum is increasingly self-sufficient, with government funding now accounting for just 36% of the total budget. That figure was 68% when I became director in 2015. Today, the Gallery provides 64% of its own budget: 42% comes from ticket sales and commercial activities, 22% from benefactors.

What impact has the pandemic had?
The museum was closed for five months from late March to early July 2020 and from November 15 of the same year to January 22, 2021, which obviously impacted our resources. Fortunately, the government came to our rescue by funding about 70% of our annual budget. Immediately after reopening, by which time we had planned seven new shows, we had a surge of visitors: a sign that the public really missed the stimulation provided by art. For 2021, we estimate admissions to be about half the total before the pandemic. But what’s really interesting is how the public has changed: there are now many more visitors under the age of 35, whereas previously most of them were retirees.

Why do you think young people are suddenly interested?
Probably because the Tretyakov Gallery has raised its profile on the Internet. First, tickets can be purchased online, which is something young people like. They feel much more comfortable with it than older people do. Above all, we feature online tours and many videos about the museum’s collections and exhibitions, which have received four awards from Art Newspaper Russia. In addition to our 60-second videos, which have drawn record-breaking numbers of viewers, we produce short films about masterpieces from our collection as well as longer ones. For example, a 70-minute film made with the participation of SberBank and the Russian rock star Sergey Shnurov racked up a million views in three months. In February 2021, we started a website called "My Tretyakov" with 3,500 entries on works from our collections, while our YouTube channel had 180,000 subscribers. The number of real visits on social media rose from 2.4 million in 2019 to 11.6 million the following year. The museum’s image today is far from traditional or musty and its public is changing, like our projects.

What are the most significant examples of your policy, especially internationally?
The Tretyakov Gallery is a Russian art museum, so it is my duty to disseminate and promote its image around the world. That’s why I’ve been increasing the number of international exchanges since 2016. For example, in 2016 we loaned London’s National Portrait Gallery 26 portraits from our collections, and in return, they sent us 49 British ones. In 2016, the Vatican Picture Gallery exceptionally sent us 42 masterpieces, including Caravaggio’s Entombment of Christ, and the next year we loaned them 54 paintings for the exhibition "Pilgrimage of Russian Art: from Dionysius to Malevich". Our other collaborative projects were with the Shanghai Museum in 2017-2018, the Munch Museum in Oslo with our exhibition of the Norwegian artist in 2019, London’s Tate Modern with a Goncharova show the same year, Dresden’s Albertinum on the Romantic movement in Germany and Russia last year and the latest, the Ilya Repin show at the Petit Palais in Paris.

What is being planned in Russia?
Disseminating culture is part of a program President Putin launched in 2016 via the National Cultural Heritage Fund, which saw the creation of branches of major national museums in medium-sized cities. It started with a cultural complex in Vladivostok associating the Tretyakov Gallery, Hermitage Museum (see the interview with its director Mikhail Piotrovsky in La Gazette), Russian Museum, Oriental Art Museum, Mariinsky Theater and State Art Institute, an art school. This is a completely new concept because it includes not just a museum but also a theater, an art school and restoration workshops. It consists of three separate buildings laid out around a plaza where about two million people have access to high-level cultural events in "Russia’s Far East capital".

There’s a similar project for Kaliningrad, west of the Baltic countries, with a branch of the Bolshoi. But I want to stress what’s happening in Samara, a city on the Volga about 850 kilometers west of Moscow. A branch of the Tretyakov will move into a masterpiece of Constructivist architecture designed and built by Ekaterina Maximova in 1932 as a "kitchen-factory" [a mechanized catering facility—Ed.] for the Maslennikov weapons and civil technology factory shaped like a hammer and sickle, the symbol of the Soviet Union. The 8,000-square-meter (approx 86,111 sq ft) building will be converted into exhibition spaces, classrooms, artists’ residences and an auditorium doubling as a cinema for the 1.4 million people of this city in central Russia, which boasts a renowned state-of-the-art science and technology university. Other collaborative projects, this time with independent decision-making, are planned for Kazan, Tula and Ekaterinburg.

What else?
Despite Covid, we have no intention of canceling our international projects or loans to foreign countries. This year, we’re participating in several contemporary art shows, including "Diversity United" in Berlin and Moscow until March and a contemporary Indian art exhibition at the New Tretyakov Gallery in late May. But above all, we’re continuing our own exhibitions of more or less famous Russian artists, because it is important to ensure they are known in their own country. For example, in 2021 we hosted shows on Robert Falk and Ivan Kudryashov. We also devoted a major retrospective to Mikhail Vrubel, who should be better known. In the 1880s-1890s, this true visionary created his own world outside of realist painting. He deserved a large-scale tribute that captured the scope and variety of his talent. Valentin Serov’s works were not well received at the 1906 Autumn Exhibition, but Vrubel’s were a triumph. These artists enrich our inner life and help us understand the world more fully. Isn’t it the role of a museum like the Tretyakov Gallery to introduce them to or make them better known within and outside Russia?