On the eve of a new edition of Art Basel, Victor Gisler, from the Mai 36 gallery, looks back at his career and recent trends in the art world. 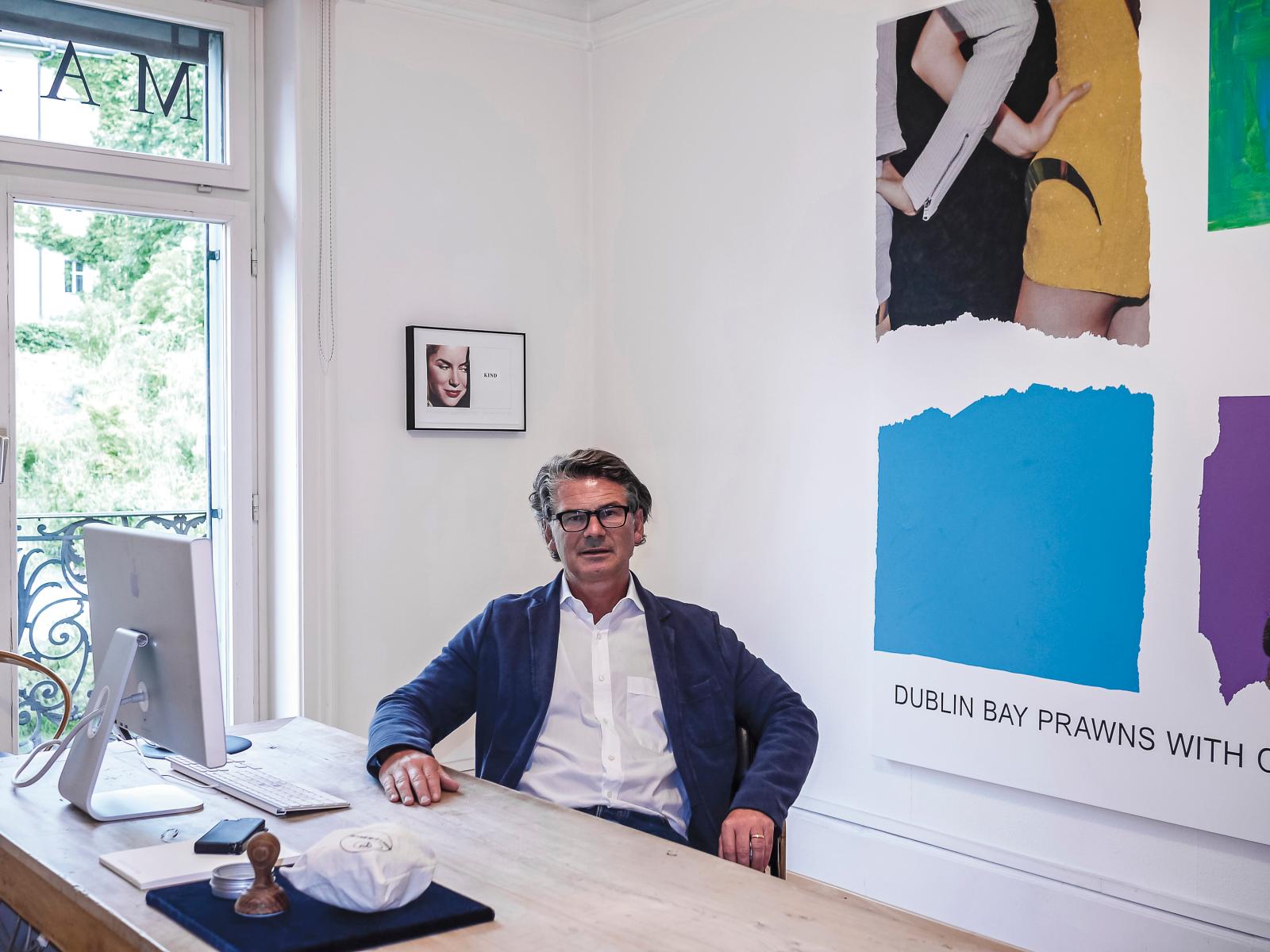 Victor Gisler, a veteran of continental contemporary art, has attended Art Basel since 1990. When he founded his own space in Lucerne in 1987 before moving to Switzerland’s economic capital six years later, he followed his passion, but above all he did a rational calculation.

How did you become a gallery owner?
Before opening my own space when I was 27, I had the good luck of meeting Jean-Christophe Ammann, who was head of the museum in our city, Lucerne. He must have been the best curator imaginable for an institution. Meanwhile, I worked on a project that involved interviewing many players in the artistic ecosystem while I was studying economics. That's how I eventually got into the field. I drew up a business plan, started attending events to meet people and made a list of artists I really liked. There was no e-mail or Internet back then. You had to write to these people or visit them. That's what I did! I met Lawrence Weiner, who in turn introduced me to his friend John Baldessari. John had no representation in Europe except for a gallery in Paris, which he wasn’t satisfied with. Thomas Ruff and Andreas Gursky were leaving their school in Düsseldorf. All of us were from the same generation. I drew up a schedule, installed the gallery and we embarked on the adventure.

You started participating in fairs very early on.
Right from the start, it was clear to me that fairs would be the inevitable extension of galleries. In 1989, I exhibited at Arco and the Frankfurt Fair, a very ambitious project at the time. The following year, I booked a stand for Art Basel. The rest is history. But nowadays, fairs are no longer emancipatory. On the contrary, they’re beginning to kill many players who don’t have the financial means or the size to participate, so the system literally prevents a new generation from emerging. The current model needs to be fundamentally rethought. It only works for 40 or 50 galleries in the world. To tell you the truth, it gets boring to see only these galleries taking up all the oxygen. When you compare with what they do in Miami and see everything they’re willing to do to attract new, increasingly important collectors, it is turning into a sham. The truth is that the real deals are made by the biggest players who have pre-sold paintings for $5 to $50 million. In my case, fairs cost about $1 million a year and account for about 60% of our annual turnover. That's huge, but don't forget I'm isolated in Zurich. If I were in New York, I’d probably attend fewer fairs. New York is a show that lasts 365 days a year!

Would you open a gallery today?
I don’t know how many sleepless nights I’ve spent wondering, "Why are you doing this to yourself?" Being a gallery owner is an outsider's life, at least socially. But it's what I really like to do. I want my artists to be famous. I want to work for them. As a gallery owner, you have to wear many hats: intellectual, salesman, negotiator, painter, house painter, communicator, "dad", confidant, accountant, organiser... I’ve had my failures, especially during the Kuwait crisis when I almost had to close down. And then I bounced back. But today, I’m no longer sure that passion alone is enough. A significant financial base has become essential. You have to be able to last five or six years without any real financial return.

"But nowadays, fairs are no longer emancipatory. On the contrary, they’re beginning to kill many players who don’t have the financial means or the size to participate, so the system literally prevents a new generation from emerging. The current model needs to be fundamentally rethought."

Is there still a recipe for success?
The major problem is that it’s getting very hard to start with new artists. When I exhibit Zang Kunkun, who is 32 and unknown, and I sell three or four pieces for CHF5,000 to 8,000, it doesn't cover costs. If I had to present only this generation’s artists, I wouldn't be able to fight my way through. And if I were only interested in my gallery’s growth, I just wouldn't do it. Right now, we have very wealthy people who like the idea of buying, for incredible sums of money, "gimmicks" that others have defined as the thing to own, a bit like a hunting trophy. It's a system based on rarity. It's purely behavioural. That’s why contemporary art galleries represent more and more estates. It’s ideal for them: there’s a product, a name, a brand. The second market is also crucial for contemporary art dealers. Some players, like us, only deal in the second market with their artists. Others deal in everything to keep the company running; the larger ones do so to be able to meet all their customers’ expectations and remain competitive with auction houses. When I started, I didn’t care about all that. It still doesn't stir my blood, but it's part of the job.

What does the future of galleries look like?
The gallery of the future will have to adapt to the situation it lives in: the economic context, the means of communication, thoughts, the spirit of the times, etc. As for my personal outlook, I'm a curious guy. Curiosity is really what guides me. If I lost it, I’d be very sad and stop. As for business, it's hard, probably as hard as it was at the beginning, and it will continue to be so. Grow or go! We must keep on finding new ways to reinvent ourselves. But many artists haven’t met their audience yet. So I have a purpose.