Ralph Rugoff is head curator of the international selection of the 58th Venice Biennale of Contemporary Art at the Arsenale and in the central pavilion, and both are disappointing. 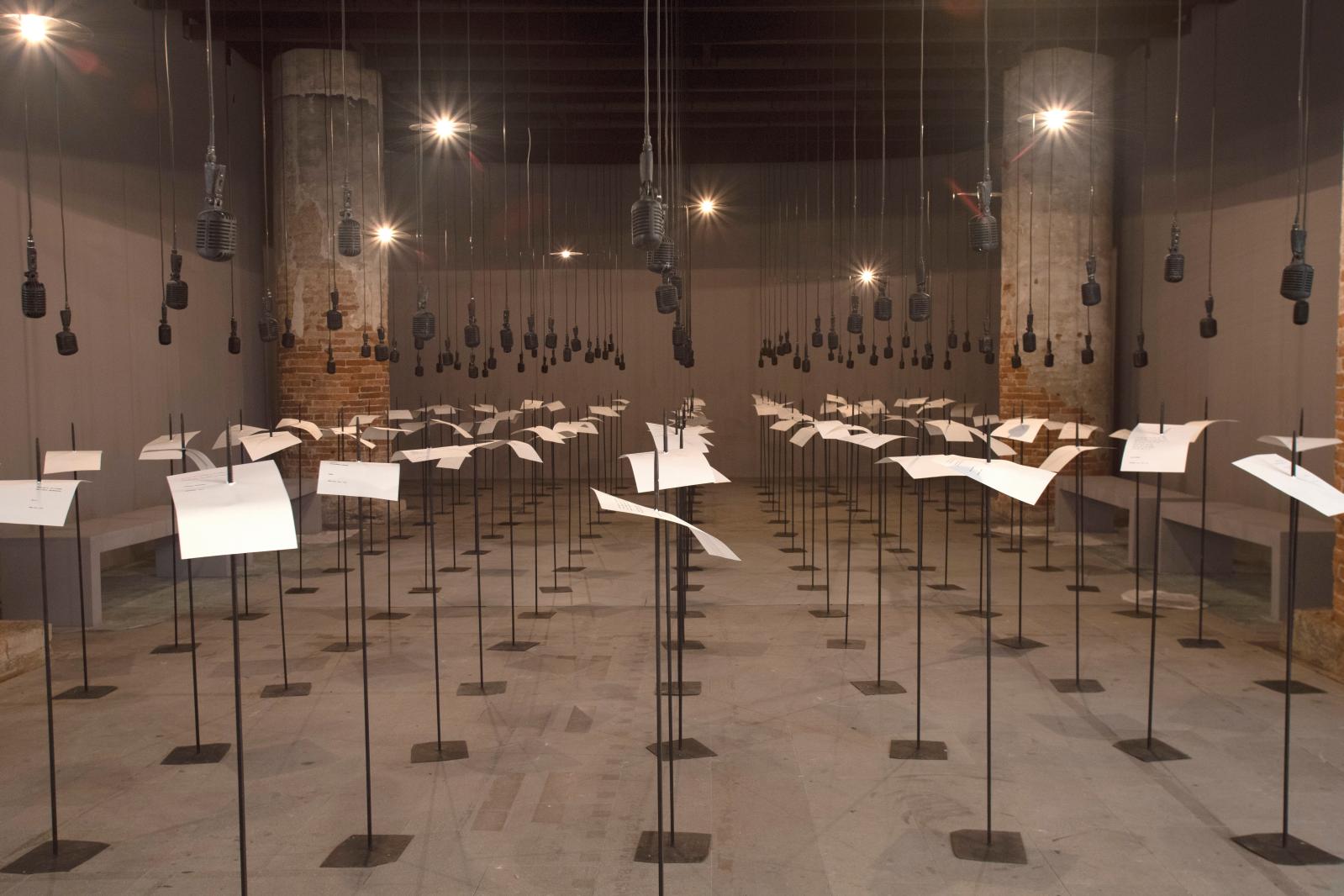 It is now a familiar pattern: every two years, the press reports on the limits of the Venice Biennale, and even on the frank disappointment it engenders. From a high mass, unfortunately the event has too often become a contemporary art fair. To stand out, showiness sometimes prevails over appropriateness or relevance, and the artistic dimension suffers accordingly. The 58th Venice Biennale is no exception. This year, the disappointment is largely due to the boredom felt when roaming through the international selection in the Arsenale and, especially, the Giardini sections. Chaotic hangings increase the sense of confusion, if not vanity. Looking at the works, the first thought that often comes to mind is, “why not?” Enthusiasm is hard to come by; emotion is sorely lacking. The overall tone is rather dark, but not even dramatic.

American Hegemony
American Ralph Rugoff, director of London’s Hayward Gallery since 2006, is this year’s head curator. No matter how loud and clear the Biennale stakes its claim to universality, the choice of international selection curators is still often limited to a few nations, almost always the same, that still control the world of contemporary art: Italy, France, the United Kingdom, Germany and, as influential as usual, the United States. The 2019 edition is no exception. The consequences are considerable, because this is often compounded by the massive presence of artists from those same countries in a singular, decreasingly international selection. The fact that in 2019 only 79 artists were chosen for the international selection – all presented simultaneously in the Giardini and Arsenale sections – probably made the choices seem even starker and underscored the brutal power relations between countries. One third (!) of the selected artists live across the Atlantic, mostly in New York, and nearly 20% in Germany, mainly in Berlin.
The tremendous influence of these cities in the world of contemporary art is undeniable; however, should it be strengthened? If the many artists living outside the United States who have trained there and are well integrated into American networks are included, such as India’s Gauri Gill, who exhibited last year at PS1, a prestigious MoMA outpost, the lopsidedness would be even more striking. South African Zanele Muholi’s photographs, reproduced in very large formats and hanging in the Arsenale site, should not obscure the fact that Africa is almost absent from the selection, as is South America.

Parity and Video in the Spotlight
Unabashed US hegemony also led the curator to propose Jimmie Durham, an American artist living in… Berlin, as the recipient of the Golden Lion for his body of work. The jury clearly did not mind the fact that Durham was recently exposed as an imposter, having based his whole career on fake claims of Native American ancestry. Fortunately, gender parity has been achieved: that is at least one bright spot. When the Biennale gives us the most to think about and elicits the strongest emotions, the choices are mainly disputable. The works fade into the background, which is troubling to say the very least. While the paintings may hardly be convincing – even Julie Mehretu generally shows more inspiration – or eagerly awaited, such as those by the usually excellent George Condo and Njideka Akunyili Crosby, two representatives of the American scene – video is perfectly presented in spacious, beautiful theatres, with productions by Hito Steyerl, Christian Marclay, Ed Atkins and Ryoji Ikeda in particular. Visitors eager to discover interesting and unknown talents will be disappointed, except for photographers Martine Gutierrez and Soham Gupta. The 2019 Venice Biennale is entitled "May You Live In Interesting Times". By the end of the visit, it is still hard to understand why.