The Centre Pompidou is focusing on the prolific career of Victor Vasarely in a chronological circuit. An occasion to look back at the artist's Utopian project. 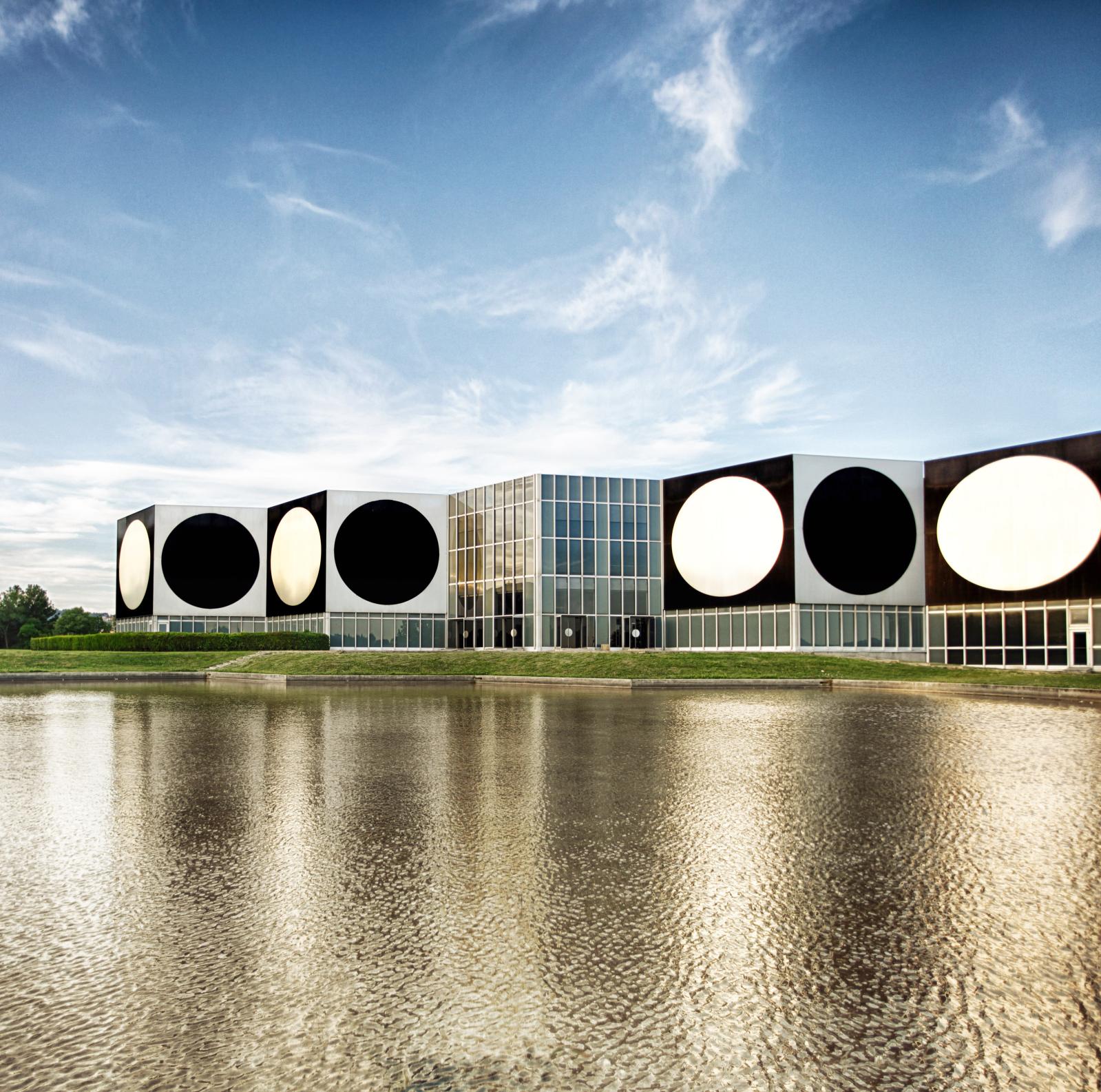 In the 1960s, Victor Vasarely (1906-1997) was a world-famous star, just like Andy Warhol. Few French artists enjoyed such celebrity, let alone an international reputation. Yet ten years later, he was forgotten – particularly in France, where he had been most lionised. Exhibitions are now being devoted to him in Madrid, Frankfurt and Istanbul. In Paris, the major retrospective at the Centre Pompidou is the first since the Musée des Arts Décoratifs' monograph exhibition in 1963.

An unnatural union
This long absence from the French cultural scene was not solely due to the lamentable legal wrangling over Vasarely's estate. The distribution system set up by the artist – matrices that could be transferred to all kinds of media, on various scales – also exacerbated misunderstandings about his output. Like Warhol, Vasarely had a studio of assistants, but his "factory" did not consist of stars of rock, fashion and the world of hippy drop-outs. Less appealing and exhibitionist, his creative studio was seen as a speculative agency, and his multiples as disposable consumer items, particularly with the emergence of anti-consumerist ideas after May 1968. Though attached to Communism and the anti-capitalist ideals of the Bauhaus, Vasarely was supported by right-wing figures, first and foremost France's president, Georges Pompidou: links that established his work in a bourgeois aesthetic. In addition, the museumisation and commodification of his output mainly involved his paintings, considered the noble part of his work, and his more experimental, fragile but essential pieces were relegated to the background. So, the artist created a kind of short-circuit between a criticism of commodification and a sincere attempt at democratic distribution, which led to his magnum opus: the founding of a flagship institution designed to house his work and protect it from the vagaries of the market. Vasarely's desire to synthesise Utopia and capitalism in an unnatural union thus made him a rare, complex and intensely interesting figure.

A cross-disciplinary approach
Born in Hungary in 1906, Victor Vasarely studied painting at the Budapest Podolini-Volkmann Academy, then at the studio of a Hungarian Bauhaus student, Sándor Bortnyik. Here he met Claire Spinner, who became his wife and closest collaborator. Arriving virtually penniless in Paris in the early Thirties, he began a successful career in advertising, particularly with Havas and the publisher Draeger, acquiring technical expertise and in-depth knowledge of advertising message production and distribution systems. In 1939, he met Denise René and together they opened a gallery that became a Mecca for kinetic art and Op Art after 1945. His art really took off in the 1950s, and he became a leading figure in the new Paris school. But despite the quality of his work at the time, he later described this as a dead-end period. A radical change of direction came in the mid-1950s, when he entered a black and white period focused on optical and kinetic experiments. He then adopted a rigorously geometric approach, with mostly serial and modular compositions and flat colours. He also began working with "enlargements", involving permutations of scale, medium and distribution. Enlargement created interfaces between painting, architecture and urban development, and enabled him to introduce a system of matrices that could be transposed onto different materials (canvas, walls, tapestry, glass, metal, etc.) on different scales, using a sophisticated approach. A team produced his works according to precise instructions. In the late Fifties, his growing success enabled him to start up production chains for paintings, screenprints and sculptures. He was already thinking about a venue based on dialogue, creation and collective production – a kind of new Bauhaus. He sought a collaboration between architects, town planners and artists, and adopted a cross-disciplinary approach in his work, moving from art to buildings and then the city. He described himself as a "plastic artist". Denigrating easel painting and one-of-a-kind works, and condemning the concept of the artist genius, he positioned himself in a technological and industrial sphere. His somewhat non-topical adherence to the ideas of the Bauhaus during the Fifties and Sixties was all the more remarkable because the Second World War had swept away the heritage of the German school. From then on, he wrote memoranda and promoted his ideas in articles and interviews with fierce determination. He saw his modular paintings as constantly evolving mural decorations, visions of architecture and city plans all at once. He was able to experiment with this cross-disciplinary approach in a wide range of venues, including the University of Caracas, the Bundesbank headquarters in Frankfurt (see photo, following page), and the Jussieu faculty and Montparnasse railway station in Paris.

An "architectonic centre"
When he was in his sixties, caught up in the meshes of his system, undoubtedly aware of its weaknesses but now with sufficient financial means, Vasarely began working on his key piece: a building to safeguard his works and heritage. He wanted this venue to be a centre for artistic and industrial creation, but he had to tone down his ambitions. The megalomaniac but coherent idea finally took shape in a remarkable way. In line with the foundations then being created under the ministry of André Malraux, Vasarely initially set up a museum in the Château de Gordes (which he restored at his own expense), then moved it to a building in Aix-en-Provence, which he designed and had produced by Claude Pradel-Lebar. Its one-of-a-kind architecture consisted of sixteen hexagonal cells, revealing how the "pure plasticity" sought by the artist could be brought about. Inaugurated with great pomp in 1976, the Vasarely Foundation was designed as an "architectronic centre" (mingling art and architecture according to a specific principle). But was the term "foundation" appropriate to the project and the nature of the site? Was it not over-suggestive of a temple to the artist's glory? The Vasarely Foundation went through a black period after the death of Claire, the artist's wife and overseer of his entire output, in 1990. Placed under several supervisory bodies in the total absence of any serious control by a State evading its responsibilities, the Foundation was pillaged and soon on the verge of ruin. It was taken over in the early 2000s by Pierre Vasarely, the artist's grandson and official heir. Now, in early 2019, a long period involving the restoration of the building and most of the works is drawing to a close, just as the Centre Pompidou is staging its retrospective: a real rediscovery.