Vanessa Guo Moves to Paris to Open the Marguo Gallery

Braving the health crisis, on 19 October Vanessa Guo and her partner Jean-Mathieu Martini will open a new gallery, Marguo, on rue des Minimes. A promising Chinese artist, Zhang Yunyao, is on the programme. 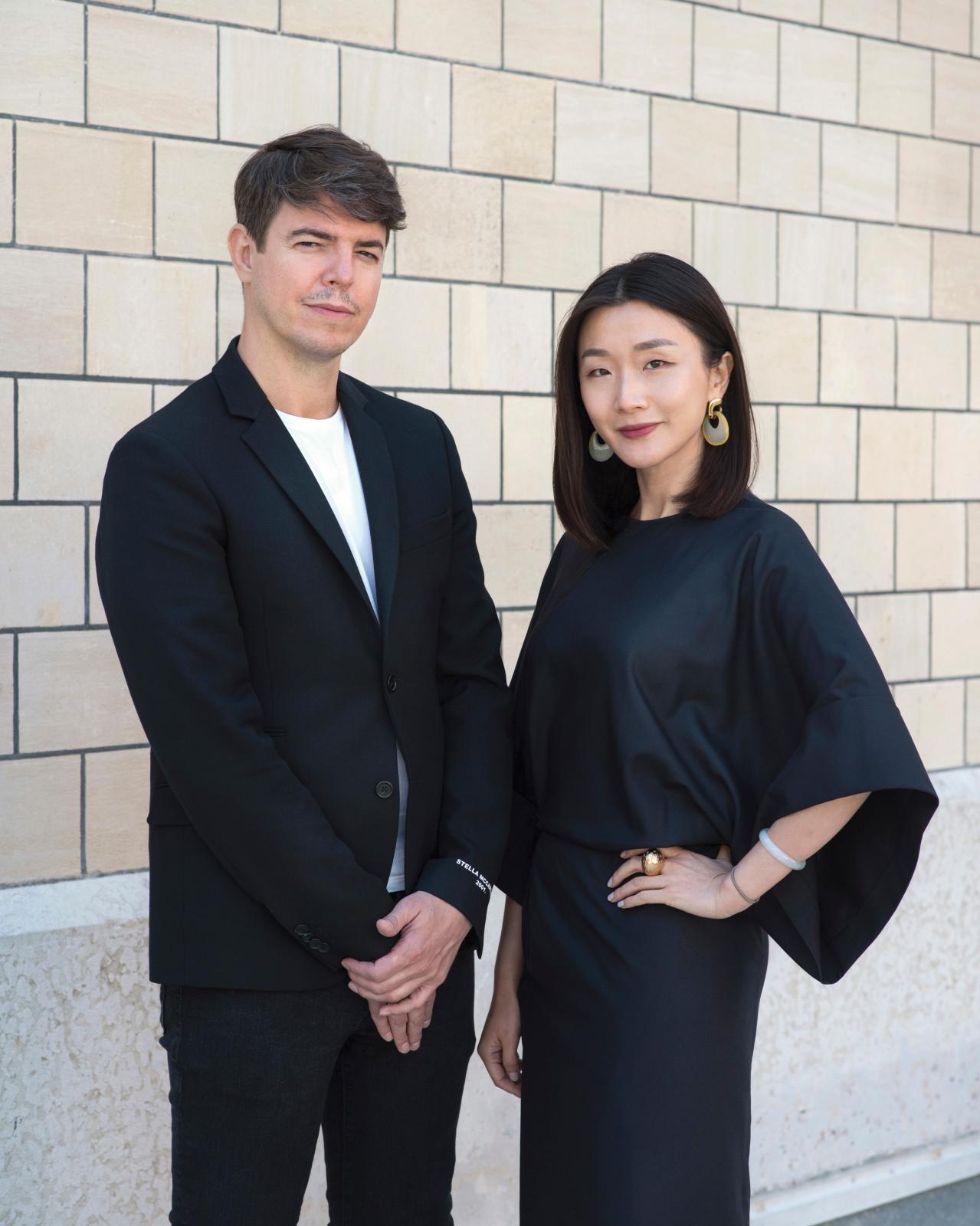 How did this project come about?
My partner Jean-Baptiste Martini spoke with the developers of a new real estate project in the Marais quarter in Paris. Our project for Marguo, a combination of both our names, convinced them and they gave us one of the largest spaces available. That’s why I left Hauser & Wirth, where I used to manage the Asia section, in July. It was a quick decision, although quitting a stable job in the middle of a health crisis wasn’t easy.

You did leave a good job!
I started at Hauser & Wirth New York in 2016. I was already travelling from New York to Asia at least once a month to develop the presence of artists in the region. This led to the opening of Hauser & Wirth in Hong Kong in 2018. We had some really fantastic shows at the gallery, such as those devoted to Marc Bradford and Philip Guston. We participated in the Louise Bourgeois travelling museum exhibition in Beijing and Shanghai the following year. It had a huge impact and the commercial exhibition at the gallery went very well. We practically sold out! In short, I’d become an expert on Asia. Previously, I’d worked at Christie's in Asia for four years to develop the market. I was on the team responsible for setting up sales in 2012 in mainland China, which was a new experience.

What is the background of your partner, Jean-Mathieu Martini?
A photography specialist for over 20 years, he’s the former director of Serge Plantureux’s gallery. He’s based in Paris but we met in Shanghai. He works mainly with institutions and museums such as the Getty in Los Angeles or the Met in New York to house photographers' collections and archives: classic photography is one of his long-standing interests. He wanted to focus more on living artists.

Why did you choose Paris to open a gallery?
Paris has tremendous potential. In 2019, France ranked fourth behind the United States, the United Kingdom and China in terms of transactions and volume. In the last few years, the FIAC has drawn more and more collectors thanks to the quality of the works shown. Some people even prefer it to Frieze now! The combination of a major international trade show, a historic cultural centre, the fact that the world’s leading galleries want to make it the hub of their operations in Europe and the uncertainties around Brexit, especially concerning art taxes and the conditions for "doing business", can all make Paris great again. What's more, I dreamed of living there!

Did the FIAC’s cancellation this year give you pause?
Of course. It's tough right now but things will get better in the long run. Few new galleries starting up in Paris can have the same global vision and outlook that we do. Jean-Mathieu is French, I worked in New York for years, I know China like the back of my hand and I’m based in Europe! To develop this activity, you can be local, as long as you’re also global!

Which collectors are you targeting?
It depends on the part of the world! There are an incredible number of institutions here, including the Louis Vuitton foundation, the Centre Pompidou and, soon, the Pinault Collection and the Cartier Foundation, which will open near the Louvre. A new generation of collectors is emerging alongside these major players. We’re reaching out to them. All of Europe wants to come here. So do Americans, Asians, etc. As a gallerist, I’m looking not at the next six months but the next three years, the time it takes to get set up. It’s a challenge!

Will Asian artists be at the heart of the programme?
We don't just want to show Asian art, but to have a global programme. I plan to work with emerging artists in Asia, America and Europe. Of course, French and, because of my cultural roots, Chinese artists will have a leading place. After the opening exhibition, I’m thinking of focusing on women artists from China, Europe and the United States.

You’re opening the gallery with the Chinese artist Zhang Yunyao.
It was important for us to open during the FIAC. Since it was cancelled, Asia Now became the event of the week. Zhang Yunyao will have the right to a special project curated by Hervé Mikaeloff. Some of the works we show are extremely meticulous, sometimes taking a month to complete. Some were made in the artist's studio in Shanghai before the lockdown, and others in Paris, where he was stuck with the health crisis. Some were inspired by a visit to the Louvre, where he saw the sculptures early in the morning. He mixes a very contemporary technique executed on felt with graphite or dry pastel and classical references to antiquity. Prices start at €5,000/6,000. Zhang Yunyao is already featured in several important collections and was exhibited in Shanghai last year at the Qiao Space, which was very successful and coincided with the Shanghai Fair.

What is the current situation in Asia?
It’s better than anywhere else, especially in China. The country is getting back to normal and people are making up for lost time by consuming. I talk to my contacts every day and there’s lots of excitement. They’re buying art online, by e-mail, on Instagram, etc. International art. Exhibitions in galleries and institutions are starting up again in mainland China. This is very positive.

Isn’t it risky to gamble on emerging artists right now?
Young artists whose prices are still relatively low are selling better than before, although the volume isn’t as high as it used to be before the crisis. For buyers, prices are reasonably affordable (...) The situation is harder for those in mid-career, not yet at the top, whose price is around $100,000—a large sum that gives many collectors pause at the moment.