After opening an exhibition space in London and an office in Paris for Pace, Valentina Volchkova is taking over a space in Geneva to support the group’s artists in continental Europe. 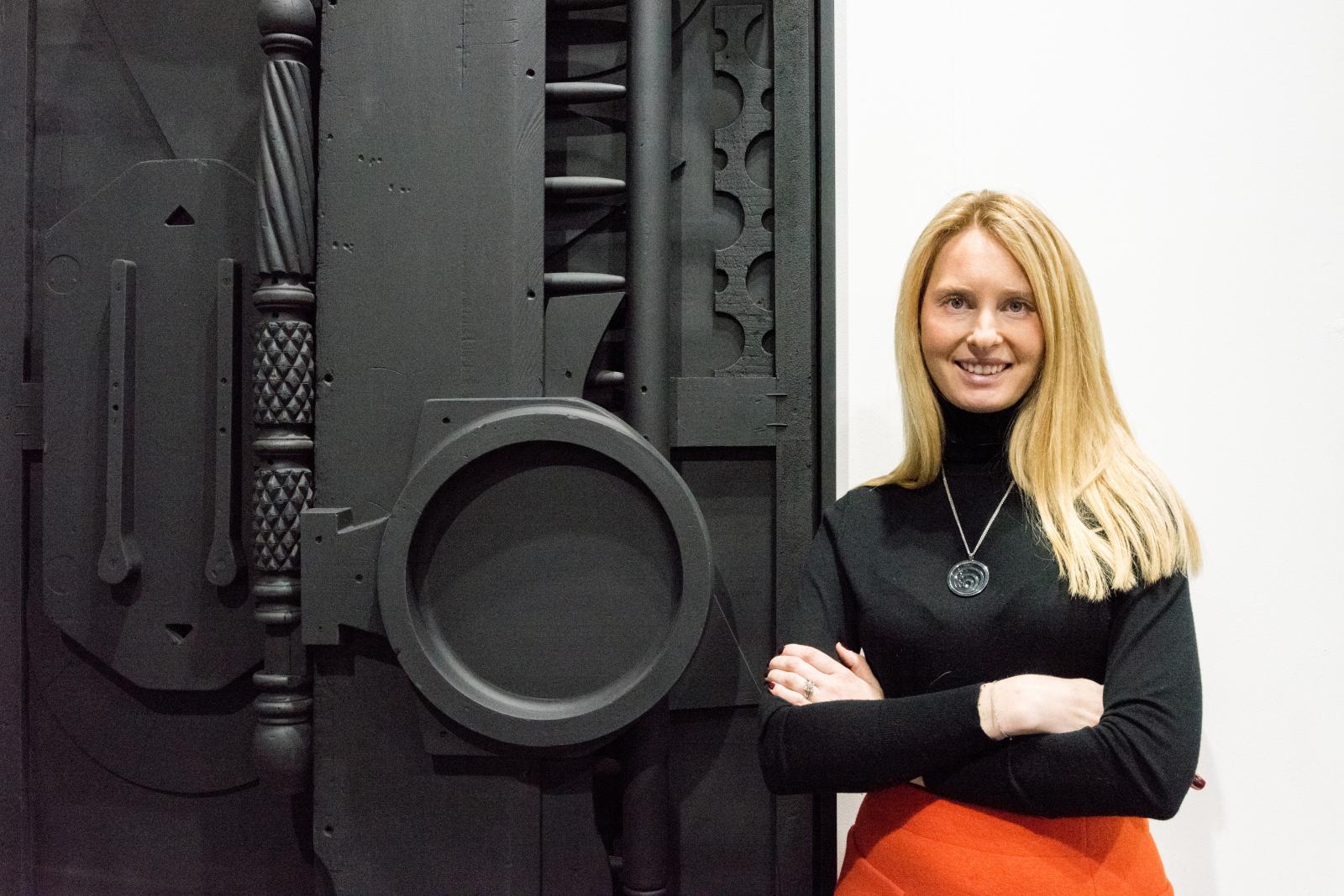 Nobody embodies the “citizen of the world” concept better than Valentina Volchkova. Born in Russia, she moved to France at the age of eight before leaving for the United States to study. Back in France, she opened a gallery, and Pace then asked her to get the brand started in Europe. She set up the London gallery in 2010, returning to Paris five years later to open an office there. With her husband and children, she is now moving to Geneva to open the first Pace gallery in Switzerland. She talked to us about the international gallery group’s strategy and organisation.

How long have you planned to open a gallery in Geneva?
Not long, actually. We’ve been thinking about it for a year. Everything just naturally fell into place. We found the right space and local contacts straight away. We already had collectors there. So we had everything we needed to get started. Technically, it’s going to be a pop-up for a year and a half. Then we will take stock and decide what to do next.

Do you have specific plans for the space?
We’re starting out with a dialogue between works by Sol LeWitt, Adam Pendleton and Louise Nevelson. Then, we’ll probably take turns between showing works by well-established artists, staging curatorial expositions in collaboration with guest artists and introducing emerging artists. We’ll see how it all works out before deciding whether to keep the gallery. But the main idea of the space is to bring us closer to Swiss, German and Italian institutions.

Why Geneva?
Today artists want an international presence. If big galleries are opening more and more spaces, it’s less to compete with each other commercially than to better hold on to their artists. The market being what it is, major artists are in high demand, so it’s crucial to do everything we can to nurture their loyalty. With our Paris office, which has closed since, it was harder for us to cross French borders. The new space allows us to reach a large part of continental Europe, especially its institutions, of which there are many in Switzerland, Germany and Italy. What’s more, they’re very important.

Why not German-speaking Switzerland?
Simply because I wanted to keep my team, which is French-speaking. Building up a good staff takes a lot of time and energy. It’s always a delicate balance. The one surrounding me now is perfect! If you’re starting out in a new country, you’d better have good people to rely on!

How are strategic decisions taken at Pace?
That’s one of the things that attracted me most when I joined Pace. It’s a family with around 200 employees all over the world. The owners – our founder Arne Glimcher and his son – give the local directors a free hand to set up their own projects, which are then collegially approved. That freedom is really the best gift anybody can give to their employees. What’s more, with his 60 years of experience and unfailing memory, Arne knows absolutely everything there is to know about the contemporary art of the past 50 years. Being highly accessible, he offers that to all his employees: directors, archivists and technicians. All of them benefit from it in an unlimited way.

" If big galleries are opening more and more spaces, it’s less to compete with each other commercially than to better hold on to their artists.  "

Between your contemporary art, photography and tribal art galleries, is there a desire to make Pace a brand?
Historically, not at all. Pace/MacGill (photography) and Pace Primitive (tribal art) simply came about as a result of Arne’s passion for photography and the primitive arts, and his desire to support art dealers who are friends of his. If you visit him, you’ll find rare pieces of African and Oceanic art, historical photographs and conceptual art. Pace/MacGill and Pace Primitive are really separate from the group, although we’re gradually starting to do more projects together. Again, the idea of a contact point is what matters most; if we need a photography expert or want to start a project with a tribal component, we know where to turn.

So what characterises Pace’s identity then?
For me, it’s innovation. Pace has always been cutting-edge. Cutting-edge and bold. We raised women artists’ visibility long before anybody was thinking about that. We promoted minimal art when all anybody cared about was abstract expressionism. We started working in continental China when all eyes were on Hong Kong. In the area of technology, we launched a platform of catalogues raisonnés when everybody was concentrating on online sales. And today, we’re thinking about contemporary art’s role in cities with Future\Pace. For me, Pace is much more than an aesthetic or a specific artistic line. It stands for boldness and a desire to always break boundaries.

to know
The Geneva space is Pace’s ninth contemporary art gallery currently in operation (not including Pace/McGill, Pace Prints, Pace Primitive and Future\Pace).
It follows the opening of branches in Palo Alto, California in 2016 and Seoul in 2017.