US vs China: who’s afraid of the trade war?

Trade war tariffs are just collateral damage for an art world that has greatly profited from China’s inclusion in the art trade. 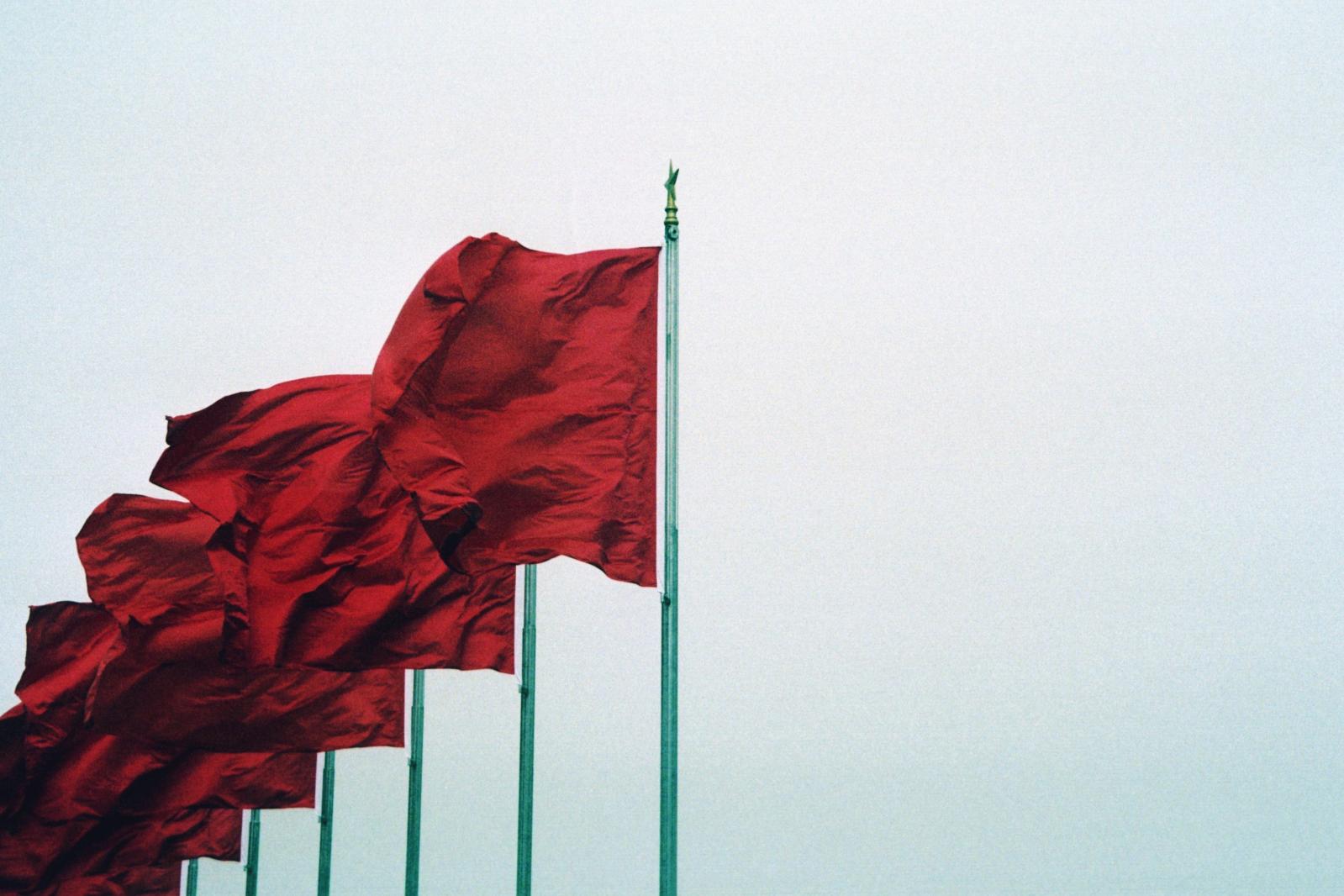 Donald Trump has never been conciliatory when it comes to US and China relations. Ever since he was a presidential candidate, his rhetoric on the matter has been confrontational. His fears are not unsubstantiated. China rose from a distant fifth position in the world’s GDP ranking in 2005 to a comfortable no. 2 in 2018, almost three times as big as the country in third place, averaging more than 9% yearly growth. America’s reign as the sole global power since the USSR’s dissolution in 1991 was officially over. Shortly after taking the helm as US president, Mr. Trump backed up his words with actual sanctions, from naming China a “currency manipulator” to imposing tariffs on imports from the Chinese, who fought back with tariffs of their own. Including on artworks. The art market is yet another interest group affected by this dispute. How did we get to this point?

Basic economics; advanced politics
Basic economics states that a country should not depend on imports more than exports. According to the theory, each country should focus on what it produces best and trade those products. Trade deficits are bad for GDP growth, but how to fight them is a more complex question. Imposing any kind of impediment to free trade generates a “dead weight”, damaging both the countries involved. The US has had a trade deficit with China for many decades now, but the gap has been widening since 2010. American exports to China have risen during the period, but its imports have increased at a much faster pace, essentially fuelled by the trade of goods, not investments or services. Low salaries, long working hours and almost no labour rights make it almost impossible for US companies to match Chinese labour costs. But imposing tariffs doesn’t solve the problem. While it hurts China’s exports and saves a couple of hundred American jobs, the dead weight in the economy will make other jobs disappear, in both countries. The decision to impose tariffs on Chinese imports, including antiques and artworks, is a lose-lose scenario. The question is not economic, but political: who has more to lose?
While navigating Mr Trump’s mind might be a fruitless task, other critical factors influenced his imposition of tariffs, like the discovery of spyware in many Chinese electronics in America, Huawei winning the 5G internet speed race, and the need to create a common political enemy: an ancient and cunning political manoeuvre, especially before the presidential elections. China, on the other hand, has seen its spectacular growth drop since 2010, from 10.6% a year to 6.6% in 2018. The expansion was largely financed by debt, leveraging the Chinese economy to dangerous levels. Time is thus on Mr Trump’s side, since China is looking for a way to deleverage its economy and keep generating growth, so is much more vulnerable in an escalating trade war. The art market isn’t affected by the economic or political dispute so much as its by-product: dead weight.

China: a relatively new ally in the art market
In 2008 China represented only 9% of the global US$62 billion art market: a small share for a third of the world’s population. At the time, no major US museum had held a retrospective of a Chinese artist, and Zao Wou-ki’s Juin-Octobre 1985, which today holds the record for the most expensive Chinese painting ever sold at auction at US$65.2 million, was at this point worth just US$2.3 million. In just three years, by 2011, the Asian country represented 30% of a US$64 billion art market, with the US coming second at 29%: an impressive US$13.6 billion increase in market share. China wasn’t able to hold the no. 1 spot for very long, but since then it has established itself as home of roughly 20% of the art market.
Several American and European galleries had set up in China by 2011, and witnessed the art trade flourish hand in hand with the economy. The spectacular economic growth generated hundreds of Asian billionaires, from 79 in 2010 to 476 in 2018, only second to the US (585) – and there’s nothing the art market loves more than a billionaire. Eccentric characters infiltrated the art world, like the infamous Liu Yiqian, who sipped tea out of the Qianlong Emperor’s antique cup, newly-acquired for US$36 million: the world record for any Chinese antique at the time. This illustrates another characteristic of the Chinese art market, which will play a key role in the effects of the trade war: art market transactions in mainland China are essentially for antiques, not modern or contemporary art. Zao Wou-Ki’s record-breaking painting was traded in a Hong Kong-located sale, like most prime modern/contemporary Chinese artworks.
The Chinese art market is inextricably linked with Hong Kong. The semi-autonomous province has a capitalist system inherited from British occupation, and very liberal trade laws, with no import or export taxes. Any trade war escalation between the US and China would not harm the province, where Chinese billionaires flock to buy and sell artworks without having to pay taxes. While political unrest is an open question for Hong Kong’s stability as a semi-autonomous region, it does not look as if there will be any change in its liberal trade practices in the coming years.

The US-China art trade
According to the United States International Trading Committee, in 2017 US$107.2 millions' worth of Chinese antiques and US$114.5 millions' worth of Chinese artworks were imported: merely 0.3% of the global art market. In today’s trade war, those imports would be subject to a 15% import tariff, which would have little effect on the health of the overall art trade. When asked about the potential effect of the tariffs, Christie’s EMERI & Asia chairman François Curiel painted a much broader picture of today’s art market: “The volume of art trade between the US and China is an elusive statistic, as art transactions no longer involve the movement of goods and money between two fixed locations. Sellers can choose to sell in any country; likewise, buyers can buy anywhere, with the Internet adding a third dimension. Chinese collectors with a strong taste for Western artworks, especially Impressionist, post-war and contemporary pieces, often choose to buy them in salerooms or galleries outside China. At the same time, Chinese contemporary art, particularly by emerging artists, continues to be collected by both European and American connoisseurs via various sales channels, either in China or around the world.”
This means that, Chinese collectors can buy or sell artworks in London or Hong Kong instead of New York. The total US$221 million trade figure might drop – not because Americans have stopped buying Chinese artworks (or vice versa), but because sales will now be registered as imports from another country. Which country? Any with lower taxes, of course.

Cultural exchange at risk
More serious than withdrawing a couple of consignments from the New York Fall Sale, the bigger risk is the long-term damage to cultural exchanges between the two countries. It is true that in 2008 few American collectors could name five Chinese modern/contemporary artists, but the picture has surely changed since then. Xu Bing had a major show at LACMA in 2014 and more famously, Guggenheim New York staged the “Art and China after 1989: Theater of the World” group show in 2017.
Early in November this year, during the Caixin Summit in Beijing, diplomats were worried about American businessmen's increasing suspicions about trading with China. This attitude could spill over to cultural exchanges. Cindy Lim, a partner with Tang Contemporary Art, believes that cultural exchanges should be independent from political relations between countries, but it's a very fine line. Even if it did take a toll, Miss Lim thinks that it could take some years to become evident: “Usually, large-scale retrospectives are planned and produced at least three or four years before an exhibition opens. It will probably take a little time before we know whether cultural exchanges between the US and China are affected.”
Cultural exchanges could be somewhat damaged by the trade war, but overall, the art world and the art market have seen China grow in terms of both importance and transactions in the last ten years. With over US$10 billion in trade every year, major art market players have handsomely profited from China, directly or indirectly. So, yes: the art market will suffer a little from the trade war, but its impact will be partially cushioned by re-routing sales, and the overall balance is still very positive for everyone involved.

From a Festive Crinoline to a Graphic Swimsuit