Two Tables by Jean Prouvé for the Antony University Campus, the Essence of Design

Providing spectacular testimony to the original furnishings for the Antony University residence, near Paris, these "trapezium" tables with their sheet steel legs are emblematic of his work. 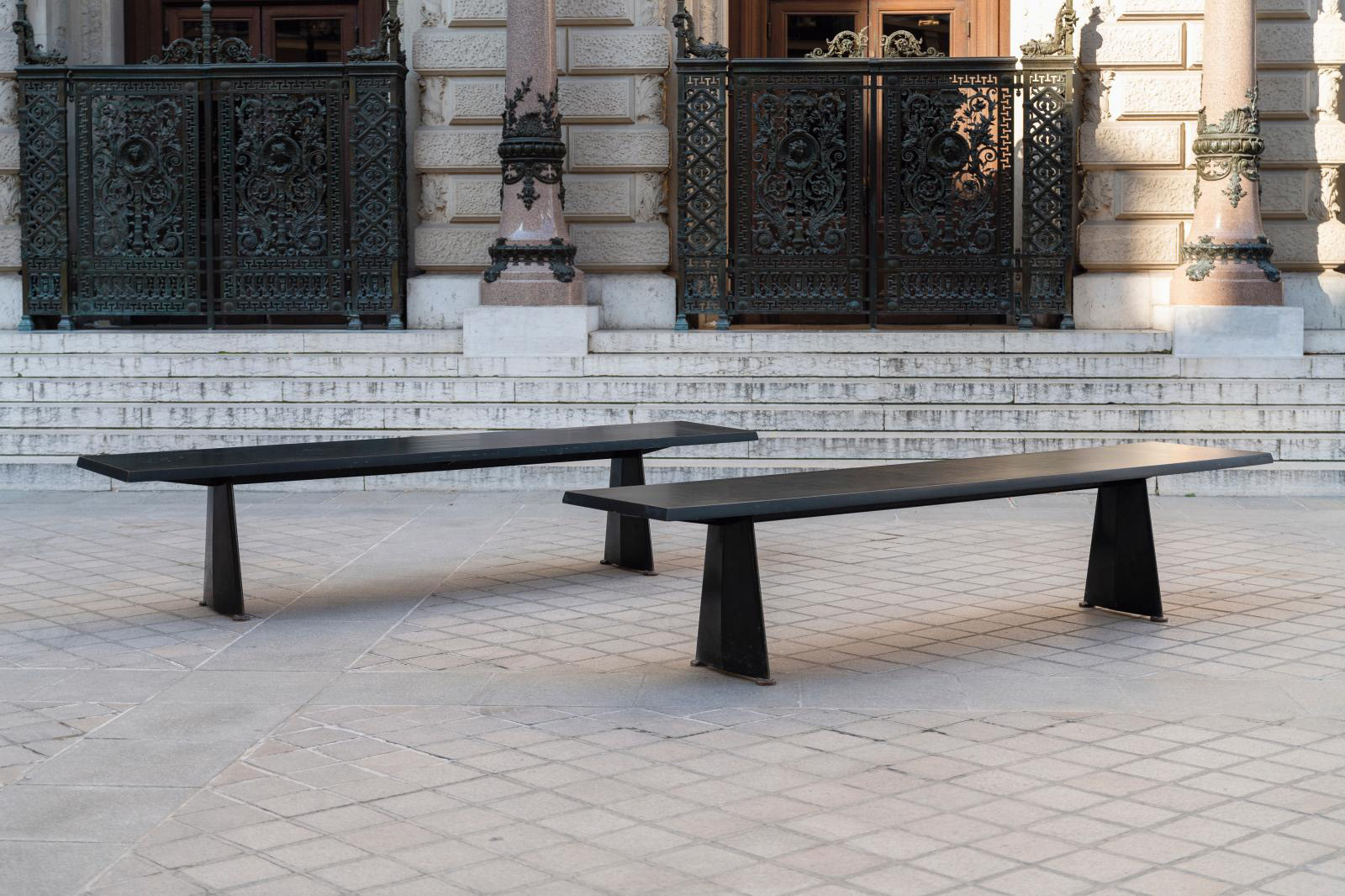 These two large rectangular tables by Jean Prouvé will be sold on behalf of the CROUS (Regional Center for University and School Work) of the Académie de Versailles, to whose collection they belong. They were made in 1956 for the refectory of the Jean Zay university residence in Antony, and were removed when this building was refurbished between 1964 and 1966. This short period of use explains their excellent condition. While further small-format "trapezium" tables were produced at the same time, only eight of these long models seem to have been made, according to contemporary photographs found in the archives. Two of them are now in the Centre Pompidou and the Musée des Arts Décoratifs in Paris; another is on loan to the Musée des Beaux-Arts in Nancy. Two have also been sold at auction.

These tables are not only rarities, but also reveal Prouvé's architectural commitment, his conception of design and his innovative know-how. By this time he had been working with metal for nearly 30 years. His use of welded and lacquered sheet metal for the legs gives the furniture great stability, with two feet sufficing to support a top over three meters (nearly 10 ft) long (certainly hollow), while the compact size of the trapezoidal shape also ensures ergonomic use. Although imposing and robust enough to have remained intact up till now, these tables are extremely light. Their uncluttered design derives from a desire to use the material as economically as possible. As shown in Prouvé's drawings for the classes he taught at the CNAM (National Conservatory of Arts and Crafts), the model dates to 1952. Between the stylistic exercise supporting his demonstration and actual production, he made a bold move in designing further versions (straight or curved, with two or three legs, small or large), which also equipped the headquarters of the Paris Social Security and the Atomic Energy Commission. The ambitious program for the Jean Zay residence, designed to accommodate students sorely lacking infrastructures after the war, and devised by its architect Eugène Beaudouin as an innovative project resolutely focused on modernity, served as a model for other French university complexes. By winning the competitions for its furnishings, Jean Prouvé made his own particular contribution.