The result of an impeccable Czech, German and French co-production, the exhibition is dedicated to a major Surrealist artist, underestimated and forgotten since Surrealism was "put under house arrest" in the late 1960s. 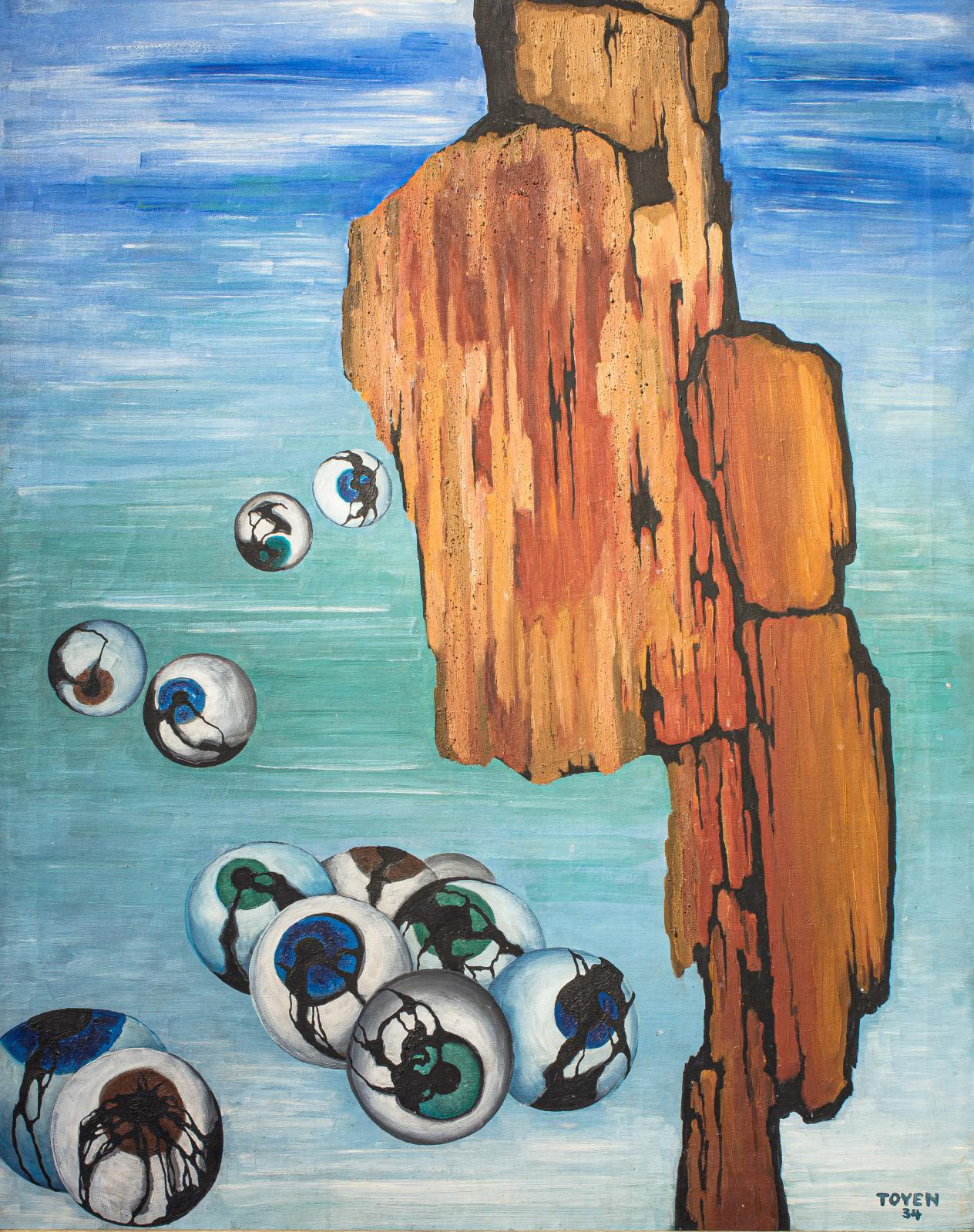 The dreamy, introverted but rebellious Toyen (1902-1980) was gifted with exceptional energy. She painted, drew and published books with her companions and friends, always driven by an intense determination and a rare poetic intuition. A Francophile Czech artist who took refuge in France after her country's annexation by the Soviet bloc, Toyen (born Marie Cermínová) was part of the Czech avant-garde in the 1920s along with Teige and Nezval. She moved towards Surrealism in the mid-1930s, becoming close to Breton, Tanguy, Perret and many others. Her early works, inspired by the music hall and the circus, were cheerful and full of light, expressing an unbridled, joyous eroticism. She was always drawn to the stage, acting and the trickery of theatrical illusion. The exhibition then moves on to the latter half of the 1920s, when she experimented with Abstraction before becoming a decided follower of the Surrealist movement. With Europe's descent into hell and the ravages of war, she explored a darker world marked by solitude and devastation, where a form of visionary innocence was nonetheless discernible. The chronological tour continues into the 1970s when she produced mysterious, refined works in which virgin oceans, stunned gazes and bodies endowed with a mute animality tell of a world in which anything seems possible. This finely judged, well-documented hang makes a considerable impression.