The Almine Rech Gallery in Paris delights with an exhibition of work by Tom Wesselmann, one of the leading Pop artists of the 1960s. Presenting work ranging from the late 1950s to the 2000s, the exhibition highlights the American artist’s life-long fascination with Henri Matisse. 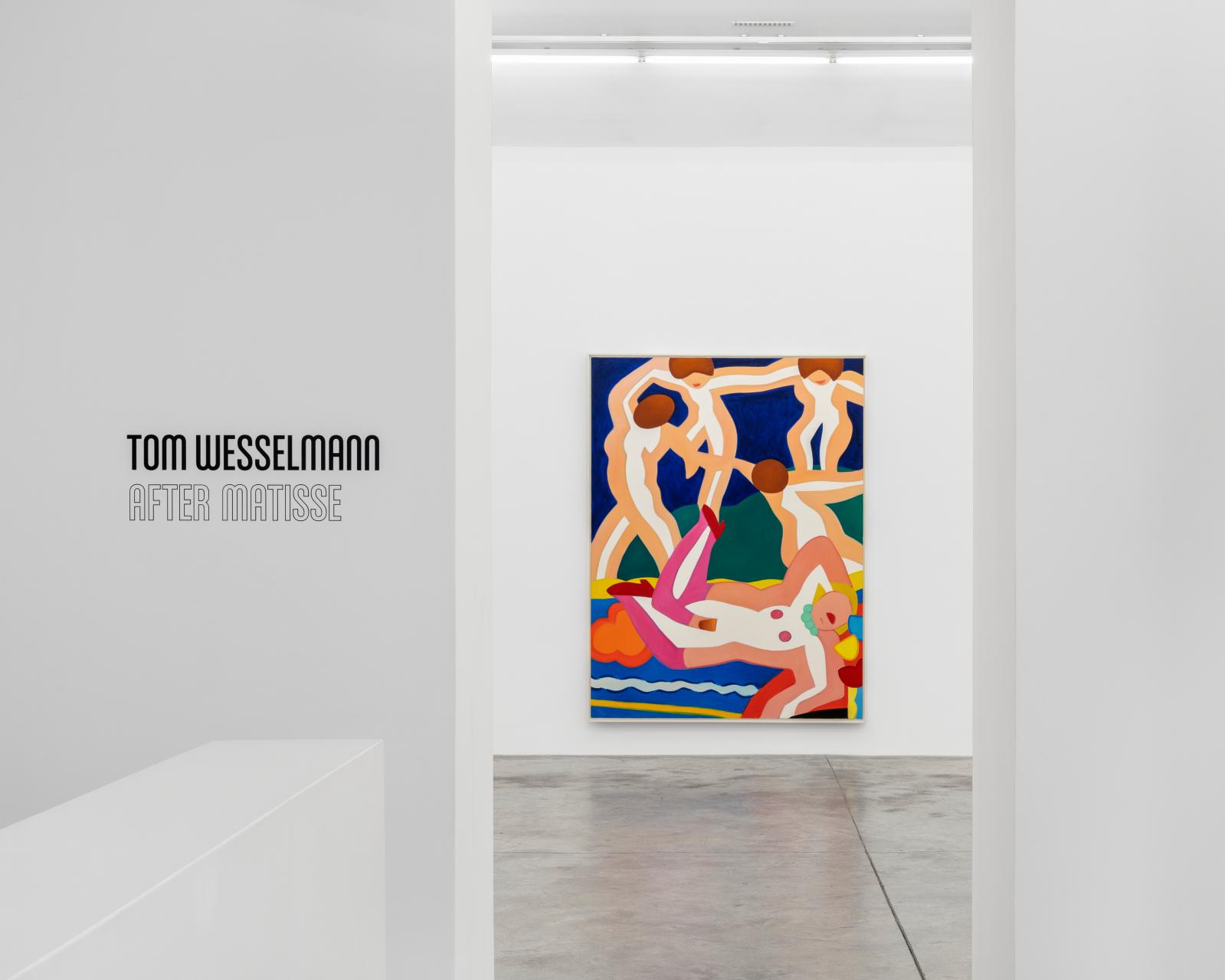 Bold colors, sinuous lines, paintings that lift away from the wall to meet and draw the viewer in—Tom Wesselmann’s (1931-2004) art allures viewers with its conceptual complexity and visual audaciousness. The current exhibition of the artist’s work at Almine Rech Gallery serves as a condensed overview of Wesselmann’s long and productive artistic career. Spanning three rooms, the exhibition features objects in a variety of media and at different scales: from the early collages and Liquitex maquettes to metal cut-outs from the late 1980s and 1990s and monumental paintings from 2000s. For those new to Wesselmann’s work, the exhibition offers an opportunity to discover the artist’s methodical exploration of the medium of painting that went hand in hand with formal and technical innovation, resulting in a distinctive and striking pictorial style. At the same time, Wesselmann’s connoisseurs will discover (or re-discover) the depth of the artist’s fascination with Matisse. From the 1959 collage After Matisse, based on the French master’s painting The Artist and His Model, to Wesselmann’s last series, the Sunset Nudes, Matisse is omnipresent: in the color palette; the distinct curve of the line; in an occasional motif reference or a “painting within painting” cameo; or, in the case of the Sunset Nude with Matisse Self-Portrait, as a ghostly presence that haunts both the painting and the viewer. Far from merely derivative, Wesselmann’s Matisse citations are both thoughtful and thought-provoking: they raise questions of artistic lineage, of the essence of painting as a medium and of the nature of representation itself.

Wesselmann also takes on some of Matisse’s preferred subjects, most notably, the nude. Artist and critic Richard Kalina has noted that “For Wesselmann the nude was a sturdy signifier, a subject that held its meaning whether he presented it as a whole or, as he was wont to do, as a fragment.” Indeed, in “Tom Wesselmann: After Matisse,” the numerous nudes—whether they are seated, reclining, or dancing—are rendered in various degrees of detail and completion. Here lies some of the complexity of Wesselmann’s work—as a viewer, what is our position in relation to these fragmented and abbreviated female bodies? The faceless nudes become a site of projection. On the one hand, our gaze reproduces and partakes in the objectification and commodification of the female body, typical of commercial advertisement and popular culture. Yet, because these nudes lack eyes, they pose a question: can they watch us in return?