Through the Eyes of Chilean Artist Laura Rodig Pizarro

Little-known in Europe, politically committed artist Laura Rodig Pizarro (1901-1972) focuses on the harsh life of women in her native country in this work. 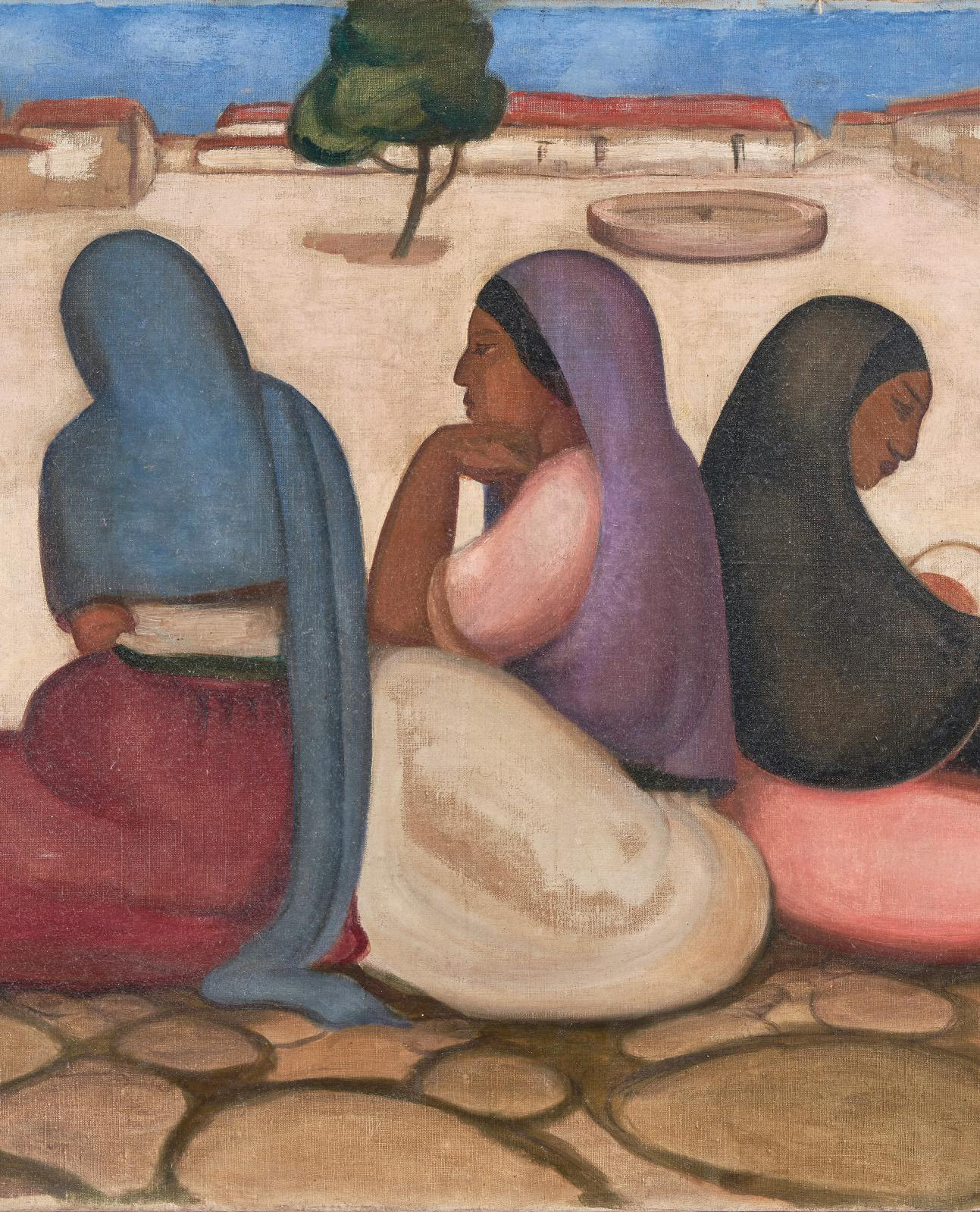 Three women sit in the foreground of this composition, each facing in a different direction to differentiate them, while their globality is emphasized. They seem pensive, as if resigned to this arid landscape. A waterless fountain in the background echoes the harshness of their existence, and the toil and deprivation they have to face.

The female figure was the favorite subject of Laura Rodig Pizarro, a politically committed avant-garde artist almost unknown in the European market but remembered as a woman of passionate conviction in her own country. She also had considerable character, as she was expelled from the Santiago School of Fine Arts for making caricatures of her teacher, Virginio Arias (1855-1941). But her friends and other teachers, recognizing her promising talent, obtained her reinstatement. Her meeting with poet Gabriela Mistral in 1914 changed her life and led her to travel the roads of Chile and Mexico from 1922 onwards. They spent two years there, during which they worked alongside writer and politician José Vasconcelos in his fight for universal education and the protection of indigenous minorities.

From then on, women played an important role in Laura Rodig Pizarro's work, through the creation of her "Tipos Mexicanos" series, inspired by Mexican muralism—a movement led by Diego Riviera—with basic, colorful forms evoking folk art. In 1924, she traveled to Europe, where she came into contact with the avant-garde movements of Spain, Italy and France. In Paris, she entered the André-Lhote academy and discovered Cubism, whose geometric forms left a lasting impression on her painting. Her work as a sculptor and painter is profoundly impressive. She was the first South American artist to enter the collections of the Museum of Modern Art in Madrid (now the Reina Sofia Museum), and she took part in the first exhibition of Latin American artists at the Zak Gallery in Paris. At the 1928 Salon d’Automne, she presented her huge composition The Fountain and its Women (now in the Palacio Quinta Vergara Fine Arts Museum in Chile), which is stylistically and thematically similar to the painting here, also produced in Paris in 1926. Her style had now reached maturity and the time had come to return home.

This active member of the Communist Party, who opposed Franco's Spain, continued her efforts in Chile in 1930. While fighting for the cause of the Mapuche people and working for International Red Aid, she became a teacher, as she was keen to introduce children of all origins to art. She was also a leading feminist figure in her country, participating in the exhibitions of the Women's Artistic Society and becoming involved in the Movement for the Emancipation of Chilean Women, fighting for abortion rights in particular. Her work and her fight are still highly relevant today, in Chile and elsewhere.

Portraits by Louis-Léopold Boilly: a Master of...