The Studio of Frans II Francken and the Wedding at Cana

Belonging to a long line of Flemish artists, Frans II Francken (1581-1642) asked his family and collaborators to pose for his paintings. 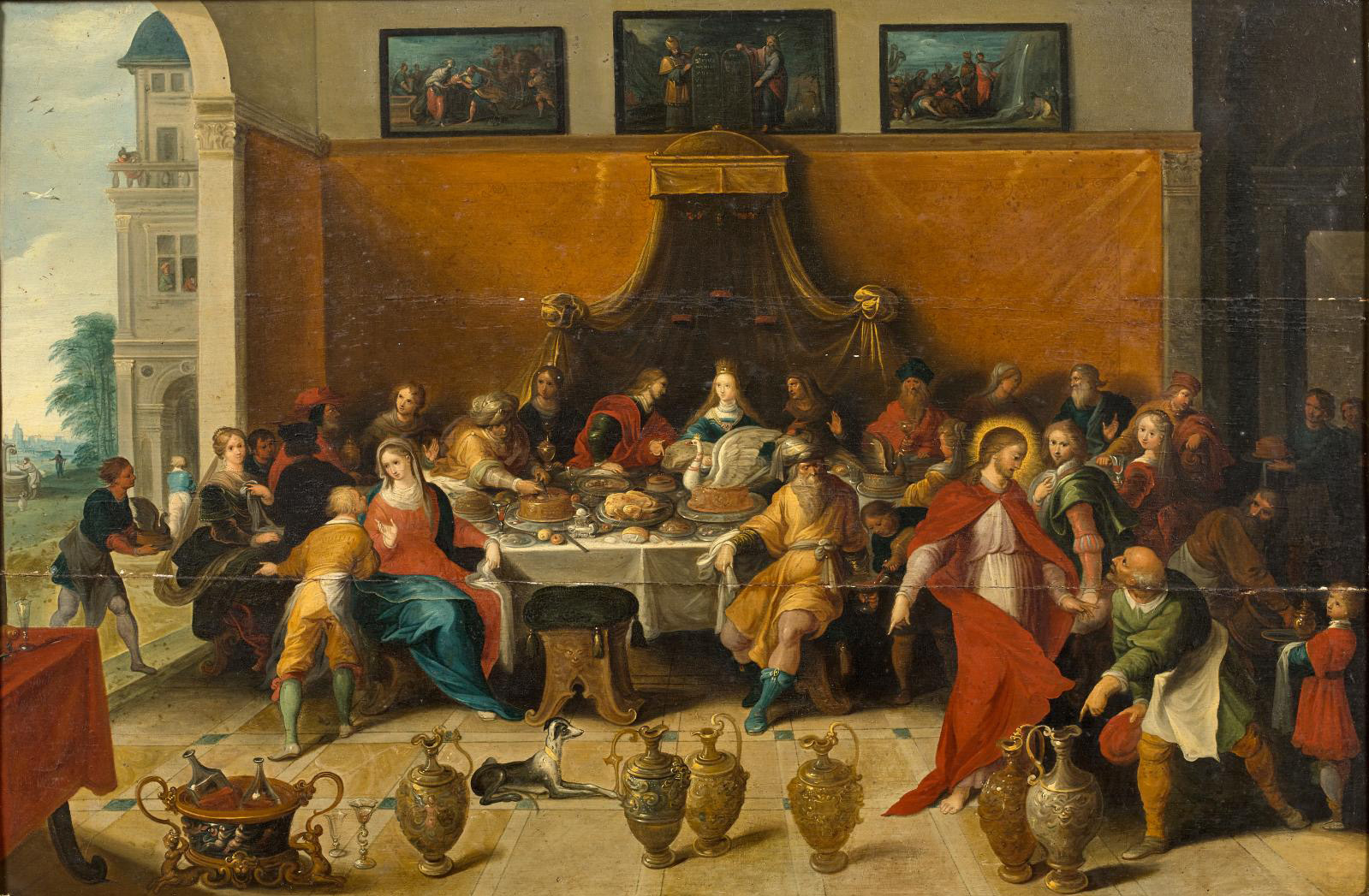 The subject was taken from the New Testament. Jesus, his mother Mary and his disciples were invited to stop in at a wedding at Cana, a city in Galilee. When the wine ran out, Jesus had jars filled with water and turned it into wine. This was His first “sign”, in what Saint John referred to as the Miracles of Jesus. Painters in early 17th-century Counter-Reformation Flanders were asked to help bolster the Catholic faith by painting beautiful illustrations of Biblical stories. This is the context in which the prolific Antwerp-based artist Frans II Francken worked. He not only invented atypical subjects that had a promising future, like monkeys imitating human behavior and cabinets of curiosities, but also painted complex works, such as the witchcraft scenes for which his forebears were known and subtle religious paintings.

Francken depicted Biblical scenes in contemporary settings—here, a lavish palace, 17th-century clothing and a food-laden table that looks straight out of one of his colleagues’ still lifes—to make them accessible to as many people as possible. A clever master, he belonged to a line of artists that put their stamp on Flemish painting for two centuries. A show at the museum in Kassel, Germany features the dynasty’s work until January 2. In the catalog preface, head curator Sandrine Vézilier-Dussart debunks the 19th-century Romantic idea of the “genius toiling alone in his studio, creating an utter masterpiece with a spur-of-the-moment stroke.” Sixteenth and seventeenth-century Flemish artists were chiefly artisans who did not hold their positions in high regard but were eager to learn, were open to the world and did not shy away from collaborating: "apprentices, journeymen and collaborators subject to different statutes mingled in the studio" and painted the same works. Francken never would have been able to produce so much without support from a strong team that took up and disseminated his ideas, sometimes adding their own little touch. The works that emerged from his studio should be considered in this light.

A Merry Menagerie from Rubens to John Lewis-Brown