This cosmopolitan artist traveled the world in search of art, as the 300 objects in his collection attest. The foundation illustrates all the painter’s artistic phases—and detours. 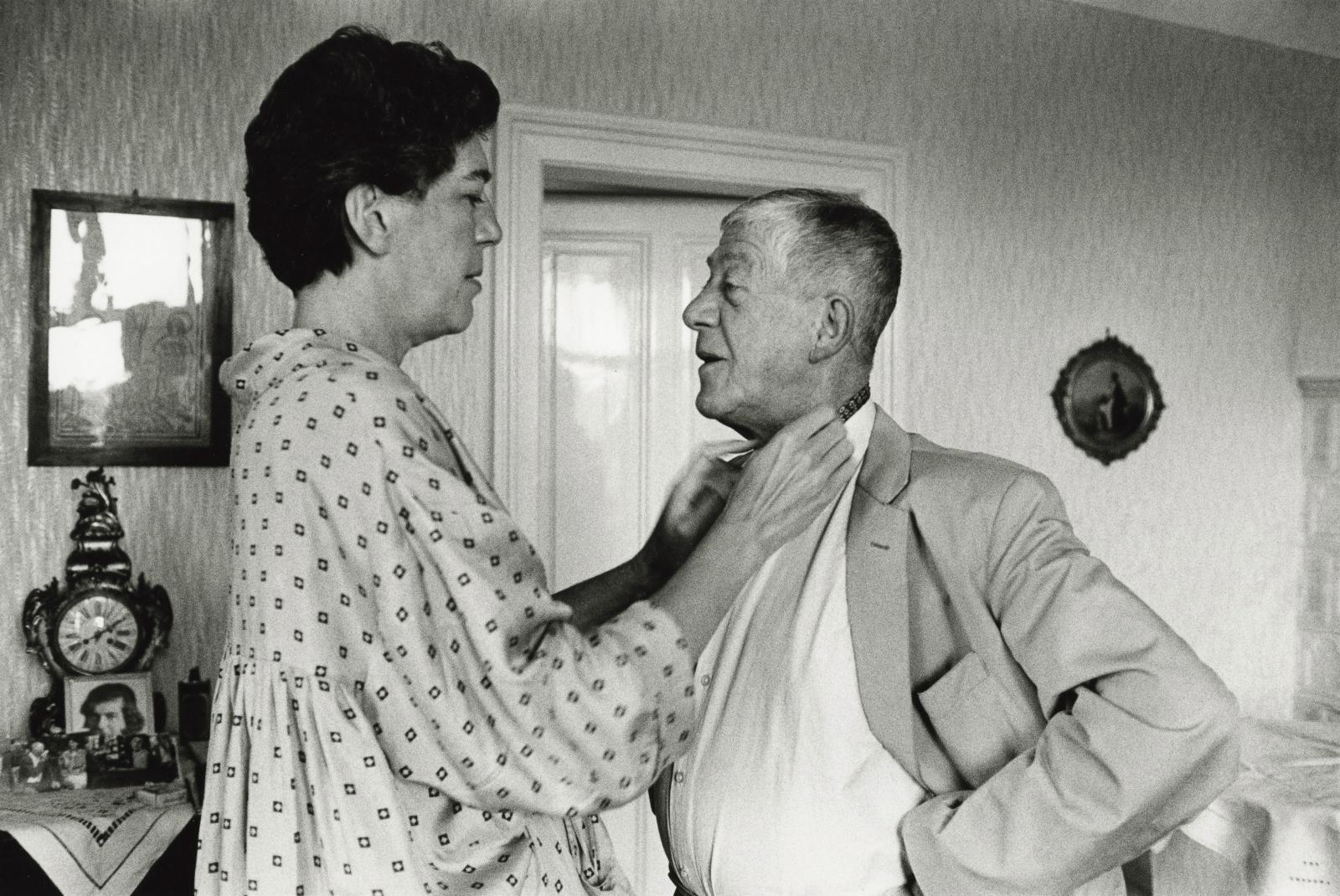 Expressionist artist Oscar Kokoschka (1886-1980) is known for his jagged drawings of posters published in the review Der Sturm, which marked the history of the avant-garde during the 1910s, and for his passionate affair with painter and musician Alma Mahler (1879-1964), with whom he was so in love that he commissioned Hermine Moos, the Munich theater’s costume director, to make a doll in her likeness after they separated in 1915. Today the Kokoschka Foundation in Vevey, Switzerland, highlights Kokoschka the collector. An exhibition at the Museum Liner in Appenzell, Switzerland gave us the first glimpse in 2011. Since then, the foundation has explored the monumental archives, which include 20,000 documents, and the works themselves. Its 300-object collection attests to Kokoschka’s wide-ranging, even universal tastes ranging from Antiquity to coins, Asia, Oceania, South America, folk art, minerals, seashells, dried plants, fossils and over 2,000 postcards from most of the museums he visited. The artistic, historical and even financial interests are so different that establishing any sense of coherence is impossible. A fifth-century BCE skyphos wine cup by Polygnotos, which art historian Reinhard Lullies hoped to borrow for a 1964 show of Greek antiquities from private collections at the Hessisches Landesmuseum in Kassel, a holy water bottle from Lourdes with a depiction of the Virgin and a terra cotta Mayan coyote head adorning the back of a Sicilian cart and featuring an episode from Ariosto’s Orlando Furioso were all lumped together willy-nilly in a studio.
Kokoschka’s contemporaries Rodin and Freud obsessively collected antiques. The sculptor amassed 6,000 pieces, the founder of psychoanalysis over 2,000. Unlike them, Kokoschka's purchases seem to have been more random. Friends also gave him many gifts after returning from trips. But happenstance did not enter into it. He asked for advice from his archeologist friends Roland Hampe and Erika Simon, deepened each subject in a serious manner, as evidenced by his 4,000-book library, and added plaster casts of rare coins from the Munich State Numismatic Collection to his numismatic collection.

An Art Vagabond
In spring 1920, he targeted what had to be the collection’s basis. “Yesterday,” he wrote in a letter to his parents, “Dr. Wallerstein brought me a piece of ancient Greece back from Naples, a woman’s hand in Paros marble, all the fingers a honey-pink color. Dated 500 BCE, it is perhaps by Praxiteles himself because this little bit of marble is so full of charm, so solemn and of such accomplished beauty that one shudders before such vital energy, so strong, beyond time, history and fragility that I have not seen anything more beautiful since Vermeer. For 10 years I have been obsessed with the idea of one day owning a Greek marble piece of this kind; there is nothing as charming in any of the museums I have visited.” This demonstrates how old his intimate relationship to the object was. After graduating from the Vienna School of Applied Arts, he taught at the Dresden Academy of Fine Arts from 1919 to 1923, leaving to travel across Europe, the Near East and North Africa. He went to Prague, where he met his future wife, Olda Palkovská, in 1934, and had to go into exile in England after the Nazis’ 1937 "Degenerate Art" exhibition in Munich, which included eight of his works. He called himself a "cosmopolitan vagabond", eventually accumulating Austrian, Czech and British citizenship. He found it hard to recognize himself as a collector. "I couldn't collect things,” he told Nicole Milhaud in a 1966 interview. “I was a wanderer. I had no chance to collect things, but I was interested. I liked these objects." While he clearly expressed his fascination with non-European art as early as his student years in Vienna, where he particularly enjoyed the Museum of Ethnography—"I found something human there that suited me, that I could understand," he wrote in his autobiography—he did not become especially active until after the Second World War and moving into a villa in Villeneuve, on the shores of Lake Geneva, in 1953. He named it "Villa Dauphin" in reference to a 17th-century silver basin he received as a gift after painting the portrait of Doris Angehrn's daughter. Some pieces he bought from galleries, such as a sixth-century BCE Corinthian bronze helmet for £500 in London in 1960, others at auctions, including the skyphos at the Münzen und Medaillen AG in Basel in 1961. Apart from a few that were sold during his lifetime, most of these works can be found in the foundation's collections, with the exception of 19 prints (five by Utamaro, a lithograph by Delacroix, an engraving of Dürer's Melancholia, an etching by Rembrandt) and coins auctioned in 2005.

From the Collection to the Work
Oskar Kokoschka foundation curator Aglaja Kempf told us about the importance of the research underway on the collection’s influence on his work. “Baroque art mattered a lot,” she said. “So did Japanese art and Chinese painting from the Tang Period (618-907 CE). He mixed influences and had an in-depth knowledge of certain themes. His early use of black lines, the format of certain works, the juxtaposition and choice of certain colors, the sinuous figures and the whitish treatment of faces attest to the influence of japonisme. Over time, this was still present but absorbed rendering it is less conspicuous. Kokoschka was not a free radical; he fit in with his times. Japonisme was all over Europe in the second half of the 19th century, including Vienna. Klimt also collected eclectic objects, including some inspired by Japan.” It was above all in the late 1950s that items from Kokoschka’s collection started showing up in his paintings: a biscuit from the Samson workshop featuring Leda and the swan, a Japanese paper mâché tiger (Hariko no Tora) and a sculpture group depicting the abduction of Antiope by Theseus from the pediment of the temple of Apollo Daphnephoros in Eretria, one of the artist’s favorite statues, which inspired him on several occasions.
This collection, which follows in the tradition of Renaissance cabinets of curiosity, can be considered a reflection of what humanity’s soul could be, beyond cultures and periods, which Kokoschka seems to have sought in his portraits. That is reason enough to rediscover him.