The Need for an Art of Living

Gathered and restored over ten long years, the collection currently on show – both online and in-person – at the Galerie Meubles et Lumières in Paris, pays tribute to French luxury creations over thirty glorious years, through the lens of the Société des artistes décorateurs (Society of Decorative Artists) or SAD. 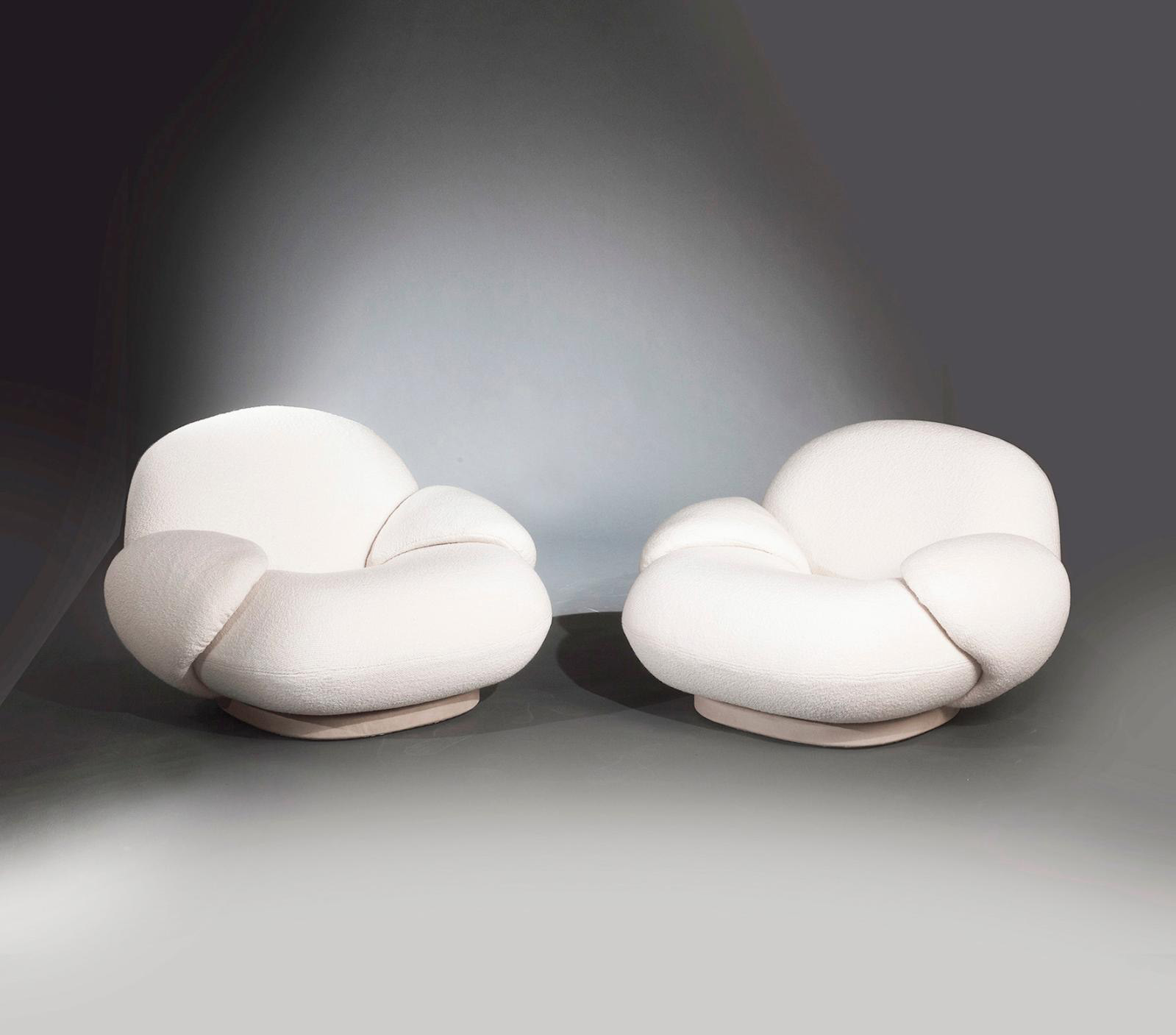 Though the gallerists, antique dealers Alexandre Goult and Guilhem Faget, remind us of the 2021 anniversary celebrating 120 years since the SAD’s foundation in 1901, it is the post-war period that they showcase. In their field of specialization they bring together a whole range of creators who have worked as part of the Society, such as Lionel Morgaine, Jean-Pierre Garrault and Henri Delord, Danièle Raimbault-Saerens or René Blanchard. The latter’s aerodynamic bed in white lacquered fiberglass (1969) may have already found a buyer – though it remains visible online –  but one can still admire the beautiful “sephamore” totem poles by Garrault and Delord, in chrome metal and opalescent glass (circa 1971), the dynamic and colorful "New World" tapestry (1975) by Raimbault-Saerens, or a set of stools and a table (circa 1969), attached to one another in the style of a "luxury canteen", and signed Morgaine, on-site.

The period’s innovative techniques are well represented, such as the rare Plexiglass chaise longue (circa 1969) by Morgaine, which interestingly retains its patina, the “Selle” seats (circa 1971) in resin and white gelcoat by Jean Dudon, the “Diabolo” chairs in foam (circa 1977) by Bernard Govin, and many others. It is not a scientific exhibition, but if the visitor doesn’t deepen their knowledge on the spot, they will certainly sharpen their curiosity while reveling in the creative outpouring of a recent time that nevertheless already feels distant.

Design: The Elegance of Mathieu Matégot