The modernist adventure in Brazil

On the occasion of the exhibition devoted to Brazilian modernists at the Chastel-Maréchal gallery, we look back at this generation of artists who mingled European influences with local resources. 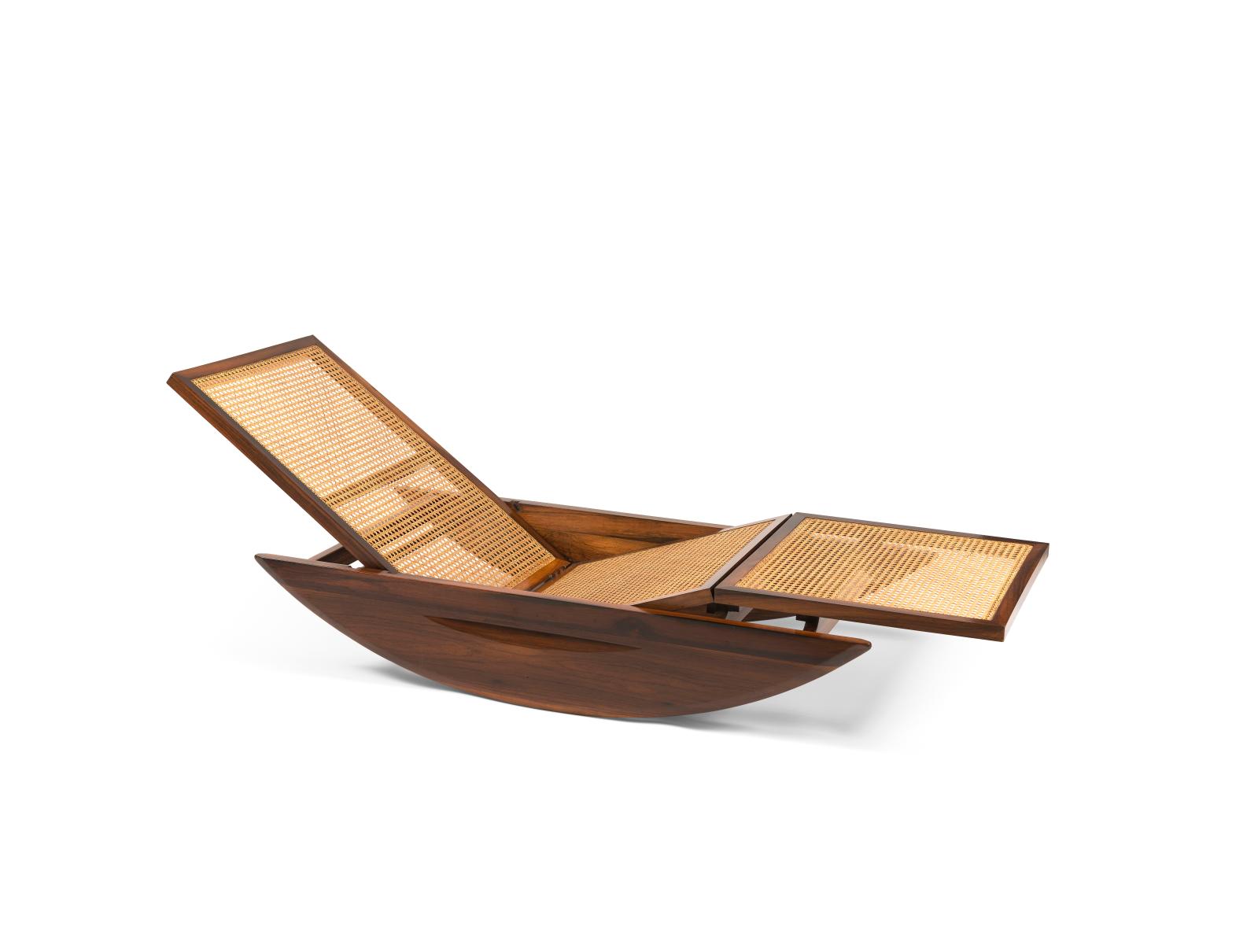 Mikael Najjar, a member of the Marché Paul Bert, took Aline Chastel off on a trip to Brazil three years ago. Other visits followed, which led to the idea of an exhibition at the gallery opening this September. Over the past few years, Brazilian design has become increasingly popular at fairs and salerooms. For example, Wright (Chicago) and Piasa (Paris) have begun to include Sergio Rodrigues and his colleagues in their catalogue, and the Paris company even devoted a sale to the theme in December 2017. A few months earlier, the Nilufar Gallery had exhibited pieces by José Zanine Caldas and Jorge Zalszupin, before staging a show on the Studio d'Arte Palma of Lina Bo Bardi and Giancarlo Palanti at the last Milan Furniture Fair. In other words, the market seems determined to take Brazilian design beyond its borders, from the Side Gallery in Barcelona to the California-based Peter Blake, who provides a well-stocked catalogue in Laguna Beach.

A well-judged selection
On site, more precisely in Rio de Janeiro, Marcelo Vasconcellos and Alberto Vicente have worked to give new value to this heritage through Mercado Moderno. Their valuable erudition is a positive delight for Aline Chastel, keen to offer a more personal, selective view of Brazilian modernism: "We have worked a lot with Marcelo, who is a real authority. I bought my first Namoradeira by Caldas from him; it was love at first sight. He mainly offers pieces that have not yet been seen in France." It needed a lot of scorting to remove the numerous fakes, ongoing editions like the iconic "Bowl Chair" by Bo Bardi, taken up by Arper, and the numerous Zalszupin and Scapinelli references on offer with Etel. Because trends have clearly not eluded the industrial market, ever on the lookout for classics: the latest to date, the Americans of Matter Made, recently bought designs for a series of concrete jars by Rodrigues.

A specifically Brazilian aesthetic
Finally, there was one other requirement to be met: "This is a very singular period resulting from a mixture of information brought by European designers who arrived Brazil between the wars," says Aline Chastel. So it's a question of highlighting what is specifically Brazilian compared with other designers like Scapinelli, whose furniture could well have been made in Italy. "An idea of modernism that was moving away from the Bauhaus and European rationalism, reinterpreted here in a local vein, integrating decorative reminiscences of Portugal's domination and local materials. For example, the strict lines of tubing were softened by sinuous curves in jacaranda and vinhatico, close to the new Brazilian awareness advocated by the artists who came together in 1922 during the famous Semana de Arte Moderna in São Paulo. Technically speaking, that's where the idea of modernism was raised for the first time in the country, even if it took another six years for the Russian Gregori Warchavchik to build the first genuinely modernist house in Rua Santa Cruz in São Paulo.

A cosmopolitan spirit
With its immaculate white cubic volumes, its architecture immediately evokes the ideas of Gropius and his acolytes. All roots that Oscar Niemeyer and Lucio Costa never forgot, at the time when they were defining a powerful Brazilian aesthetic that could symbolise the "fifty years of progress in five years" promised by the slogan of President Juscelino Kubitschek, who governed from 1956 to 1961. The thirst for economic development and burgeoning industrialisation considerably influenced the emergence of this generation of designers. This was because the thousands of square metres that arose in the form of residences and public ministries needed furniture. So Tenreiro's early beginnings in modernity go back to 1942, sparked by Niemeyer's commission for the house of the writer Francisco Inácio Peixoto in Cataguases: a sizeable project carried out with the landscape architect Roberto Burle Marx. Although Portuguese by birth, Tenreiro was the first to make use of local craft resources, while mingling them with the elegance of the modernist style, as did Zalszupin from Poland, or Carlo Hauner and Martin Eisler, respectively Italian and Austrian. A mingling of origins that proved the considerably cosmopolitan spirit underlying this Brazilian synthesis. With Rodrigues, Caldas is thus the only native Brazilian among the six names chosen by the Chastel-Maréchal gallery, but the comparison stops there. While Rodrigues rapidly opened his company Oca to mass production, Caldas preferred a purely artisanal approach. His Namoradeiras, "all one-of-a-kind because carved directly from the solid material", sometimes using two tree trunks, sometimes one, illustrate the designer's changeover to the untreated, sculptural look in the early 1960s.

Stories in a bottle