At the Gobelins Gallery in Paris, France’s National Furniture Depository has recreated the interiors of three imperial palaces that have vanished to celebrate Napoleon’s ambitions for the decorative arts. 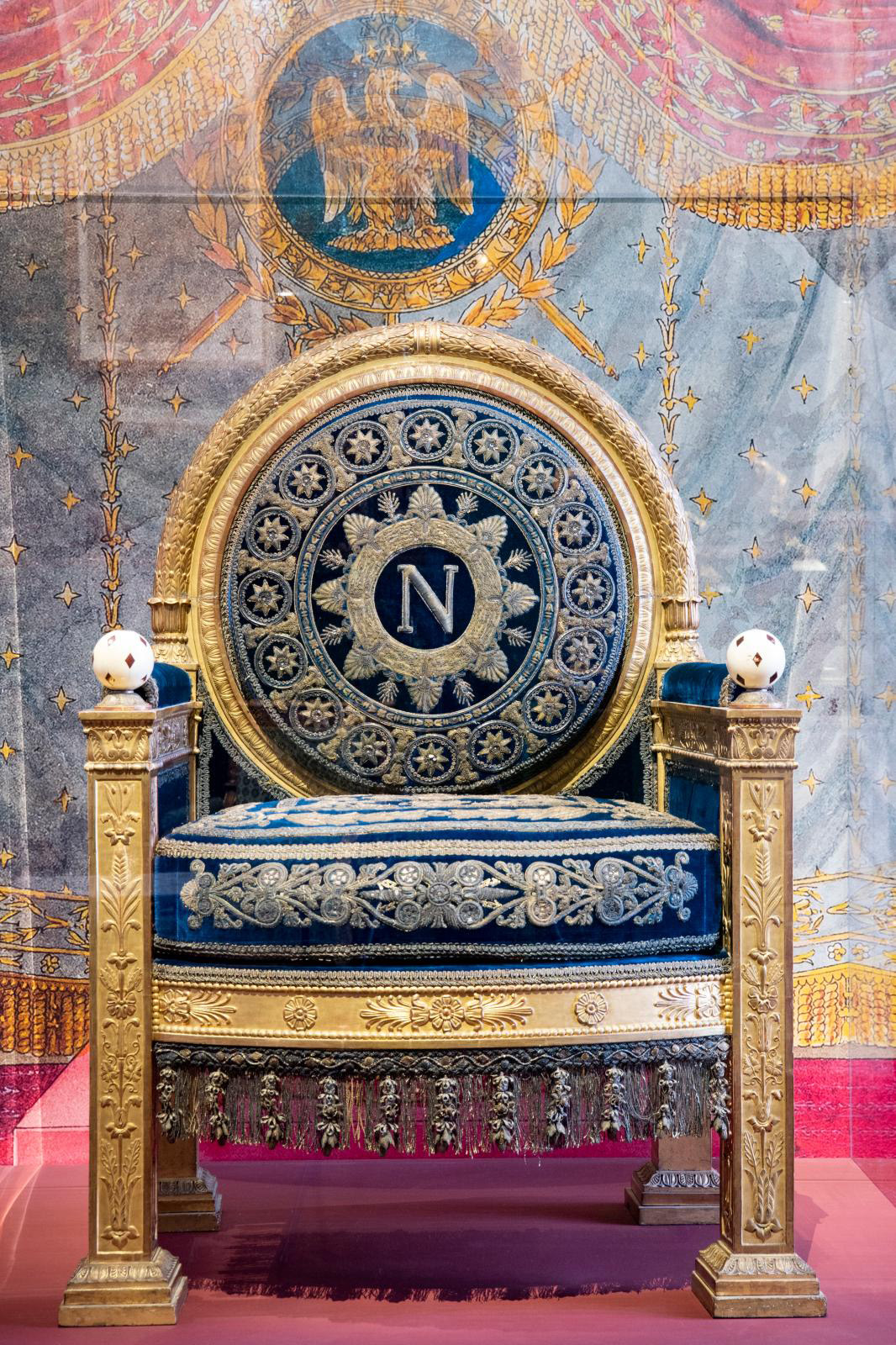 Like the words of a lost language, furniture, objects, silks and tapestries reflect the spirit of a time and the memory of its codes and customs. Luckily, the decors and ornamental items from the Tuileries Palace, the Château of Saint-Cloud and the Château of Meudon did not go up in flames with those buildings when they were burned down during the Franco-Prussian War and the Paris Commune. A chronological and topographical exhibition of about 350 items—mostly furniture restored for the occasion—explores the styles of the Napoleonic Era, from the Consulate to the fall of the Empire.

"While not one of these buildings is left standing,” says Thierry Sarmant, director of collections at the Mobilier National and the show’s head curator, “we discovered that the interiors of the palaces in which Napoleon chose to live had remained basically unchanged since Louis XIV. He even kept some of the Sun King’s objects in order to enhance his own image. This is the first show that sheds light on this little-known aspect.” Louis XIV tapestries were reused at the Tuileries and soon complemented by others commissioned from the Gobelins to celebrate the Emperor’s victories. The exhibition traces the ruling family’s changing tastes, shifting back and forth between historic references and formal innovations, motifs and emblems. For example, a succession of chairs, from the imperial throne to a folding stool, illustrates the Empire’s hierarchical order and strict etiquette.

When Napoleon became First Consul after the coup of 18 Brumaire, he hastily moved into the first floor of the Tuileries. He followed this up with the renovation and furnishing of Saint-Cloud, his summer residence, and the more informal transformation of Meudon, which was intended for the young King of Rome and aimed to legitimize the imperial dynasty. In each palace he called home, Napoleon, who loved Boulle furniture, spurred innovation and prestigious craftsmanship while pursuing his diplomatic, economic and dynastic aims. The show is laid out in a clear progression that allows styles to be compared. "The Consulate Period", says the curator, “was the boldest, most productive phase of the decorative arts in the Napoleonic Era, if not in the history of neoclassicism.” Between 1798 and 1804, furniture was adorned with plant and animal motifs and women's heads graced the armrests of the chairs of Treillard (1798–1799), a member of the Directory. Their original silks were placed in the Tuileries. Expressing the triumphing Empire, the shapes grew bulkier from 1810 until the Restoration.

Throughout the exhibition, digital displays situate the items in their original context. With this particularly successful physical and virtual presentation, the Mobilier National aims to foster a policy supporting repositories for cultural hertiage while continuing to officially supply the institutions of the Republic.