The Monnaie de Paris (Paris Mint) is hosting a show about money in use around the world, presented as a cabinet of curiosities. 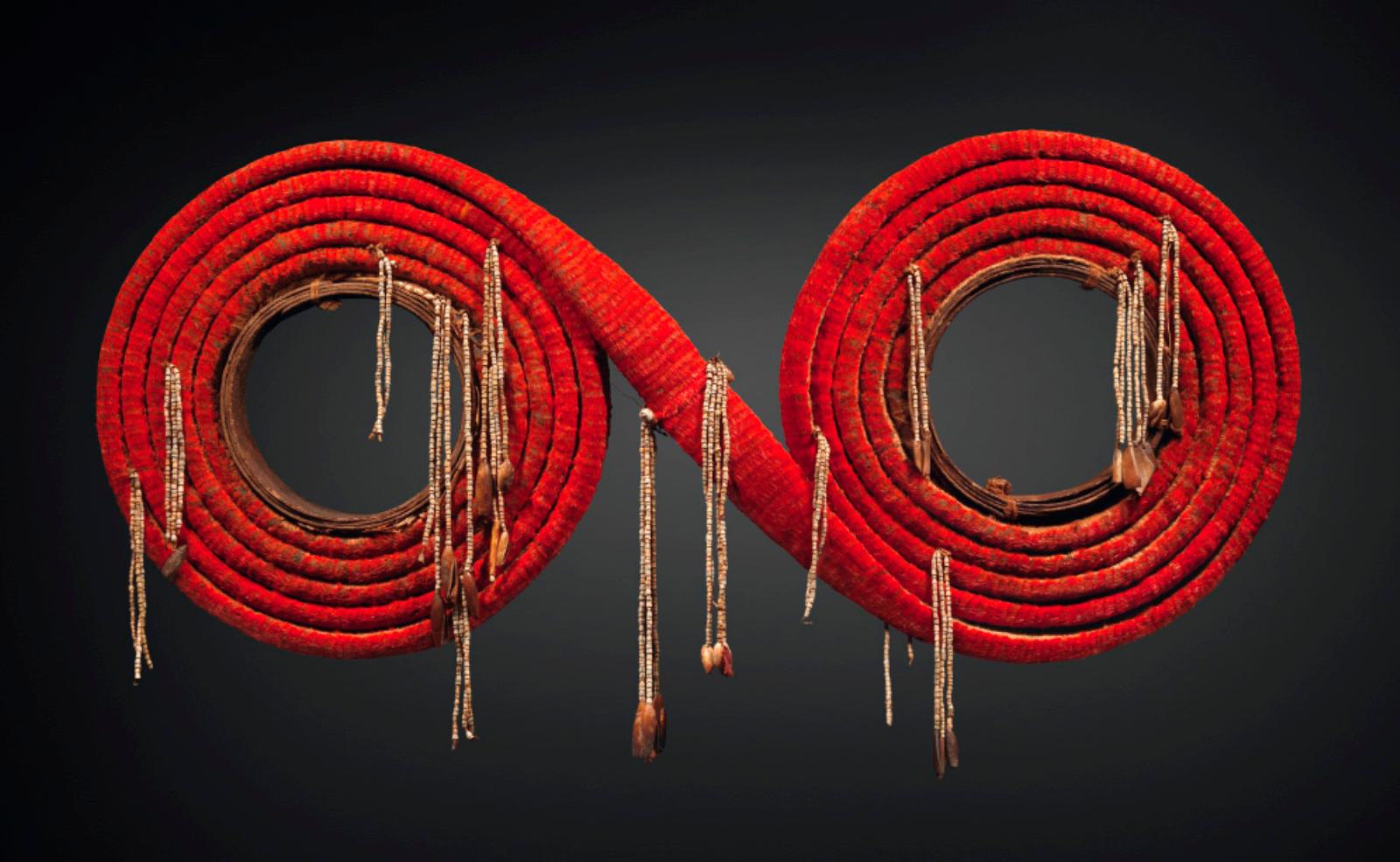 Curator Bérénice Geoffroy-Schneiter has kept her promise: “showing the ability of the objects gathered in this exhibition recalling cabinets of curiosities to amaze and creating surprise by shifting and destabilizing the Western gaze, which reduces the word 'money' to merely a simple means of trade.” The first room introduces the rich meaning and variety that these means of exchange can take in Africa, Oceania and Asia, from a block of salt to African fabrics woven with symbolic figures, a knife-shaped hammered sheet of iron (ngindza) used by the Yakoma (Central African Republic), an aragonite disc (rai) from Micronesia’s Yap Islands, a Roman coin from the reign of Augustus set in a Bulgari necklace, seashells and braided fibers (talipun) used for ceremonial purposes by the Western Boiken in Papua-New Guinea and this magnificent double roll of feathers (tevau or teau) from the Salomon Archipelago’s Santa Cruz Islands.

Ms. Geoffroy-Schneiter scoured the reserves of the great Parisian and European museums, notably Quai Branly-Jacques Chirac, Guimet, Musée des Arts décoratifs in Paris, Mucem and Barbier-Mueller, to find pieces that have never been exhibited before, like this bundle of thin iron rods called bitchie or bikie from Northern Gabon in the Monnaie de Paris collection. But most of the items have been loaned by intrepid collectors, "visual adventurers" as she calls them, who were able to see what lies behind these objects, which were long deemed anecdotal. At the end of the exhibition, short interviews shed light on their passion. There is a very touching interview with Michel and Denise Meynet, who donated 800 pieces to the Musée des Confluences in Lyon. This intelligent, relevant exhibition is a journey across continents, materials and cultures.