The 32nd edition, overseen by Henri Jobbé-Duval, is opening up to contemporary creation by promoting outstanding know-how, and consolidating its international aspect, regaining its place as France's key event. 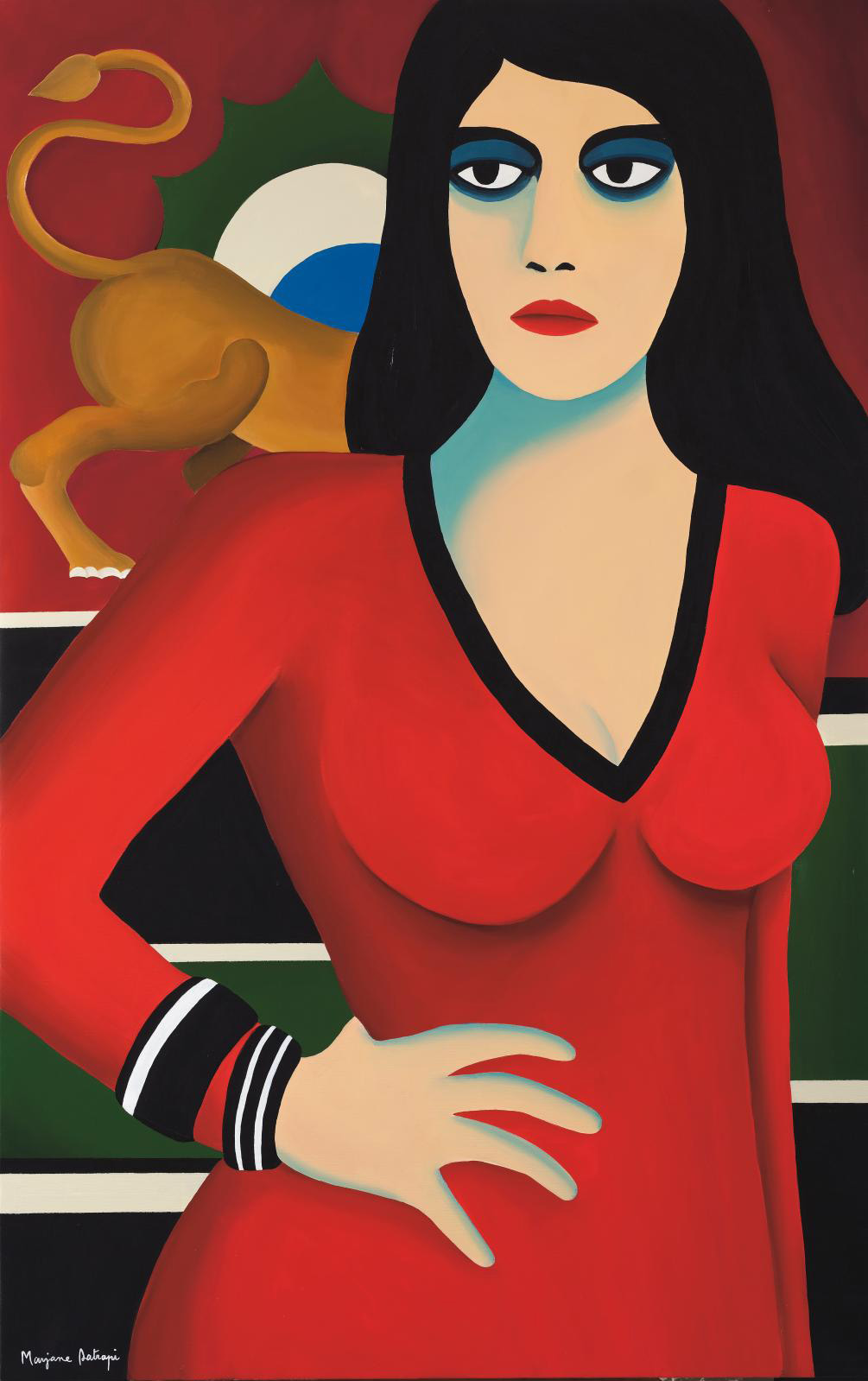 "The Biennale is ready to go", says Mathias Ary Jan. Though the vice-president of the SNA (National Syndicate of Antiques Dealers) can now affirm this as a reality, the Biennale was on hold for many long weeks, when Alexis Cassin, in charge of organizing the fair in March, threw in the towel this summer. This uncertainty is reflected in the title of the exhibition staged by Paris gallery owner Nicolas Bourriaud in his space on Quai Voltaire: "Notre Biennale 2021" ("Our 2021 Biennale"). The context was sensitive, but the SNA provided the means to maintain the edition and restore its glory to a flagship event that has been uniting the profession since 1962 (with André Malraux's support at the time). To do this, it assigned the artistic direction to Henri Jobbé-Duval, a key figure in the art market whose name is forever associated with the creation of the FIAC, the Paris Boat Show, Art Paris and Révélations, the first biennial arts and crafts fair. He has worked hard to reposition and renew the Biennale, which has gone from being the first fair of the fall season at the Grand Palais to being the new November event at the Grand Palais Éphémère. It has been extended from four or five days to ten (to include two weekends), while keeping it an annual event. This amuses Henri Jobbé-Duval: "It'll be the world's only annual biennial! But the names of many events have become inaccurate: for instance, the Paris-Dakar no longer goes through Dakar."

Design and Jewelry
But above all, it is firmly established in the 21st century, with a focus on outstanding, high-end expertise, and is now open to design and contemporary creation. This positioning appealed to Alice Kargar, associate director of Maison Rapin, who says: "We were delighted when the organizers decided to bring back this event and wanted to participate, happy to help put Paris back on the map as the capital of arts and savoir-faire (know-how)." The works she is showing include large furniture in amber by Kam Tin (€100,000 to €150,000) and mirrors by Robert Goossens (€25,000 to €55,000). These are collector's items, some of them limited editions, created in the same spirit as that of the cabinetmakers of the 17th and 18th centuries like André-Charles Boulle and Charles Cressent, or great 20th century designers like Jean-Michel Frank, Eileen Gray, Jean Dunand and Albert-Armand Rateau. Jean-Jacques Dutko will in fact unveil a desk and chair set by Rateau, designed around 1920-1925 for the private mansion of leading couturier Jeanne Lanvin in Rue Barbet-de-Jouy in the 7th arrondissement (he will also be found at the Mathivet Gallery, with a later armchair from 1930). Jean-Jacques Dutko had kept this set for many years and decided to exhibit it with Luigi Toninelli, a colleague with whom he participated in the Salon in the 1980s.

Jewelers are making a comeback but in a more restrained way, an aspect the artistic director was attentive to: "At one point, there was too much emphasis on refined jewelry, and this perhaps destabilized people's idea of the Biennale. We have been careful to keep a balance between the various specialties, from archaeology and ancient art to Islamic, non-Western and contemporary art." We won't yet be seeing heavyweights like Chaumet, Van Cleef & Arpels or Cartier, but among the nine stands devoted to the specialty is Vever, now reborn as it approaches its 200th anniversary: a house famous for its Art Nouveau jewelry worn by crowned heads and prominent elegant women of the Belle Époque. Visitors can both savor historical pieces and marvel at recent achievements at galleries including Alain Pautot, Elsa Jin, Bernard Bouisset, Larengregor, Hervieux & Motard and Horovitz & Totah.

Soulages, Buffet and Satrapi
Extending the event to contemporary art is also justified by a natural process that, as Eric Dereumaux of the RX gallery tells us, "finally brings controversial artists of the 1960s into the history of art. For example, Hermann Nitsch, whom we are presenting in a solo show, was an avant-garde artist who has become a classic, so he has a legitimate place in the Biennale, like Shiraga and Mathieu, who occupy a key place in the market." Prices for Nitsch's works range from €7,000 for drawings to over €100,000 for 2 x 3-meter (6.6 x 9.8 ft) paintings. They have risen by 30% in the last four years since the RX Gallery began to represent him. For Françoise Livinec, "the gallery's artists are part of art history; they renew techniques and modes of expression, and invent a personal vocabulary that is a far cry from mere trends. Today, their ascetic, demanding work speaks to many collectors from various backgrounds, who seek out works from different periods, all linked through the sacred nature of artistic expression." Prices at her stand range from €500 all the way up to €50,000, with Marjane Satrapi (Sphinge (Sphinx), at €40,000), Loïc Le Groumellec (Maison (House), €35,000) and Jang Kwang Bum Montagne (Mountain, €25,000).

The Opera Gallery, with one of the largest stands (130 m2/1399 sq. ft), is presenting a solo show by Pierre Soulages. A demonstration of power, but above all a desire to surprise, shared by many gallery owners. Michel Giraud has reserved several works by the Giacometti brothers, including a sculpture by Alberto: a real event, as this is the very first version of The Walking Man: "This is numbered 1/8 and has been exhibited in four major museums since its creation." It has remained in the same collection since Diego sold it after Alberto's death.

Giulia Pentcheff moves sideways, presenting a rarer and more sought-after part of Auguste Chabaud's work, with a Clown du cirque Medrano (Clown at the Medrano Circus) from his "Parisian" or "Fauve" period, c. 1907. Belle Époque specialist Mathias Ary Jan will cause a sensation with Bernard Buffet's Brooklyn Bridge, a 1958 painting 2 meters (6.6 ft) high that has never yet gone on public sale. Benjamin Gastaud of BG Arts is proudly offering a series of 12 different-colored Formose vases: a blown-molded glass model created by Lalique in 1924. The Flak Gallery is creating an event with a focus on the arts of the Great American North: a selection of extraordinary works from Alaska (e.g. an Eskimo Yupik mask at over €500,000) and the north-west coast of Canada.

With 63 exhibitors—including five museums—from Austria, Belgium, Spain, the US, France, Monaco, the UK and Switzerland, the Biennale is off to a promising start, as Michel Giraud suggests: "We have a champion in France called the Biennale: a racer that promotes the French market." And it is now starting a new chapter in its history.

Three questions for...
Henri Jobbé-Duval,
artistic director of the BiennalE

What is the philosophy behind this new edition?
"We have done our utmost to make this 32nd edition a success for both the visitors and the participants, who have made financial commitments and are also keen to continue supporting a 120-year-old professional group. Obviously, a financial balance will not be achieved this year [the stand price is €850 per m2 for SNA members and €1,100 for non-members—Ed.] and the loss will be borne by the SNA, which defends the interests of the sector. I hope that in the coming years this Biennale will mark the return of a flagship event for Paris, now repositioned with the international aura it deserves because it champions the values promoted by the players: heritage, excellence and the passing down of knowledge and skills.

How can this goal be achieved?
I believe we need to bring professionals together. This is why we have invited institutions and signed an agreement with Artgeneve, which organizes Sculpture Garden, the Geneva sculpture biennial. Thomas Hug will be presenting a dozen works, and in return, we will be promoting French antique dealers in Switzerland during a future edition of Artgeneve. Our existence beyond France will not be ensured through protectionism, but by establishing a dialogue with different partners.

Is it also a question of adapting to a new demand?
The international scene is still highly conscious of the Biennale's prestige, with content that once reflected an era and now needs to be completely revisited to meet the expectations of a new public, while providing reference points for the future. In 20 years' time, today's visitors will be tomorrow's buyers, and it is crucial to raise their awareness and nurture their liking. We should never forget that Paris is an iconic city, and France still has a glittering image in terms of luxury and culture. We want to revive another major event in this sphere."
La Biennale, Grand Palais Éphémère, Paris VIIe
From November 26 to December 5, 2021
www.labiennaleparis.com