The French Senate Takes Up the Issue of Restitution

Hardly a month goes by without the restitution of an artifact or artwork to a former colony being reported somewhere in Europe. French President Emmanuel Macron has jumped on the bandwagon, promising to return a drum carved by the Tchaman or Ebrié people, presently in the Quai Branly Museum, to the Ivory Coast. Confiscated... 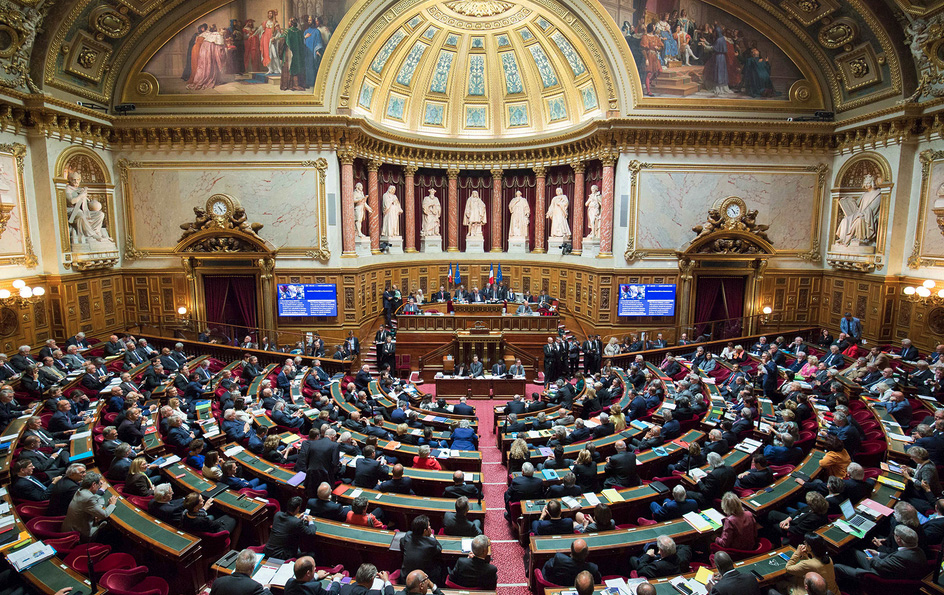 Hardly a month goes by without the restitution of an artifact or artwork to a former colony being reported somewhere in Europe. French President Emmanuel Macron has jumped on the bandwagon, promising to return a drum carved by the Tchaman or Ebrié people, presently in the Quai Branly Museum, to the Ivory Coast. Confiscated by colonists in 1916, the instrument tops the list of 148 works that Ivory Coast has been demanding for three years. At the Franco-African meeting in Montpellier (Southern France), the French president spoke of restituting several items, without giving any specifics. He recalled that 27 works from the royal palaces of Abomey were finally going to Benin in November, four years after the promise he made in Ouagadougou. No one knows yet if the Ivory Coast will have to be as patient or if the transfer of the ayokwe will be expedited under the guise of a “long-term loan”.

Bad habits die hard. Confusion reigns over gifts handed out willy-nilly without a semblance of consistency. France, which has been trying to backtrack since the damaging Savoy-Sarr report, risks stoking its partners’ frustration, as its number of restitutions pales in comparison to those made by German, Dutch or British institutions of sometimes highly symbolic works, such as the bronzes from the Kingdom of Benin.

Restitution decisions should not be arbitrary acts of government but scientific, ethical and legal considerations.

This the moment the French Senate has chosen to stake out a position of principle. France’s upper house of parliament had been outraged by the latest restitutions to Madagascar and Senegal organized by the executive branch. Led by Catherine Morin-Desailly, Max Brisson and Pierre Ouzoulias, 23 senators have submitted a bill to set up an “independent scientific commission” to study and oversee these procedures. This “Conseil national de réflexion sur la circulation et le retour des biens extra-européens” (“National Council of Reflection on the Circulation and Return of Extra-European Cultural Property”) would have 12 members, including “at least” one historian, one art historian, one ethnologist and one legal expert appointed by the culture and research ministers.

“Restitution,” the signers say, “is a complex issue that calls the principle of the inalienability of collections into question and challenges the universal project of our museums. These decisions should not be arbitrary acts of government but scientific, ethical and legal considerations. That is the only way to ensure consistency in the decisions made by France.” One article would facilitate the restitution of human remains, going through the courts rather than parliament. However, the senators did not want to extend this simplification to the restitution of colonial property. In each case, it will be necessary to wait for the passing of a new law, which takes time, although Ms. Morin-Desailly believes that the scientific council’s prior inquiry will lighten the parliamentary process.

The senators’ voice of reason has a scant chance of being heard. Roselyne Bachelot prefers a “case-by-case” restitution policy decided by presidential directives to the randomness of scientific expertise. In any event, the signers admit, the bill cannot come up for debate before next spring’s legislative elections. Hopefully, by then the “reflection” can be deepened and cultural cooperation will have helped to cool down the debate.

The Future of Venice: Between Disillusion and...

Venice, one of humanity's uncontested cultural jewels, has cried...