Located in the foothills of the Pyrénées the Céret Museum of Modern Art’s recent renovation and expansion has drawn less attention than its dynamic new permanent exhibition, which reflects cutting-edge museum design. 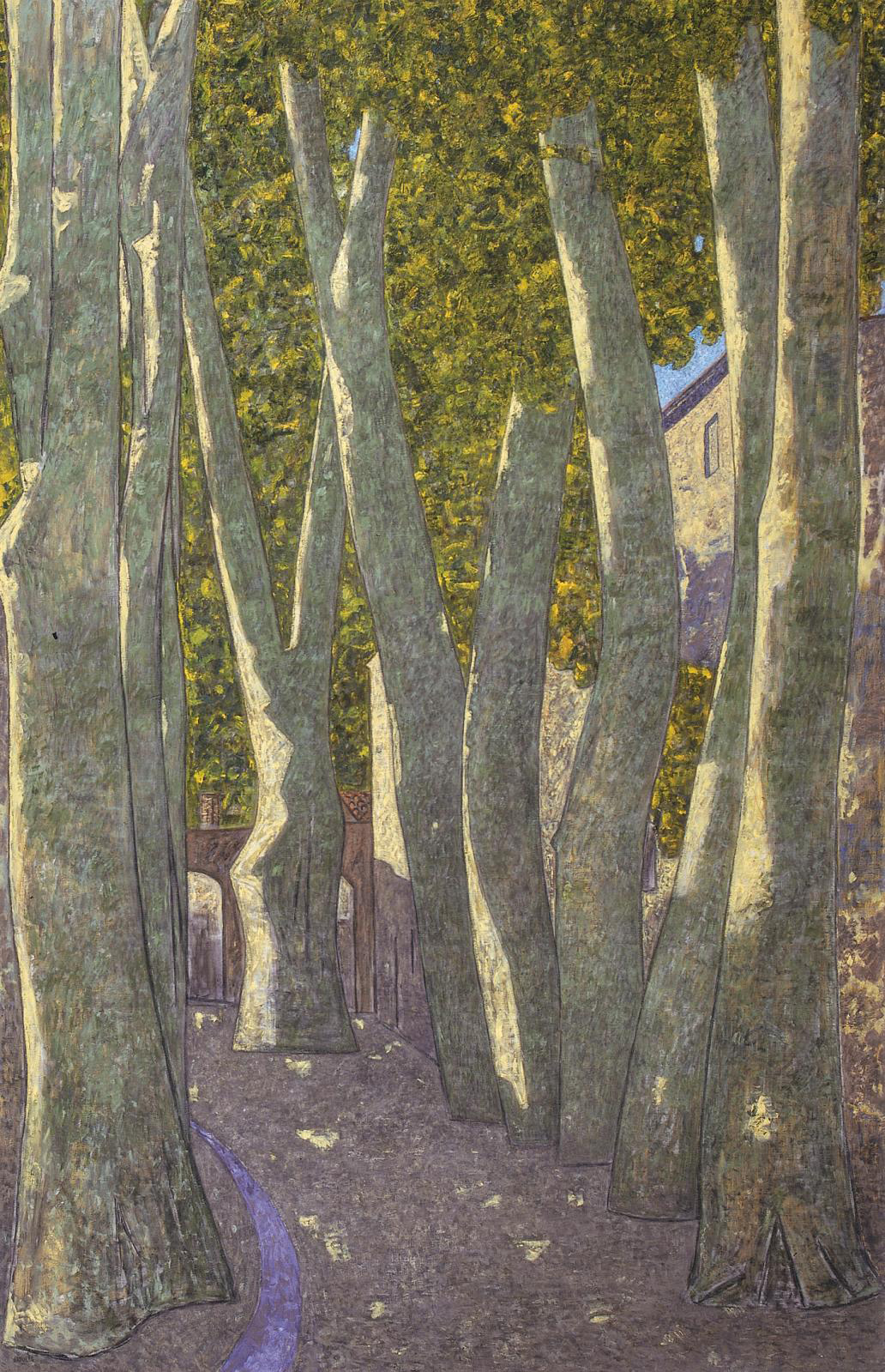 "In the middle of a small spiral street lined with sycamores, seeing a tractor-trailer containing masterpieces blocking the city during the set-up and dismantling of exhibitions is part of the charm of Céret". says Nathalie Gallissot, director of the modern art museum in the Pyrénées-Orientales town. “But honestly, it was no longer tenable.” Tucked away in a former Carmelite convent that became a prison in the 19th century, the small museum with a big history has just reopened after a two-year makeover. The municipal council invested €7.5 million (triple the annual operating budget) to build an additional 1,300 m2 (13,993 sq ft) of space designed by architect Pierre-Louis Faloci, including a logistics area, a viewing platform, classrooms and a 500 m2 (5,381 sq ft) room for temporary shows. “Exhibitions have grown in size since the 2000s, forcing us to take down the permanent collection because there wasn’t enough room to display it,” explains Ms. Gallissot. “That’s heartbreaking, considering the rich history of this museum formed by and around living artists.”

Capital of the Avant-Gardes
When the museum opened in 1950, the city of 8,000 had already been an extraordinary artistic hotbed for 40 years. It all started in 1910, when three men—sculptor Manolo, musician Déodat de Séverac and collector Frank Burty-Haviland—visited Céret and attracted others in their respective circles. Céret also benefitted from a series of coincidences: Henri Matisse moved to Collioure, a few kilometers away in 1905, Aristide Maillol was born a little further down the road in Banyuls in 1861 and Gustave Fayet, who was close to Paul Gauguin and Odilon Redon, bought Fontfroide Abbey in 1908. In 1911, Picasso and Braque painted Cubist masterpieces on this fertile ground near Spain. The emerging movement’s impact made Céret famous and attracted members of the Paris School. During the Second World War, it was a refuge for artists, including Albert Marquet, Raoul Dufy, the Surrealists and Salvador Dalí. “The dedicated temporary exhibition space lets me counter-intuitively rebalance the neglected place of the permanent collection,” she says. “The idea caught on with the pandemic and issues involving how to balance events and the permanent exhibition, the long and the short term, as well as our visitors’ expectations. I want to go further than the image of Céret as ‘the Mecca of Cubism’.”

The Prism of Modern Art
Rearranged on two levels, the path thus goes beyond the reductive image of a Picasso city to unfold an artistic and local Céretan chronology, like an unfolding narrative with its highlights, its ellipses, and sometimes its analepses. “I wanted to rework the collection as a whole, this collection made up of coherence and serendipity, to find a narrative thread between all the scattered donations from major artists, from Georges Braque to Vincent Bioulès," comments Ms. Gallissot. "We had to create surprises and expectations, to feature landscapes by artists with nothing in common but Céret and to move away from the routine presentation of a collection without any form of explanation.” The strictly chronological exhibition has eschewed the series of rectangular rooms with picture rails for a continuous discourse while treating time like chapters in a historical novel. The backdrop is set by a portrait of a Catalan woman by Paul Gauguin, which presents the Céret of before. The plot thickens with the Cubist revolution, represented up to that point by two paintings by Auguste Herbin. Major works fill in the gaps of a collection where successive donations formed a spotty history. The musée national d'art moderne (Paris) came to the rescue by depositing five works, including one by André Lhote. The musée du quai Branly has agreed to part with two of the African sculptures so highly regarded by the avant-garde, one of which is from the former Haviland Collection, dispersed at Drouot in 1936. “It’s still hard for a small local museum to dialogue with national ones,” says the curator, “although I must admit that my colleagues welcomed the idea of focusing on the permanent collection again.” Most of the 200 or so landscapes that Chaim Soutine painted in Céret between 1919 and 1922 are at the Barnes Foundation in Philadelphia. Their absence was filled by the musée d'art et d'histoire du judaïsme, and the Centre Pompidou has loaned a Chagall, Les Gens du voyage (Travelers). Opposite these works, a series compares the Pyrénées motif seen from Céret by Montparnasse painters André Masson, Maurice Albert Loutreuil and Pinkus Krémègne, who died in the town. Despite a rather unfortunate high wall, at the end of the pathway, visitors can enjoy the same mountain vista from the rooftop viewing platform. The desire to anchor the collection locally is reflected in a set of illustrations from the archives that dot the route. Frank Burty Haviland's wedding in the city’s streets, the banquet in honor of Picasso in 1953 and the festivities offered to Dalí in 1965 are now intimate, now collective moments that breathe life into the artists’ lives when they lived and worked in Céret.

Contemporary History in the Background
In 1953, Picasso donated his famous Sardane de la paix (Peace Sardana), made at the Grand Café in Céret on the sidelines of a corrida, and the important collection of 29 bowls featuring bullfighting scenes made the same year in Vallauris. They usher in the postwar years, while chronologies are superimposed according to a fluctuating collection. Pignon-Ernest and Léopold Survage’s works depict the area in the 1970s and 1930s, respectively, but the leitmotiv is always the same: the unbreakable bond between the artists, who became the museum’s donors. Alain Clément was asked to continue the story and set the contemporary collection to “music”. “Many of the museum’s former curators were artists,” says Ms. Gallissot. “The museum has hosted several Clément shows and he knows the collection well. He’s familiar with the art movements in Southern France, notably Supports/Surfaces, of which the museum owns a significant number of works.” Ms. Gallissot imagined the hanging’s broken rhythm between rooms full of Viallat and Bioulès’ exuberant colors and Tapiès and Mirò’s serious, intense black to echo “the double-edged perception [he] had of the region. The Spanish Civil War left a deep mark, although those memories are fading.” The only thing that probably will not is the artists’ long, close relationship with the museum.