The End of the Issenheim Altarpiece’s Restoration is in Sight

The last stage of the Issenheim altarpiece’s restoration is underway, but the results are already stunning. More than ever, they reveal Grünewald as an outstanding colorist and draftsman and shed light on the genesis of this absolute masterpiece of the germanic Renaissance. 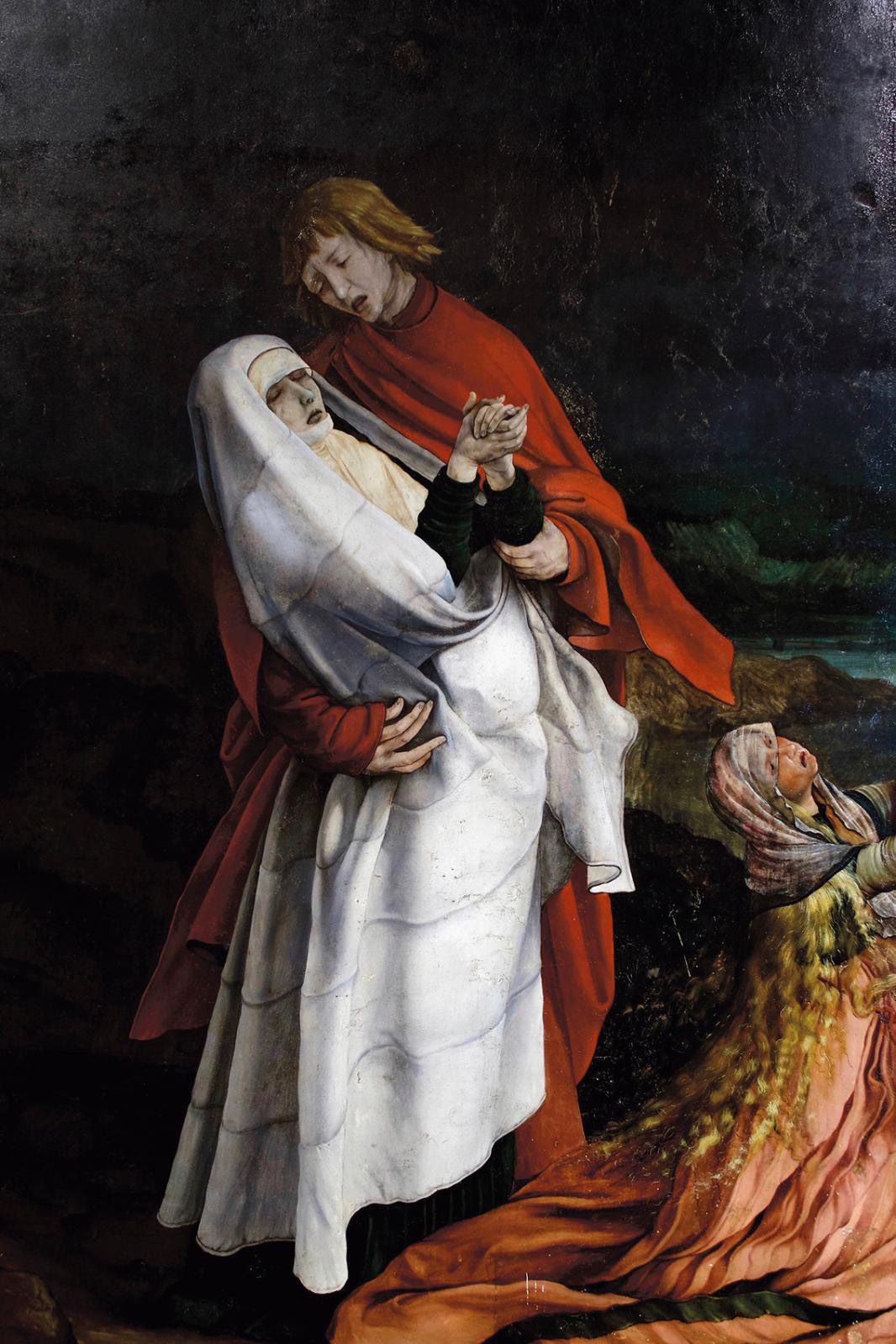 The Issenheim altarpiece has always had a powerful impact. The painter, Grünewald, and sculptor, Nikolaus Hagenauer, collaborated on this group of ten panels and eight carved reliefs between 1512 and 1516 for a monastery in Issenheim but the work’s artistic value quickly eclipsed its devotional character and religious purpose. In the 16th century, prominent collectors like the Habsburg Emperor Rudolph II (1576-1612) tried to buy it, repeatedly meeting with the Commandery’s rebuffs. History shows that the altarpiece was always considered special, and measures were taken to keep it safe in times of post-revolutionary vandalism or war. The alarm and controversy sparked by the start of its restoration in 2011 demonstrated that this reverence was still very much alive, and that visual habits die hard. We remember the Villot affair, which rocked the Louvre during the Second Empire. Some art-lovers were so used to seeing Veronese’s The Wedding at Cana and Raphael’s Saint Michael darkened by brown-yellow varnish (“museum juice”) that they no longer recognized them after their cleaning, and sparked an uproar. The press blasted the curator of paintings, Frédéric Villot, who defended the brighter colors’ legitimacy and the careful cleaning to no avail. He had to resign in 1861. It was the only way to calm people down.

A Fundamental Restoration
Aware that some people might be startled not to see the patina of time so familiar to them, the Unterlinden Museum proceeded with caution. A status report was written up in 2003, a first campaign begun in 2011 and further studies carried out in 2013-2014. The sculptures had last been restored in 1985, the paintings in 1990. Records show that the work had undergone restoration on an average of every 50 years, but the latest interventions were actually quite restrained, and essentially involved renewing the varnish that protects the paint. Over time, oxidation can turn the varnish yellow and opaque. Unsurprisingly, the 2013-2014 preliminary study revealed that a fundamental restoration was long overdue. Superficial work on the varnish was no longer possible. This time it was necessary to check the condition of the wooden support, ensure the good adhesion of the pictorial layer and lighten the varnishes successively applied to the work, distorting its chromatic range. The same was true for the sculptures, whose colors had faded and whose sheen was dulled by incrusted dust. In order to bring out the carved reliefs’ original colors, it also seemed timely to strip off the paint that had been applied to them in the 18th century. The decision was also made to include the frames in the project: being original, they are of major historic interest and had never been restored before. Begun in autumn 2018, the work is moving forward in stages. Phases of action are followed by times of reflection by a Franco-German scientific committee made up of a dozen curators, restorers and academics. As the team works on the panels in the museum openly, before the eyes of an often mesmerized public, the sculptures are being restored at the Centre de Recherche et de Restauration des Musées de France (C2RMF) in Paris. After years of coordinated efforts, just two steps are left to finish the panels’ restoration: touching up worn parts and gaps on the paint’s surface and applying a fresh coat of varnish to protect the whole. Unless unexpectedly delayed by the pandemic, the job will be over by spring 2021.

A First-rate Colorist
The restoration not only breathes new life into Grünewald’s famously shimmering colors, but also reveals his fine draftmanship in the lines of a hand or the fronds of a palm tree. The wool of the Lamb of the Crucifixion is more subtle than it used to look, revealing brown hair that contrasts with the fleece, heightening its glow. In the same panel the Virgin, draped in her son’s future shroud, now has an even more pallid whiteness whose intensity expresses her overwhelming grief. On the Resurrection panel, a small gate between the space of the sepulcher and the enclosure containing Christ’s tomb can now be seen, and previously invisible figures reappear in the background. Everyone will have a chance to see these changes when the museum reopens, but the restoration also sheds light on how the altarpiece was made. Regarding the thorny issue of the division of tasks between Grünewald and Nikolaus Hagenauer, the sculptures and panels feature the same quality of polychromy and artistry. The carved apostles’ nuanced flesh tones, the delicacy of saint Jerome’s ermine fur and the fine glazes suggest that Grünewald led the team that painted the sculptures. The same can be said of the frames. In some places, their colors extend features painted on the panels. The interplay of red, gold and azure blue on the Angels’ Concert frame responds to the architectural edifice appearing on the same wing. The Crucifixion panel’s frames have regained the original faux marble décor that few admirers of the altarpiece can say they noticed before. The restoration shows how much the Issenheim altarpiece was designed as a total work of art, with paintings, sculptures and frames all working together. It has brought out the visual harmony and deep coherence of the whole. Sculptors, painters and joiners had to work closely together to make such a skillful and subtly balanced work. Stripping off old touch-ups has also revealed marks left by the altarpiece’s original context and purpose. A candle scorch mark on the predella has become visible. The scientific committee decided to leave it there so that viewers can understand that the work was lit by candlelight. Scratches, probably caused by a metal rod used to open and close the wings, have also come to light. They have been attenuated to avoid interfering with understanding the altarpiece as a whole, but they will remain partly visible as evidence that some of the work’s components were originally moveable. The restoration of the now better-understood Issenheim altarpiece is a success on all counts. In every respect, a new chapter in its history is underway.