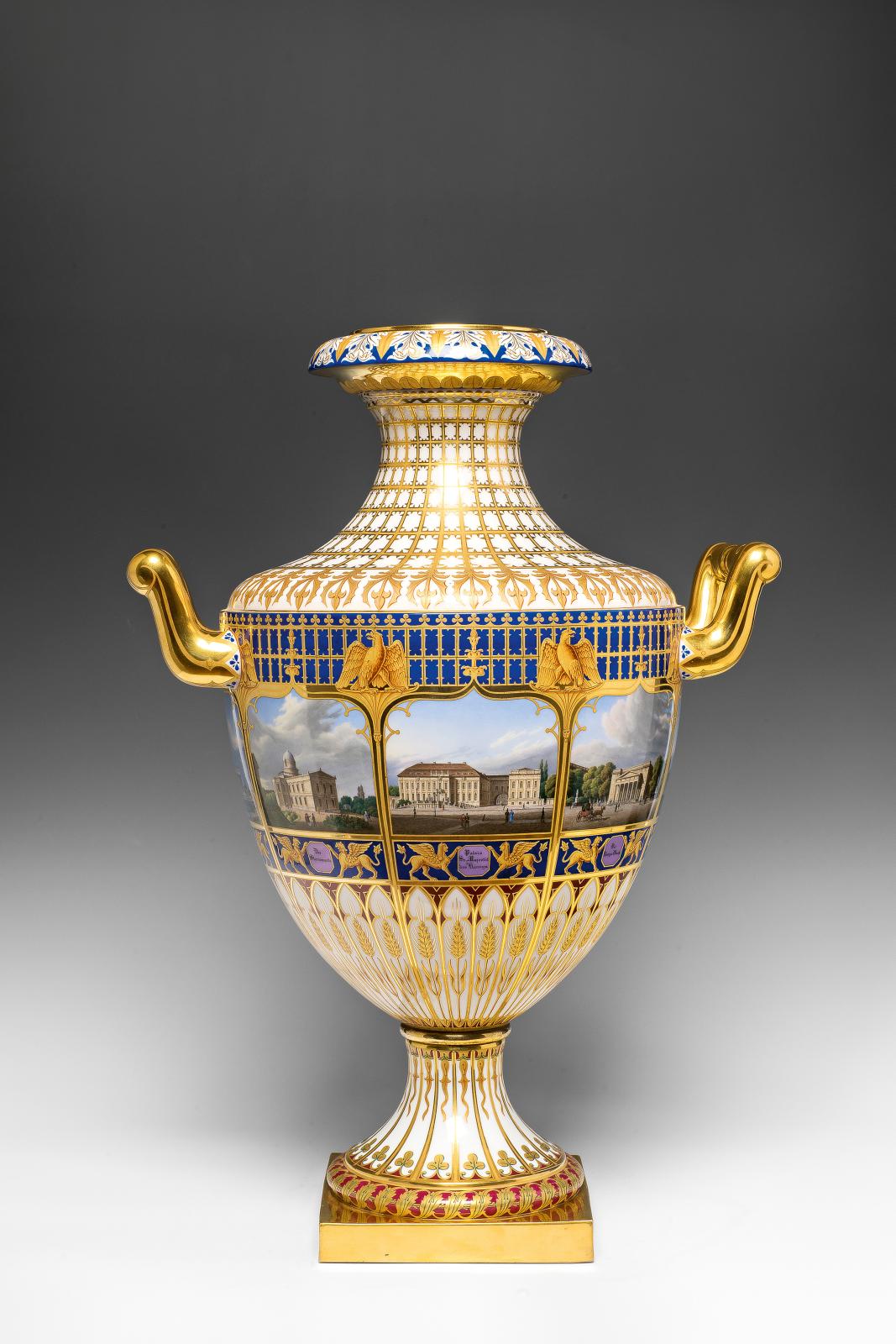 This vase was commissioned in 1838 for the 28th birthday of Bavaria’s future King Maximilian II (ruled 1848-1864). Eight views of Berlin painted on the body, including depictions of the royal palace, Academy of Fine Arts, theatre and observatory, symbolise pride in the city’s growth. Berlin’s royal manufactory made the vase, which reflects the importance of the exchanges in the first half of the 19th century that enriched the workshops of Berlin, Vienna and Sèvres to the point where it is sometimes hard to tell where certain pieces were made. Wholesale grocer and porcelain-lover Richard Baron Cohen, whose company C&S Wholesale Grocers is ranked by Forbes as the 10th-biggest private firm in the United States, focused his attention on those three manufactories. Over the years, the billionaire put together the world’s largest collection of porcelain from 1800-1850, according to the Metropolitan Museum of Art, which exhibited it 10 years ago. It is often compared to the collection of the Hermitage Museum in Saint Petersburg. Until 2007, the collection was housed in a replica of the Petit Trianon built by Baron Cohen and his father in Oyster Bay, Long Island, valued at $15 M when it was put up for sale in 2015. Dubbed "Twinight” because of its shining façade at sunset, the house gave the collection its name. The 155 pieces dispersed by Lempertz on 7 November are just a part of it.

Print the article
News feed
See all news
Damien Hirst in process of creating a chapel for the South of France
New auction records at Phillips’ 20th Century Contemporary Art Sale
Marian Goodman Gallery will represent the estate of Robert Smithson
Galerie Thaddaeus Ropac appoints Tom Hunt director in London
Not to be missed
Pre-sale
Choice pieces from an estate
Renoir, Pissarro and Boudin all feature large in this sale, which…
Pre-sale
Carmontelle, or the moving illusion
An exceptional piece recalls that the great 18 th -century French…
Pre-sale
Berthe Morisot: Rococo artist!
Making its first appearance on the market, this copy of a detail…
Pre-sale
Aboard Le Royal Louis
After ruling the seas under the French Restoration, a famous warship…