Germaine Richier, Jean Dubuffet and Bernard Buffet are the names to remember from the collection that the French gallerist Henri Creuzevault left to his children. It proves that it is not always quantity but rarity that counts. 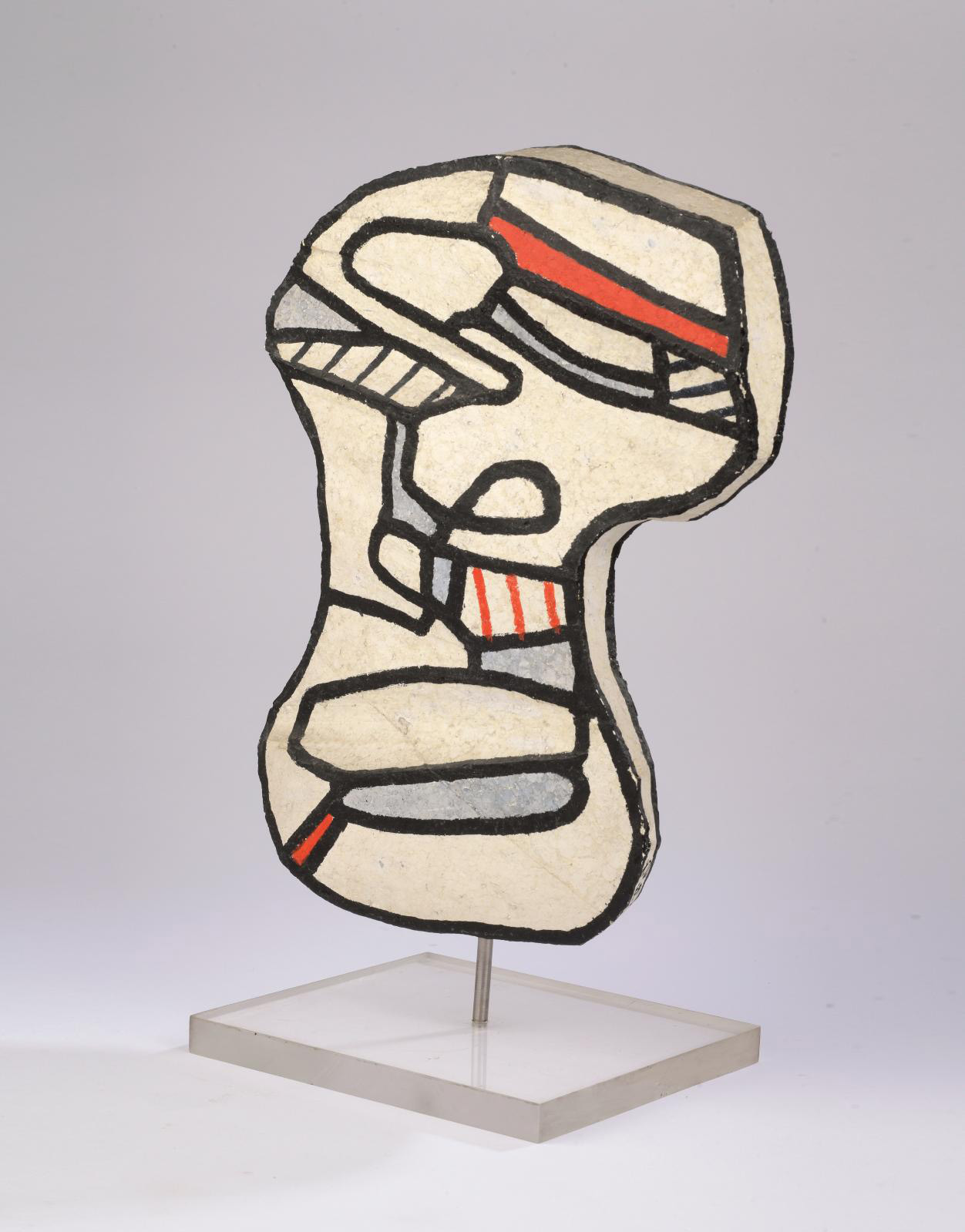 Success breeds success, they say. The children of Michelle Fagot, born Creuzevault, have every reason to be serene after deciding to sell a dozen paintings and sculptures they inherited. All they had to do was follow the sales dispersing the collection of Colette Creuzevault, Michelle’s older sister, held by De Baecque et Associés at Drouot on December 11, 2019, November 20, 2020 and November 19, 2021. Henri Creuzevault (1905-1971), a famous bookbinder in the Art Deco period, was a friend of writers and artists who became a gallerist in the buzzing post-war period. The works that he and his daughter Colette collected met with a very warm welcome, totaling over €2.5 M at the first sale. After her father’s death, Colette took over the gallery, which was on avenue Matignon before moving to rue Mazarine in Paris. Sculpture played a leading role. César and Germaine Richier gifted works to Henri, who passed them on to Michelle. César is absent from the sale, but the Hurricane, as she was nicknamed by her friends and with whom the dealer signed an exclusive contract in the spring of 1959 before continuing to promote her work, is featured with three bronzes: Escrimeuse avec masque, 1943 (Fencer with Mask, 1943), L’Échiquier, petit, 1955 (Chessboard, Small, 1955) and Tarasque, 1955.

En Garde!
Richier made Escrimeuse in 1943 in Zurich, where she took refuge during the war. When standing in front of the classically balanced sculpture, it is hard not to think of Antoine Bourdelle, whose only private student she was. The movement is ambiguous: frozen but on the alert. Poised to spring and wearing an almost grotesque mask, she appears as the matrix of the pieces that sprang from Richier’s imagination, one that reveals her fascination with insects and armories. Both Escrimeuse and L’Échiquier are estimated €80,000/120,000. Chessboards large and small are among her signature late sculptures. They seem like a metaphor for life. The chessboard is the basis of possible combinations governing the relationships between beings, the opportunity of moving according to the game’s strict rules. The knight with a seahorse’s profile expresses ruse, the rook looks quite fragile on its tripod, the bishop seems cunning despite his jester’s cap with bells. The chessboard, a chaotic, fragmented space, seems to be riddled with traps, dooming any move to failure. The more modest Tarasque (€8,000/12,000) seems as much a nod to Richier’s southern origins—her father was born in Provence, her mother in Languedoc—as an evocation of monsters, an outlet for fears. “When will there be a real major Germaine Richier exhibition with all the requisite pieces?” asks Damien Voutay, the sale’s expert. “She’s an immense artist who created multiple worlds with only about a hundred models.” The catalogue raisonné of her work and the retrospective that the Centre Pompidou has been promising for years are still expected. Popular during her lifetime, her works are now sought-after by a European public.

Eclecticism According to Henri Creuzevault
L’Hourloupe is the facetious name given to a diverse group of Jean Dubuffet’s creations. Begun in 1962, the Hourloupe series moves from monumental environments like La Closerie Falbala (1971-1973) to La Tour aux figures (The Tower of Figures, 1968-1985) and Coucou Bazar (1973), a live show that was performed just a few times. The paintings, drawings and sculptures are in the primary colors—red, blue and white—and increasingly marked by grooves or hatching. The innovative technique relies on synthetic materials—polyester, epoxy and polystyrene. Le Masque de théâtre IV, 6 mars 1969 (Theater Mask IV, March 6, 1969) belongs to a short series of five versions. They are unique pieces whose variety recalls Japanese nô theater masks. Henri Creuzevault sold two and kept the rest. Two of them were bought at sales in 2019 (€241,300) and 2021 (€144,780). If two artists are seldom together in the same collection, they are Jean Dubuffet and Bernard Buffet, whom Creuzevault introduced to printing. They were opposites in every way—training, personality, work—but had one thing in common: like our gallerist, they took their own lives. Two large drawings illustrate, as if any were needed, Buffet's drawing talent: Bouteille, verres et bouquet de fleurs, 1953 (Bottle, Glasses and Bouquet of Flowers, 1953, lead pencil, €15,000/20,000) and Chambre gothique, villa Spontini, Paris, 1955 (Gothic Room, Villa Spontini, Paris, 1955), dedicated to Creuzevault (€12,000/15,000). Louis-Ferdinand Céline held a special place among Jean Dubuffet’s favorite writers. He considered the rule-breaking rebel “a brilliant innovator, a poet of considerable breadth”. Dubuffet supported him during his 1950 trial and they met two years later. The artist received little in return for his enthusiasm and devotion: Céline is said to have preferred Bernard Buffet’s paintings.