About 40 works attest to the choices and tastes of the bookbinder-turned-gallerist and his daughter. Ernst, Richier, César and Matta are likely to arouse a great deal of excitement, like that of post-war Paris. 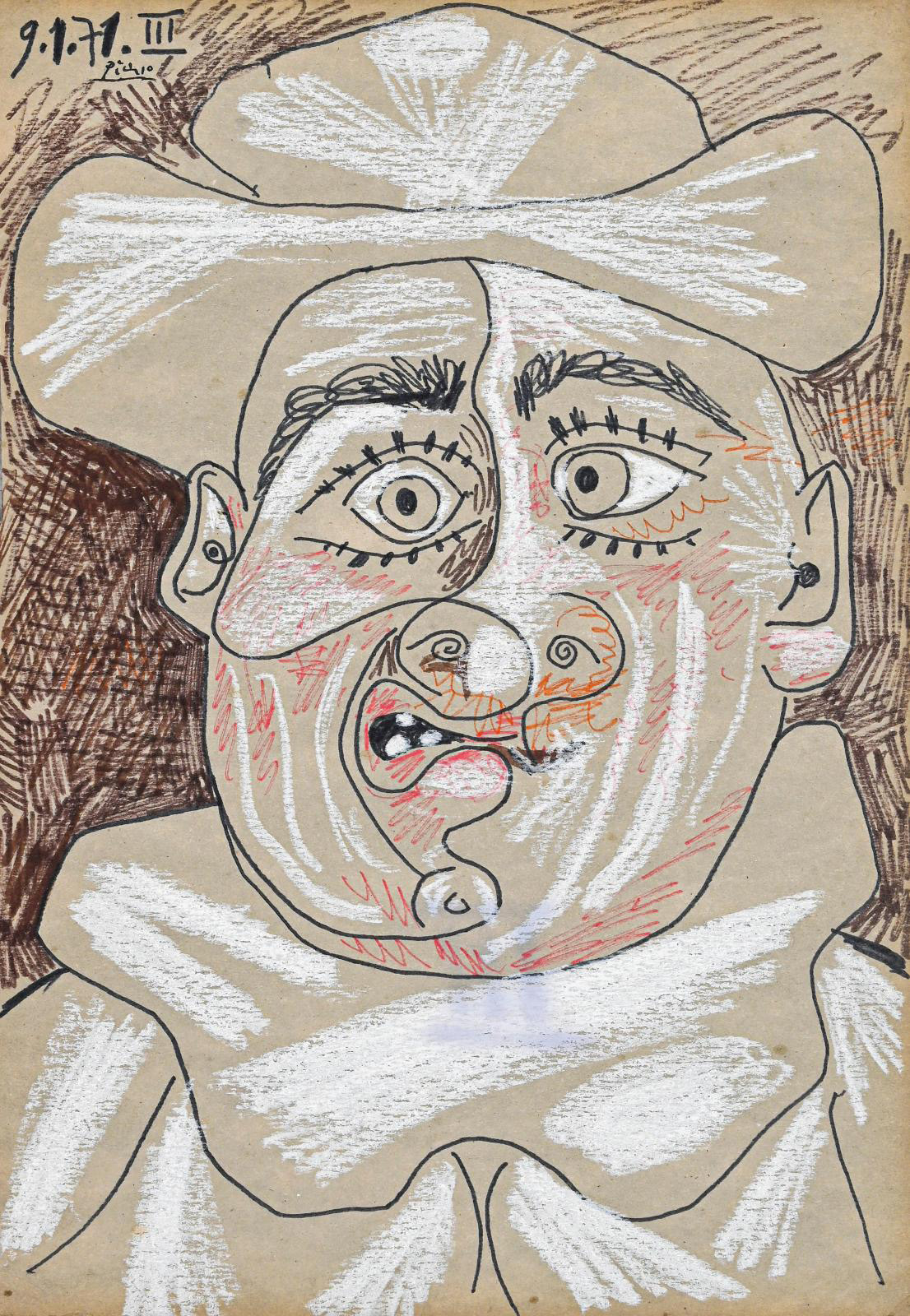 This new, and probably last, appointment with gallerists Henri and Colette Creuzevault is as eagerly anticipated as the one on December 11, 2019, which totaled €2,582,164 at De Baecque & Associés. "It’s sad but moving to see these memories leave the walls of the 16th arrondissement townhouse gallery and the Montfort-l’Amaury family home, where they’ve been seen so often," says Henri’s grandson Benoît Fagot. despite his calling as a painter, he learned the craft of leather gilding and joined his father Louis Lazare Creuzevault’s bookbinding workshop. After military service in the Middle east he took charge of carrying out the decorations the workshop was asked to do while running the business and designing his first dummy books. In 1936 his bookshop and deluxe book-publishing house moved to rue du Faubourg-Saint-Honoré. Mobilized in 1939 but declared unfit for duty Creuzevault, nicknamed the "painter-binder", resumed his activities in 1941. Creuzevault participated in the creation of the Society of Original Bookbinding (Société de la reliure originale) and saw his work exhibited in two shows at the French national library (Bibliothèque nationale) (1947 and 1953) and in Lyon in 1949, the year he bound Picasso's Buffon for the Victoria and Albert Museum in London. Commissioned for textile models, he worked for the Brochier company in Lyon and in 1954 made a tapestry and a carpet for the Mobilier National. In 1957 he closed his bookshop in the faubourg Saint-Honoré in Paris and opened a gallery at 9 avenue Matignon, which exhibited work by quintessential contemporary painters including Max Ernst (1958), Serge Poliakoff, Oscar Domínguez, Ladislas Kijno, Joan Miró, Nicolas de Staël, Georges Braque and Bernard Buffet.
Creuzevault, who called his period "the century of sculpture", gave a privileged place to this medium, which was shown little then. Meeting Germaine Richier was decisive. His daughter Colette picked up the torch and continued the gallery’s adventure on rue Mazarine, an obvious choice—the right place at the right time.

Max Ernst and Germaine Richier
It goes without saying that the painting by Max Ernst (1891-1976), an "absolute masterpiece," says auction expert Damien Voutay, will spark a bidding war. The tension may also reach a peak with Germaine Richier’s works, which are extremely rare on the French market. They illustrate his talents as a visionary and discoverer. He took France’s two major artists in the 1950s-1960s under contract: Richier and César. The large Vierge folle (Foolish Virgin) in bronze with a brown patina ushered in a series of works focusing on the human figure, including L’Orage (Storm Man), 1947-1948, Berger des Landes (Shepherd in the Moorland), 1951, and Griffu (Devil with Claws), 1952. This fascinating, mysterious, very restrained nude illustrates the parable of the "Wise and the Foolish Virgins" from the Gospel according to Saint Matthew, a rare theme in art history since Gothic sculpture.
No retrospective has been devoted to Richier, nicknamed by her friends "the hurricane", since the 1996 Maeght Foundation show, in Saint Paul de Vence, southeastern France. The same cannot be said of Pablo Picasso. Creuzevault bought Tête de Pierrot (Pierrot Head), 1971, and Centaure ailé au hibou (Winged Centaur with Owl), a bronze proof based on a red terracotta made in Vallauris in 1950, at Louise Leiris’s gallery on rue de Monceau. Alongside Daniel-Henry Kahnweiler, of whom she was the daughter-in-law and collaborator, Ms. Leiris witnessed Picasso’s assiduous work. Transmitted to Ms. Creuzevault, this face, more strange than beautiful, is estimated at €130,000/150,000, the small bronze €20,000/30,000.

Leitmotiv
Twelve works by César, whose birth centenary will be celebrated on January 1, still show how daring Creuzevault was in the mid-1950s by showcasing the talent and verve of the young artist from Marseille. In spring 1973 Ms. Creuzevault organized the "Tête à têtes" exhibition. Only bronzes were auctioned on December 11, 2019, including a wider survey of César’s work, starting with three welded iron sculptures: the spectacular Corbeau (Crow), 1955, (€40,000/50,000), Poule-paon (Chicken-Peacock), 1956, (€50,000/80,000), of which a copy in bronze is also offered (€15,000/20,000), and Échassier (Wading Bird), 1959 (see photo page…), "a veritable museum piece," says Mr. Voutay. So is the emblematic Pouce (Thumb) from 1964. This sculpture was originally cast in eight bronze copies, of which ours is one, before being made in glass and resin in various sizes. Taking up his vocabulary of assembling, compressing and imprinting, César’s four mask-self-portraits from 1972-1973 (bronze, €4,000/6,000 each)—Au tissu (With Fabric), Aux fesses (With Buttocks), n° XXXI and Culotte de velours (Velvet Underwear)—are probably his most personal and accomplished works. Lastly, Niki de Saint Phalle’s Chat bleu, la queue dressée (Blue Cat, Raised Tail) in painted fiberglass, c.1982 (€20,000), André Derain’s Portrait (c.1918-1919) in repoussé copper (€6,000/8,000) and a large format by Roberto Matta, Infraréalisme, exhibited by Ms. Creuzevault in 1973, recall the gallerists’ choices and taste for fantasy, color, the disturbing and the weird—which often go together.