The Collection of Georges Heilbrun: A Joyous and Erudite Bookseller

This outstanding bookseller made his mark on the bibliophile world through his personality and faultless erudition. Forty-five years after his death, this sale reveals the 140 books he kept for himself. 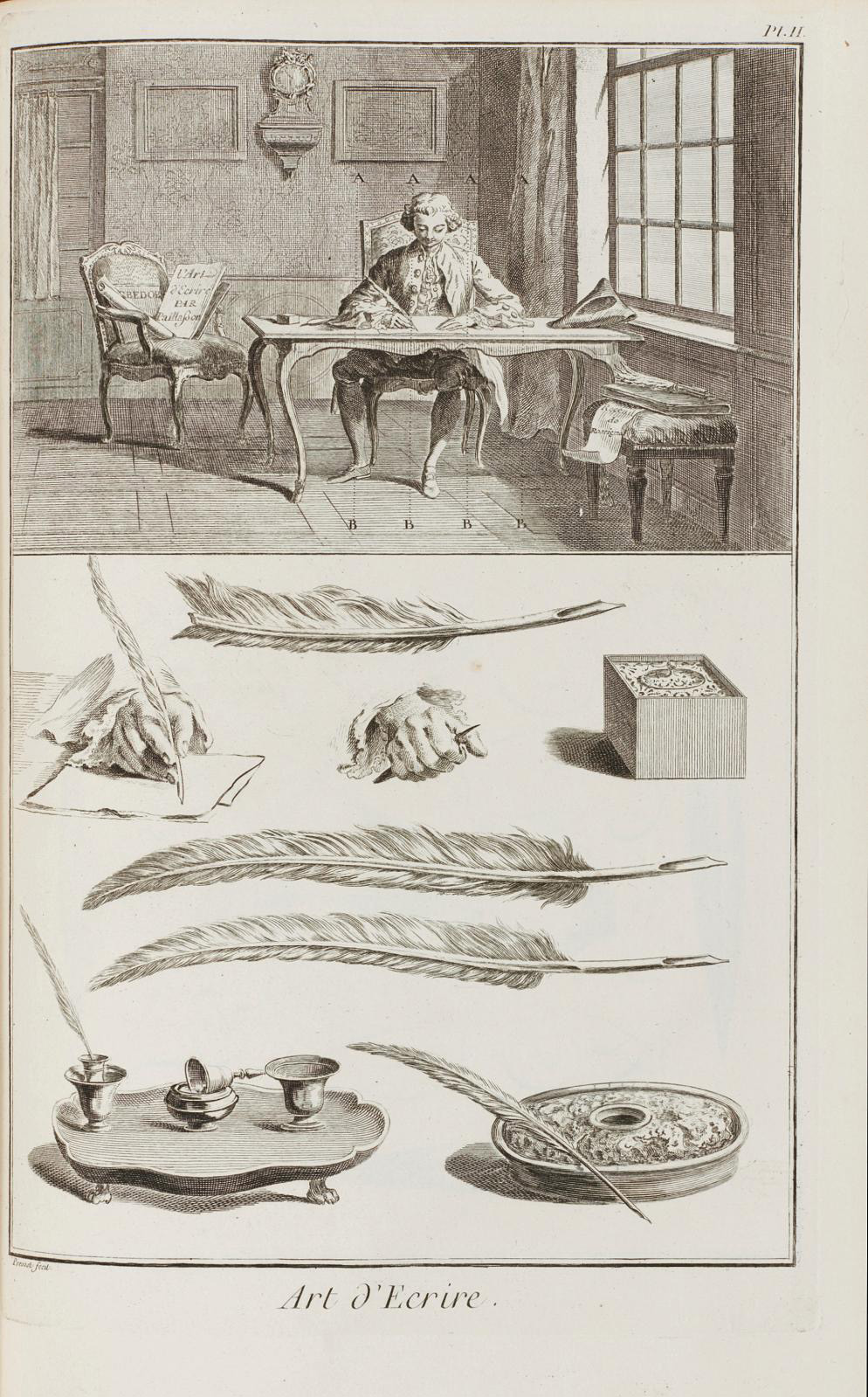 Nothing suggested that Georges Heilbrun would become a leading bookseller after the war. At his birth in Belgium in 1901, his career seemed already decided. The first stroke of destiny was his parents' move to Paris, when they entered their son in the Lycée Chaptal. They planned for him to go to the Centrale post-graduate school and join the family business. But the stars decreed otherwise – after all, his motto was Faventibus Astris (May the stars be favorable). Christian Galantaris, a sale expert, recounts an anecdote: "Thanks to a French teacher who showed his pupils an early edition of Brantôme's chronicles, he glimpsed the wonderful world of antiquarian books and their potential delights. From that moment forward, he took a constant and growing interest in them, spending his pocket money on a small collection of books he found with second-hand booksellers." Georges opened a shop in 1930 at 76 Rue de Seine, Paris: a venue that became a rallying point for leading bibliophiles, all made welcome by this handsome man with his imposing stature. He was admired for his stimulating conversation, impressive erudition and above all the discoveries he provided, having unearthed them as an expert sleuth. He published forty-four catalogs, some of which are still references, all illustrating the extent of his innovative approach to books and his personal knowledge of them. Heilbrun also led a happy life as the father of three (two daughters, one of whom, Françoise, became chief curator in charge of the photography department at the Musée d'Orsay in 2000, and a son), with financial independence that enabled him to split his leisure time between his home and his boat. Like his colleague Pierre Berès, he built up his own collection of exquisite books, which was divided between his three children at his death. The share that went to his son – now being presented at auction, and the only one to remain intact – contains some bibliophilic masterpieces and curiosities.

Incunabula and Other Marvels
In 1764, some three hundred years after the famous Gutenberg Bible was printed, the typographer Pierre-Simon Fournier provided an apposite definition of his trade (which rhymes in French): "From God comes this ingenious Art/Of painting the word and speaking to the eye,/And through the various features of the figures traced/Giving color and substance to our thoughts." In a few years, the art of printing developed at lightning speed from a book resembling a medieval manuscript to the object we know today. 1494 saw the publication of the didactic and satirical poem Das Narren Schyff (The Ship of Fools) by the Strasbourg humanist poet Sébastien Brant (1458-1521). This was soon translated into Latin under the title Stultifera Navis by Jacob Locher (1471-1528), a humanist made poet laureate by Maximilian I in 1497, the publication year of the copy Georges Heilbrun bought for himself at the 1973 Robert Danon sale. In it, in 112 chapters, Brant presents an overview of all the varieties of fool ­– including himself, whom he describes in the first chapter as a foolish booklover (estimate: €20,000). The following year, Aristophanes' Comædiæ novem came out, published in Venice by Alde Manuce in Greek – a fine illustration of the quality and novelty of the Greek characters used in his workshops. Also published that year was the Hypnerotomachia Poliphili attributed to Francesco Colonna, in an in-folio format: a typographical miracle, and a perfect symbiosis of text and image that still preserves the mystery of its illustrator's name. This is estimated at around €180,000. There are few illustrated books from the 18th century or Romantic period in his collection, but there are two magnificent exceptions. One is the complete copy of the first edition of Diderot's Encyclopédie, 1751-1780 (estimated at €50,000): thirty-five volumes in period marbled calf bindings with this illustrated monument dedicated to science. The other is The Fables of John Dryden (1631-1700), appointed poet laureate in 1668 (a title he lost after his conversion to Catholicism), illustrated by Lady Diana Beauclerk, née Spencer (1734-1808). An almost-forgotten classical poet and an aristocratic artist thus regain some of their glory with an estimate of €2,500.

Illustration and Knowledge
Another gem is the copy of Pierre-Simon Fournier's Manuel typographique, a real encyclopaedia of tools and typefaces in two volumes (estimate: €5,000). The first provides a detailed description of letter stamps, the art of cutting them, the materials used and their proportions; the second, in 250 pages, reproduces various French and foreign characters, vignettes and musical signs engraved by Fournier, which formed his collection. These tools were used until the recent arrival of digital printing. As a nod to the cursive popular during the Renaissance, Le Chant des morts (1948) reproduces in facsimile Reverdy's calligraphic poem illustrated by Picasso, his friend from the Bateau-Lavoir period (estimate: €15,000). Georges Heilbrun asked Henri Mercher for a binding, where the latter "used molten tin projections for the first time. Begun under the inspiration of recognition, it ended under that of friendship. On April 14, 1962 in my Paris studio in Rue Visconti "... The love of books thus brought together men who shared the same thirst for knowledge and the same appreciation of beauty, in terms of printed text, style and illustration alike.

Perfection in bibliophilic terms depends not on a value judgment but an observation: the conjunction of a text, artist, edition and bookbinder, through the choice of a booklover, in the same space-time. While the text dates from the early Renaissance, the interest of Maurice Denis (1870-1943) in the Italian Primitives and St Francis of Assisi renewed the conception of sacred art at the dawn of the 20th century. His first drawings illustrating the Fioretti date from 1910-1911, and the book was published two years later, printed on paper specially made for this edition. Simultaneously, the copy for Marcel Lecreux received a binding by Marius Michel – a fact unusual enough to be highlighted, hence the word "perfect". Maurice Denis, a frequent traveler in Tuscany, loved its gentle, subtly-colored landscapes, and applied the prism of his subjectivity to them. For the Fioretti, he produced a frontispiece and seventy-nine color compositions, engraved on wood by Jacques Beltrand (with help from his brothers), with different framing for each page. Marius Michel was then asked to bind the book in a way that harmonized with all these. The result was this sublime binding with an understated exterior, lined with a mosaic of idealized floral motifs in five shades of dark tones.
Livres - collection Georges Heilbrun
Salle 7 - Hôtel Drouot - 9, rue Drouot - 75009
Audap & Associés
Infos et conditions de vente
Catalogue